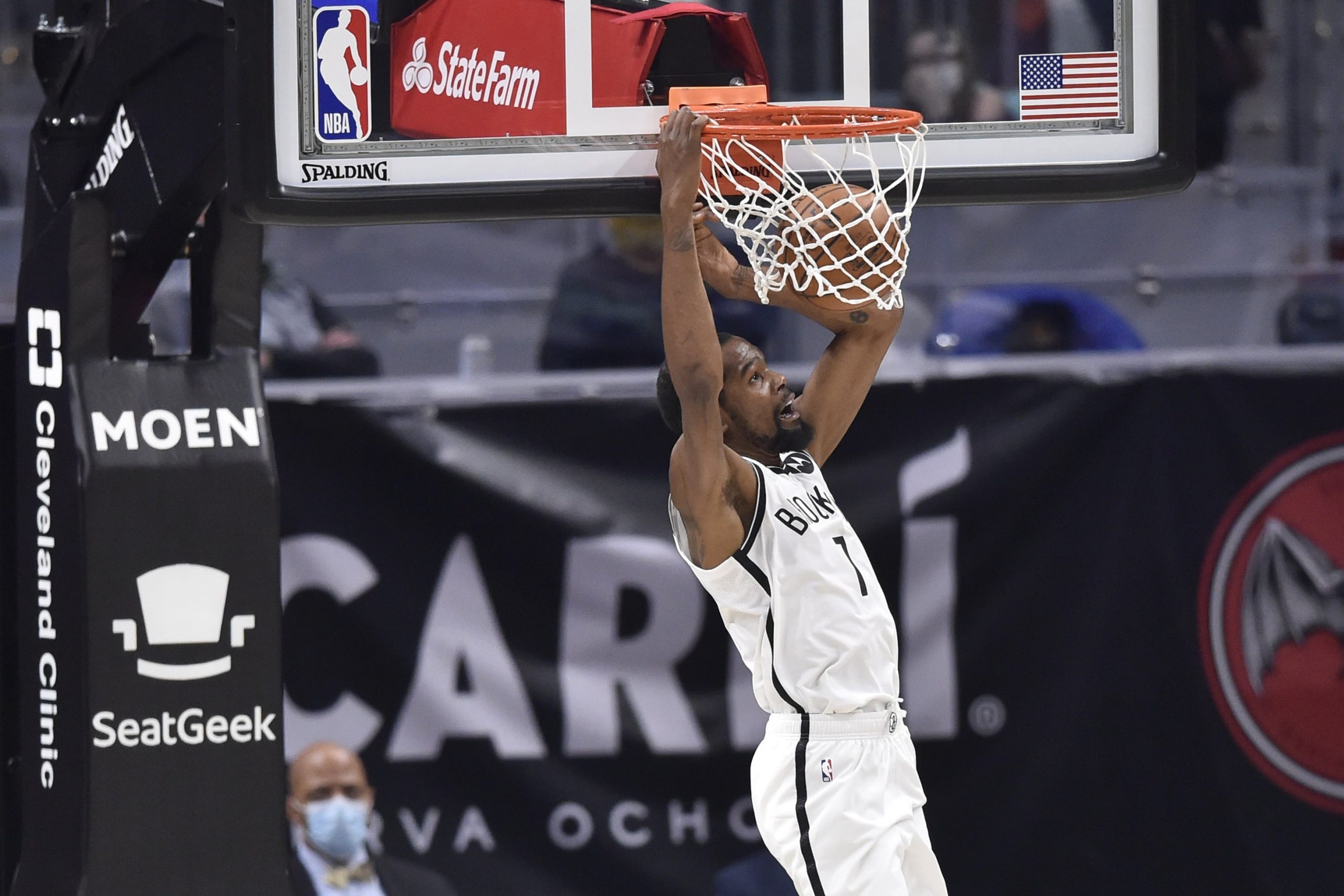 After a monster 11-game slate last night the NBA returns with seven more intriguing matchups tonight. We will once again get the chance to see how the new-look Brooklyn Nets mesh together with their big three set to appear in their second game together. In all, there are five players playing tonight that have won the MVP trophy, so plenty of exciting action to look forward to. Be sure to check out our picks on the side and total for all of those games.

Lets take a look at three of the best NBA player prop bets to go for tonight.

Kevin Durant is coming into this one after being rested in Cleveland which means that he will probably be the only player on the floor that did not play last night. The fact that he is fresh should make him the focal point of the Nets’ offense tonight, more so than he already is. Durant has been able to score 28 or more points in every game he has played this year, apart from one, where he dropped 26 on the Knicks on the second night of a back-to-back.

With Jimmy Butler being out, the Heat have given opposing wings a few big scoring nights as well, highlighted by the 21 points scored by O.G. Anunoby last night. Kevin Durant will be a much tougher guy to handle. I expect him to drop 30 or more here without much trouble.

Be sure to check out our full game preview for Miami Heat vs. Brooklyn Nets.

Nikola Jokic torched the Suns on the way to 31 points last night and will be looking to do so once again here. The Joker has a clear offensive advantage over Deandre Ayton, and he knows that he can hurt him from all over the floor. He has enough size to post Ayton up and can use his offensive arsenal to take him off the dribble as well.

Jokic is now averaging 25.5 points per game on the season and 31 over the last week. He has been very aggressive on offense lately as seen by the 27 field-goal attempts last night. If he maintains that level of aggression, he should score over 25 tonight once again. Considering he has not had fewer than eight rebounds in a game all season, this over should fall quite comfortably.

The Nuggets (+1.5) who were down by 14 at half now only trail by 5 thanks to plays like these 👀pic.twitter.com/VXiGqPuv77

These Bulls and Lakers have faced off once already this season in a game that Zach LaVine lit up at the Staples Center. LaVine had 38 points on the night and will fancy his chances of recreating that effort on his home floor. He is currently seventh in the league in points per game and currently averages two more points at home than he does on the road which will work in his favor tonight. He has also been the leading scorer for the Bulls in five of their last six games. In four of those efforts, he was the top scorer on the game as well.

LeBron James carried the load for the Lakers in their last game against the Bucks, scoring 34. But this was his first time scoring over 30 in a game this season and considering he is now 36 years old, I don’t expect him to be as motivated and aggressive against this Bulls team. Anthony Davis on the other hand is going through a self-proclaimed slump and has failed to surpass 20 points in any of his last five games. The door is wide open for LaVine to come in and dominate this game in scoring once again.

Be sure to check out our full game preview for Los Angeles Lakers vs. Chicago Bulls.