Best player prop bets for Sunday's NBA slate: Jokic gets back to sharing 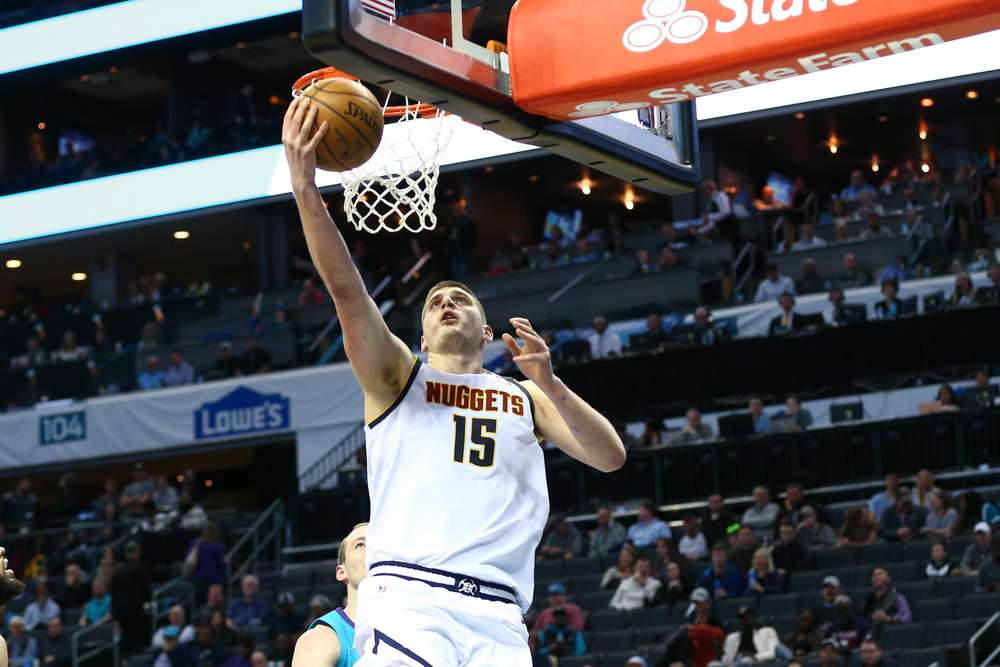 We managed to hit three of our four player prop picks last night so let’s try and go one better here as the NBA returns with another six-game slate. The top teams from each conference are in action tonight as the Utah Jazz look to extend their NBA-leading 11-game win streak against the Nuggets. In the East, the 76ers will take on the Pacers, who themselves are a top-four team in the conference in what should be an exciting matchup. Make sure you check out our picks on the side and total for each of those games.

But before then, let’s take a look at some of the player prop bets consider tonight.

Undoubtedly, Nikola Jokic is one of the best passing big men to have ever graced the NBA, but he has been on an assists drought lately. He has managed to surpass this total just once in his last six games, but I believe his hand will be forced here tonight by the Utah Jazz. With Rudy Gobert in the paint, Jokic will play a massive role in drawing him out so that his teammates can get scores at the rim. Michael Porter Jr. is now back with the Nuggets which gives Jokic another slasher to look out for.

The last time these two teams met, Jokic attempted six shots from deep which was significantly higher than the 3.6 he averages on the season. He also dished out nine assists and was just one shy of a triple-double. I think you can expect a similar offensive approach from him tonight, roaming the perimeter and looking to create angles for his teammates before dishing the ball off.

Be sure to check out our full game preview for Utah Jazz vs. Denver Nuggets.

Russell Westbrook to record a triple-double (+500)

Russell Westbrook has four triple-doubles so far this season and averages 18 points along with nine rebounds and assists. Ever since coming back from several postponed games, the Wizards and Westbrook have really struggled, but this is a perfect game for at least Westbrook to put up big numbers.

The Nets have been giving away points to teams for fun lately. Even the lowly Thunder offense was able to score 125 points against them. Westbrook should be able to exploit their defensive deficiencies. The Wizards play at the fastest pace in the league, and the Nets are no slouches too. There will be plenty of assists and rebounds to go around here, and I expect Westbrook to grab his share here.

Be sure to check out our full game preview for Brooklyn Nets vs. Washington Wizards.

With Joel Embiid being a huge physical presence in the paint, most big men look to back away from there if they can. Luckily for Myles Turner, he is quite a capable three-point shooter, knocking down 33 percent of his attempts from range. I expect him to leave Domantas Sabonis to wrestle the 76ers in the paint in this one whilst he roams the perimeter looking to get his shots up.

Turner attempted seven shots from deep in his last match against the Hornets and considering the opponent tonight, that should be the minimum expectation for him tonight too. The 76ers are bang average when it comes to defending the three-point line in the league, so the stats would suggest that there is no reason turner should not be able to make two shots from deep if he puts the attempts up.

Be sure to check out our full game preview for Philadelphia 76ers vs. Indiana Pacers.

The Minnesota Timberwolves are really short-handed on the inside at the moment, with Karl-Anthony Towns confirmed out for this game and Naz Reid being questionable. This should allow the league leader in rebounds to absolutely dominate tonight and clear the glass. Drummond has managed 16 or more rebounds in three of his last five games and he should add to his tally tonight.

The Timberwolves have been awful rebounding the ball and have recently given up 19 boards to another leading rebounder in Clint Capela. Considering that statistically the Wolves are the worst team in the league in preventing offensive rebounds, look for Drummond to have a similar performance to that here.

Be sure to check out our full game preview for Cleveland Cavaliers vs. Minnesota Timberwolves.