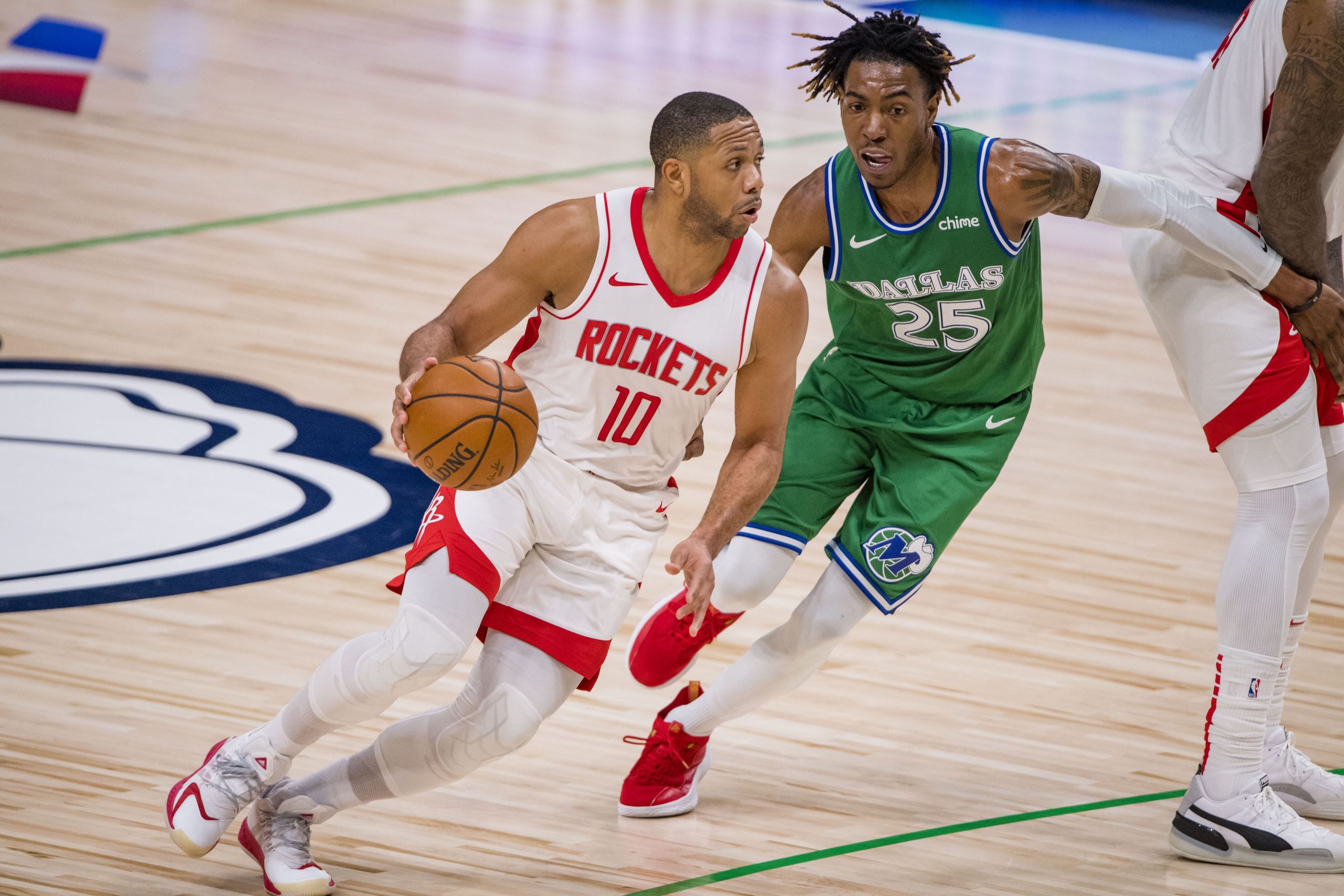 After yesterday’s monster NBA slate and all four of our player props hitting last night, we return to try and keep that streak going. Just four games to choose from tonight but there is still plenty of star power on show with LeBron James, Steph Curry, and Damian Lillard all taking the floor today. Make sure you check out our picks on the side and total for each of those in our full-game previews.

Here are our three best player prop picks for tonight.

Eric Gordon seems to have rediscovered his shooting touch of late and has been able to string together several consistent performances. He has now managed to score 20 points or more in each of his last five games, including 20 against the Wizards despite moving back to the bench. His minutes should stick around the 30-minute mark going forward, allowing him to become the Rockets’ main scoring punch off the bench.

The Portland Trail Blazers are 26th in the league in opponent points per game and rank near the bottom third in opponent three-point percentage, allowing teams to shoot at a 37 percent clip from deep. Factoring in that they have recently given up 20+ point games to several bench players, including guards Patty Mills and Immanuel Quickley, Gordon should have plenty of opportunities to follow in their steps.

Be sure to check out our full game preview for Portland Trail Blazers vs. Houston Rockets.

Even with the absence of Kawhi Leonard and Paul George, Nicolas Batum has struggled to step up and take on an additional burden for the team. He has failed to combine for this total in each of his last eight games. In games where he can pick up his scoring, the rest of his numbers drop off. Over that eight-game stretch, he reached double-digit points three times, but in those three games he combined for nine rebounds and just two assists.

The Miami Heat have done a fairly good job of limiting teams offensively, and with the likes of Avery Bradley and Andre Iguodala on their roster, Batum may struggle to get anything going. Bank on him to have a quiet night.

Be sure to check out our full game preview for Los Angeles Clippers vs. Miami Heat.

Whilst Draymond Green is not putting up spectacular numbers this year, his assists figures have been consistently good. He has managed to record eight or more assists in five of his last nine games and I fancy his chances of doing so again. With much of the focus from teams going towards stopping Steph Curry, Green is usually left wide open to roam and tends to provide an outlet for Curry when he is double-teamed. Green currently shoots just 36 percent from the field and 23 percent from deep meaning teams give him plenty of space to operate. The Warriors are third in the league in pace and in the top third for assists, so look for Green to rebound the ball and push it up the floor himself, kicking it to open shooters.

Be sure to check out our full game preview for Golden State Warriors vs. Phoenix Suns.