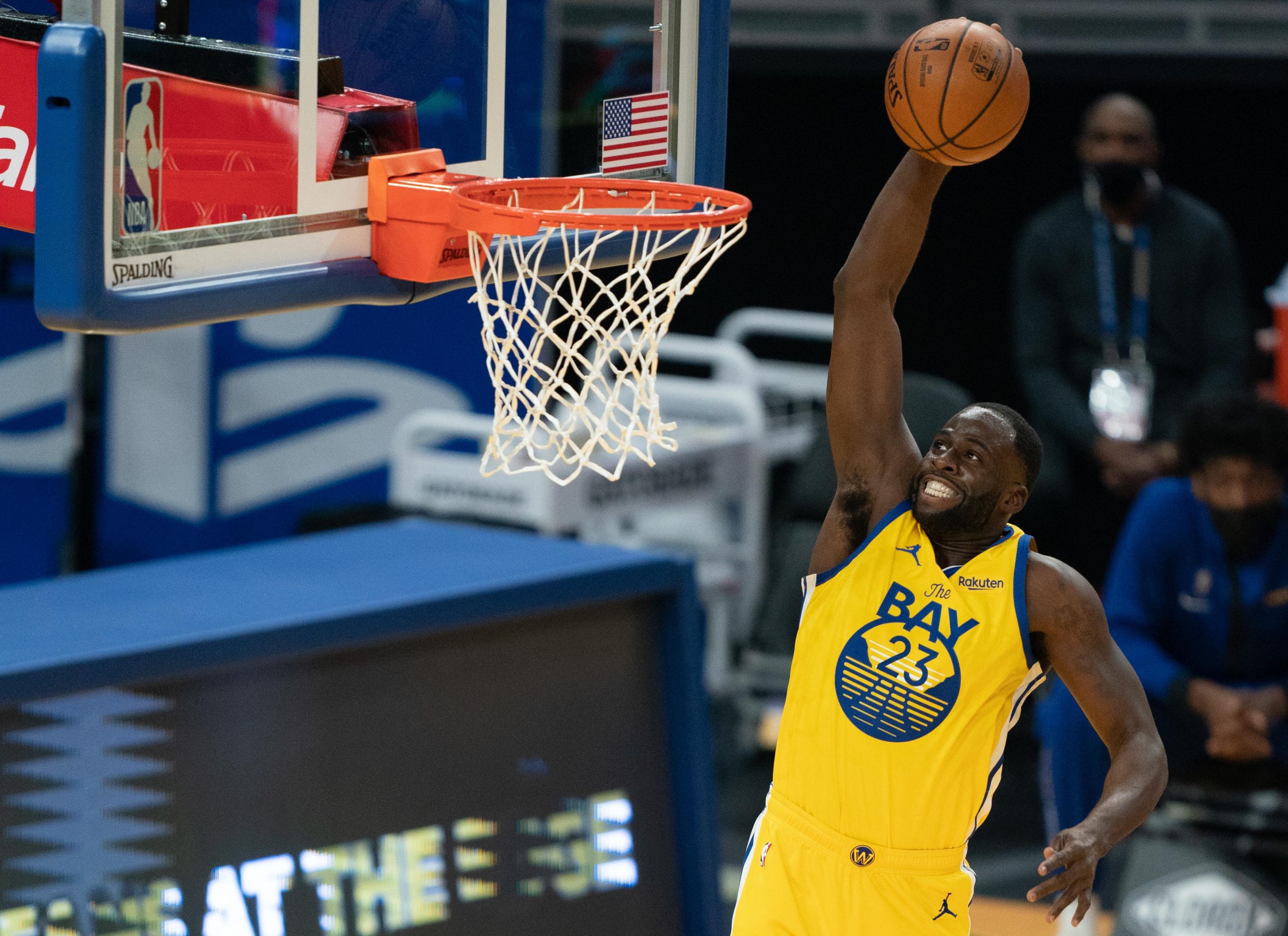 We are one day closer to Superbowl Sunday which also means we have another NBA slate on our hands tonight. There is a total of five games for us to enjoy, with the pick of the bunch being the matchup between the King and the Joker. Last year the Lakers knocked the Nuggets out of the playoffs, and it will be exciting to see whether Nikola Jokic can exact his revenge tonight. Be sure to check out our picks on the side and total for all of tonight’s games.

In the meantime, here are four of the best player props bets that I have found for tonight’s games.

The Golden State Warriors are going through an injury crisis, and they will require the versatile Draymond Green to step up and pick up the slack. James Wiseman, Kevon Looney, and Marquese Chriss are all unavailable through injury, meaning there is no established big man left on the Warriors’ roster.

This is where Green steps in to save the day for the Warriors. Whilst he only averages just over six rebounds per game on the season, he was able to pull down 11 boards after Looney went down in Golden State’s game against Boston. With big minutes available to him at the five position and plenty of experience in being the small ball center for the Warriors, look for Green to have a big rebounding night.

Be sure to check out our full game preview for Golden State Warriors vs. Dallas Mavericks.

After a slow start to the season, Bojan Bogdanovic is starting to produce the kinds of performances that are expected from a player of his caliber. He is averaging 26 points over the last week and that includes a huge 32-point outing against the Denver Nuggets. He has been terrific shooting from deep, making at least four three-pointers per game over that stretch, and has also been able to get to the line.

With players like Donovan Mitchell in the Jazz starting line-up demanding the opposing team’s best wing defenders, Bogdanovic is once again likely to benefit from a more favorable matchup. Tonight, I expect to see Cam Reddish matched up with Mitchell whilst Bogdanovic is left to torment Kevin Huerter.

Be sure to check out our full game preview for Utah Jazz vs. Atlanta Hawks.

De’Anthony Melton has been a pleasant surprise on this Grizzlies team since the return of Ja Morant. He has now happily slotted into the sixth man role for this team and is the main offensive driving force for their bench. He is averaging over 16 points per game over the last week and is likely to continue that level of production tonight against the Rockets.

One of the main reasons why Melton is seeing increased playing time is his ability to shoot from deep, where he makes 42 percent of his attempts. With the Grizzlies being 28th in the league in terms of three-pointers per game, his presence on the floor is key to help open the floor for their offense. Look for him to knock down a couple from deep tonight, and if he does, the rest of this total should fall easily.

Be sure to check out our full game preview for Houston Rockets vs. Memphis Grizzlies.

Nikola Jokic is coming off a 47-point game which tied his career-high. He was able to step up and deliver against a Jazz team that was on an 11-game winning streak and now he will have another big platform to play on — a nationally televised game against the defending champion Lakers who knocked Denver out of the playoffs last year. I expect to see the best version of the Joker tonight.

Whilst his scoring has been impressive lately, this line factors in all the other ways that Jokic is able to dominate the game. He has double-figure rebounds in nine straight games which included a 22-board game against the Suns. He has not reached 10 assists in his last eight, but considering he is the best passing big man in the league, it’s only about time before he does. Do not be surprised to see him get close to a triple-double here, which would likely mean that he manages to get the over on this one.

Be sure to check out our full game preview for Denver Nuggets vs. Los Angeles Lakers.

Pickswise is the home of free sports picks, news, and best bets. Check out our expert NFL Picks including our very own Super Bowl page, as well as NBA Picks, and College Basketball Picks throughout the season