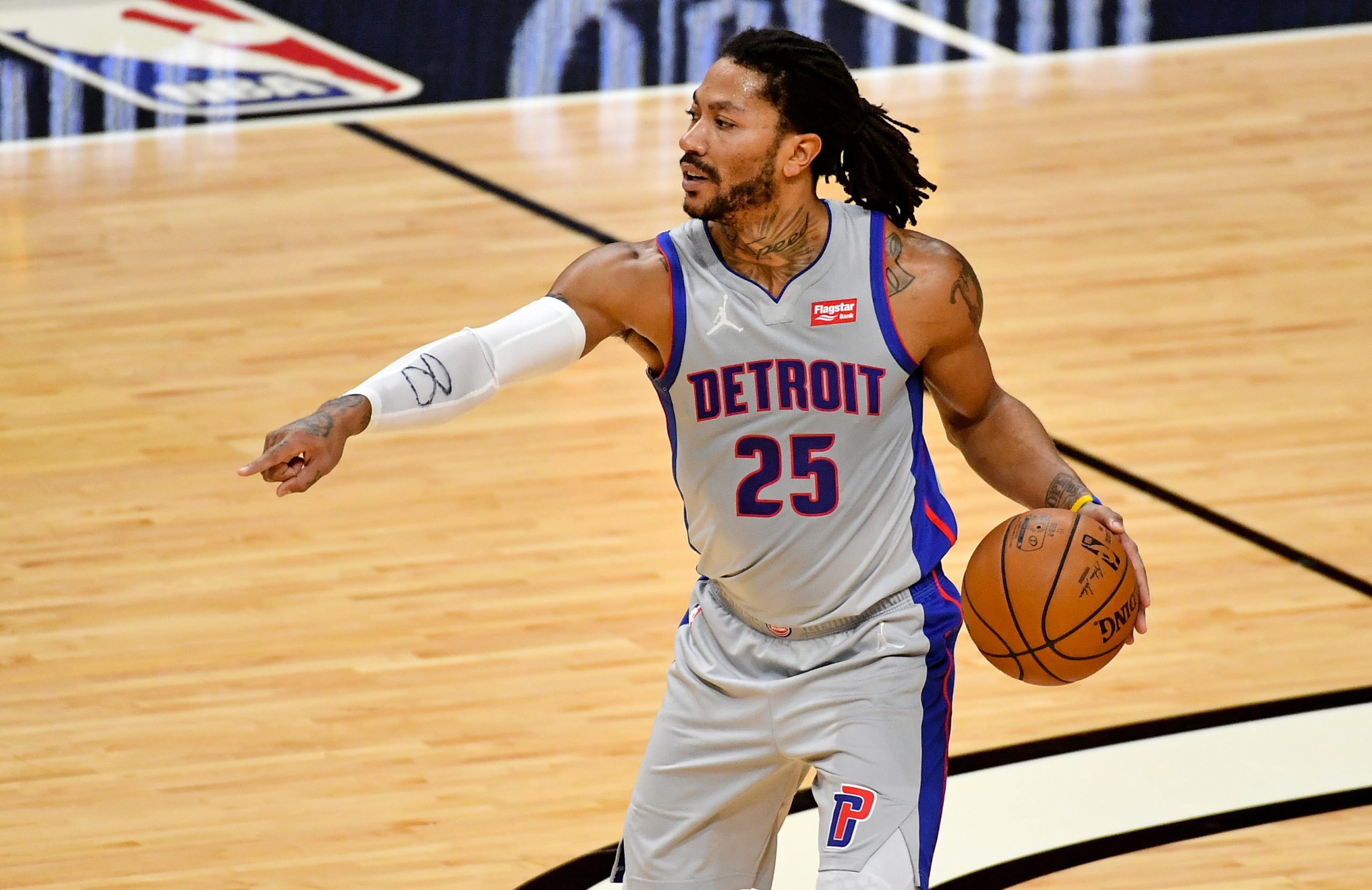 After just two games last night, the NBA returns with an exciting 10-game line up that could see the first time the Brooklyn Nets trio of James Harden, Kevin Durant, and Kyrie Irving share the floor together. The Pickswise team has been crushing it on player props lately, with 11 of our last 14 selections over the past four days getting it done.

Be sure to check out our thoughts on the side and total for every game tonight, but for now, let’s see if we can keep this player prop rolling with four more selections.

Derrick Rose has come back from a minor injury with two very strong games against Miami, scoring 21 and 23 points in those contests. He has really embraced the sixth man role offered to him by Dwane Casey and seems to be thriving in it, scoring 15.5 points per game this season. That is bang on in terms of where the line is set for him today. The fact that he has played well the last two games and that he will have Trae Young guarding him at some points gives me confidence this will go over. The Hawks are 20th in the league in turnover per game and with Rose averaging three steals over the last week, I expect him to get a couple of extra opportunities to score from turnovers.

Be sure to check out our full game preview for Detroit Pistons vs. Atlanta Hawks.

Derrick Rose drops 23 off the bench in the @DetroitPistons victory! #DetroitUp pic.twitter.com/rhyNzjAv82

Even with the possible return of Seth Curry to the 76ers, this bet represents amazing value. Curry would likely see reduced action as he has not played for two weeks, and Shake Milton has been in the best form of his career. He is averaging close to 17 points per game this season and has scored 28, 31, and 24 in his last three outings. This has led to him being nominated to win the Eastern Conference player of the week award and it’s hard to see his form suddenly dropping off for this one. Milton has incredible ball-handling skills and is very effective in getting to the paint. With Boston not having an established shot blocker at the rim, I am expecting another strong performance from him here.

Be sure to check out our full game preview for Boston Celtics vs. Philadelphia 76ers.

With Karl-Anthony Towns still unavailable for Minnesota, Nikola Vucevic should have free reign to dominate in the paint tonight. The big man from Montenegro averages 10 rebounds per game but he has been able to secure 12 or more rebounds in four of his last six games. This will be a perfect matchup for him as Minnesota ranks in the top 10 in the league for field goal attempts and pace, yet they are fifth worse in the league in terms of field goal percentage. In the last game they played, Clint Capela was able to grab 15 rebounds, two above his season average, and I expect Vucevic to have plenty of opportunities to do the same here tonight.

Be sure to check out our full game preview for Orlando Magic vs. Minnesota Timberwolves.

Victor Oladipo had an explosive debut for the Rockets, scoring 32 points against the Chicago Bulls which was only topped by the 33 points scored by Zach LaVine. The Phoenix Suns however are not a team that has an established player that can give them 25+ per night consistently, and in their last game against Memphis, no one from Phoenix cracked the 20-point mark. Devin Booker was that guy for them last year, but he only averages 22 points per game this season.

It will likely come down to Oladipo and Christian Wood for the top point scorer in the game, and I am leaning towards Oladipo. He showed terrific aggressiveness in the opener, racking up 23 shots which was seven more than Wood managed. With John Wall remaining out, there is no reason to believe Oladipo will not have the ball in his hands as much tonight. He should have another big scoring performance here.

Be sure to check out our full game preview for Phoenix Suns vs. Houston Rockets.