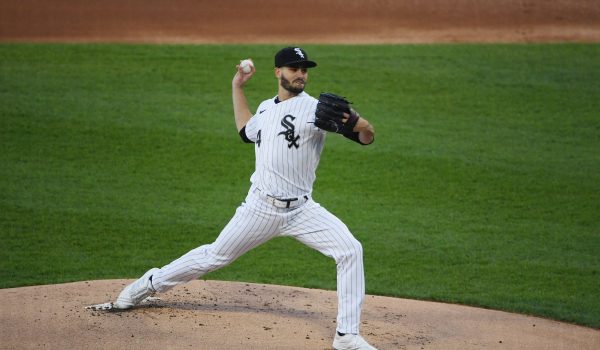 It is Saturday, which means there are bets to be placed.  Specifically, MLB player props. We have a full slate of 15 matchups with one double-header, so there are plenty of options for us to consider. I have two great MLB player props that I will share here, but when you’re finished reading them, be sure to check out our full game previews and picks for every MLB game today.

Death, taxes, and Dylan Cease dominating the Tigers. Nobody loves pitching against the Tigers more than Cease, and he will be set up for another strong day in this matchup on Saturday. Cease has made seven career starts against Detroit, and he has won all of them. He is 7-0 with a minuscule 1.91 ERA against the Tigers, and he has yet to allow a run against them in two starts this season. He has reached this number with ease each time, racking up 19 strikeouts in 14.0 innings.

The Tigers are a team to target with strikeout props, as they swing at a lot of bad pitches. They swing outside the zone at the fifth-highest rate in the majors, and their 641 strikeouts on the year are the second-most in all of baseball.  Detroit’s lineup yesterday featured four rookies, and they lack offensive experience.  That definitely favors Cease, and there are multiple players on the Tigers who are double strikeout targets. Lucas Giolito was able to punch out nine Tigers yesterday, and Cease should be able to keep the Ks coming on Saturday.

Be sure to check out our full game preview for Chicago White Sox vs. Detroit Tigers

The Dodgers are starting to get some of their key players back from injury, and they have been playing extremely well lately. They have won six of their last eight games, and they have been taking care of business against weaker competition. Los Angeles swept Pittsburgh and defeated Texas 12-1 in the first game of this series last night. The Rangers are just 24-40 on the year, while the Dodgers are 38-25.

Trevor Bauer will be on the mound for the Dodgers, which typically does not bode well for their opponents, especially at Dodger Stadium. So far this season, Bauer is 4-0 with a 1.69 ERA and .138 OBA in four starts at his home ballpark.  He lost his last outing on Sunday against Atlanta, but this is a perfect spot for him to bounce back with a win.

The Rangers are just 9-24 on the road this season, and Bauer is one of the toughest pitchers to face. He is posting elite strikeout and walk numbers, and as long as he can limit the long ball, he should have a strong outing. He is more than capable of pitching deep into the game, and he should be able to lead his team to victory against a poor Rangers team.

Be sure to check out our full game preview for Texas Rangers vs. Los Angeles Dodgers