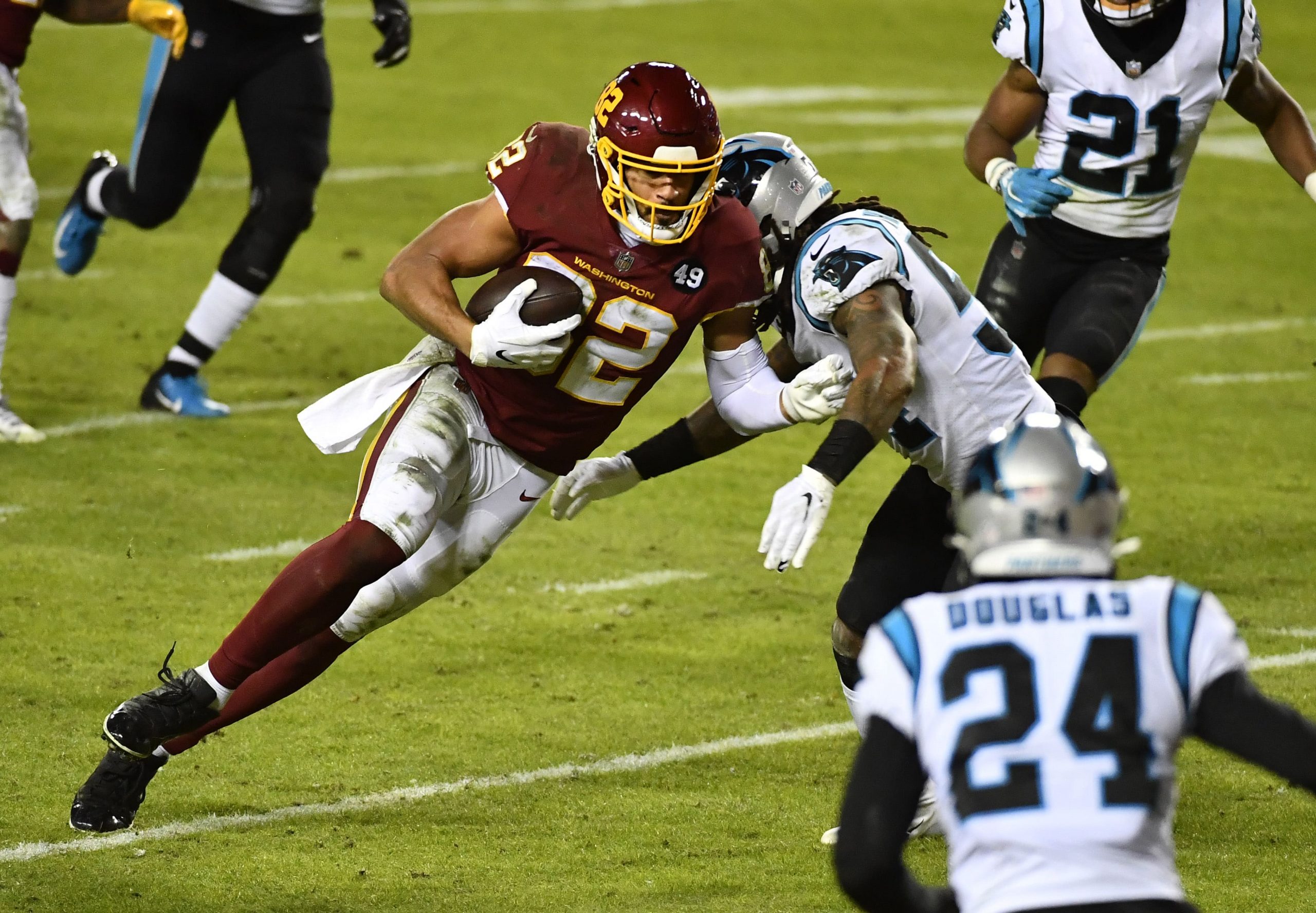 The 2020 NFL regular season concludes Sunday night. The Washington Football Team, needing a win for clinch the NFC East, travels to Philadelphia to face the Eagles.  Washington comes in as 5.5 point favorites, with a game total at over/under of 43.5. Being that it’s the last chance to bet regular season football, be sure to check out our picks and full game analysis.

When scoping out prop bets for Week 17, I find it best to bet players on teams who will be fighting for the playoffs. So, in this game, I’m focusing on one of the few Football Team offensive players not battling an injury.

Line available at publishing. Playable up to -120

The Washington Football Team come into this matchup quite banged up on the offensive front.  Quarterback Alex Smith, running back Antonio Gibson and wide receiver Terry McLaurin are all expected to play.  But with them all battling injuries, it’s assumed they will be less than 100% effective.  Enter tight end Thomas, who emerged four weeks ago as a legitimate weapon in Washington’s passing attack.  Over the last four weeks (with three different quarterbacks), Thomas has hauled in 35 catches on 44 targets.  This represents a 32% catch share and a 24% target share.

The Eagles have allowed the 11th most receptions by tight ends this season at 5.1 per game. Though, they’ve faced many teams with very low tight end usage. Philadelphia is stronger against the run, though will be missing a few key pieces on defense.

Regardless, this is more about Washington and what they have available.  Smith is battling a calf injury, and will likely be looking to get the ball out quickly. Thomas’ average depth of target is 7.2 yards, shorter than all of Smith’s other main receivers. 78% of Thomas’ receptions are less than ten yards from the line of scrimmage.

McLaurin, in my estimation, will be limited coming off a high ankle sprain. Even if not, Smith is likely to lean on his big tight end for some easy short yardage throws. Smith’s passing completion line is set at over/under 21.5, meaning Thomas would only need a 25% share. He’s easily exceeded this in each of the last four games inidividually.  I have him projected close to six catches in this one.