HomeAnalysisNBA AnalysisBest Prop Bets for Lakers vs. Heat in Game 6 of the 2020 NBA Finals

Best Prop Bets for Lakers vs. Heat in Game 6 of the 2020 NBA Finals 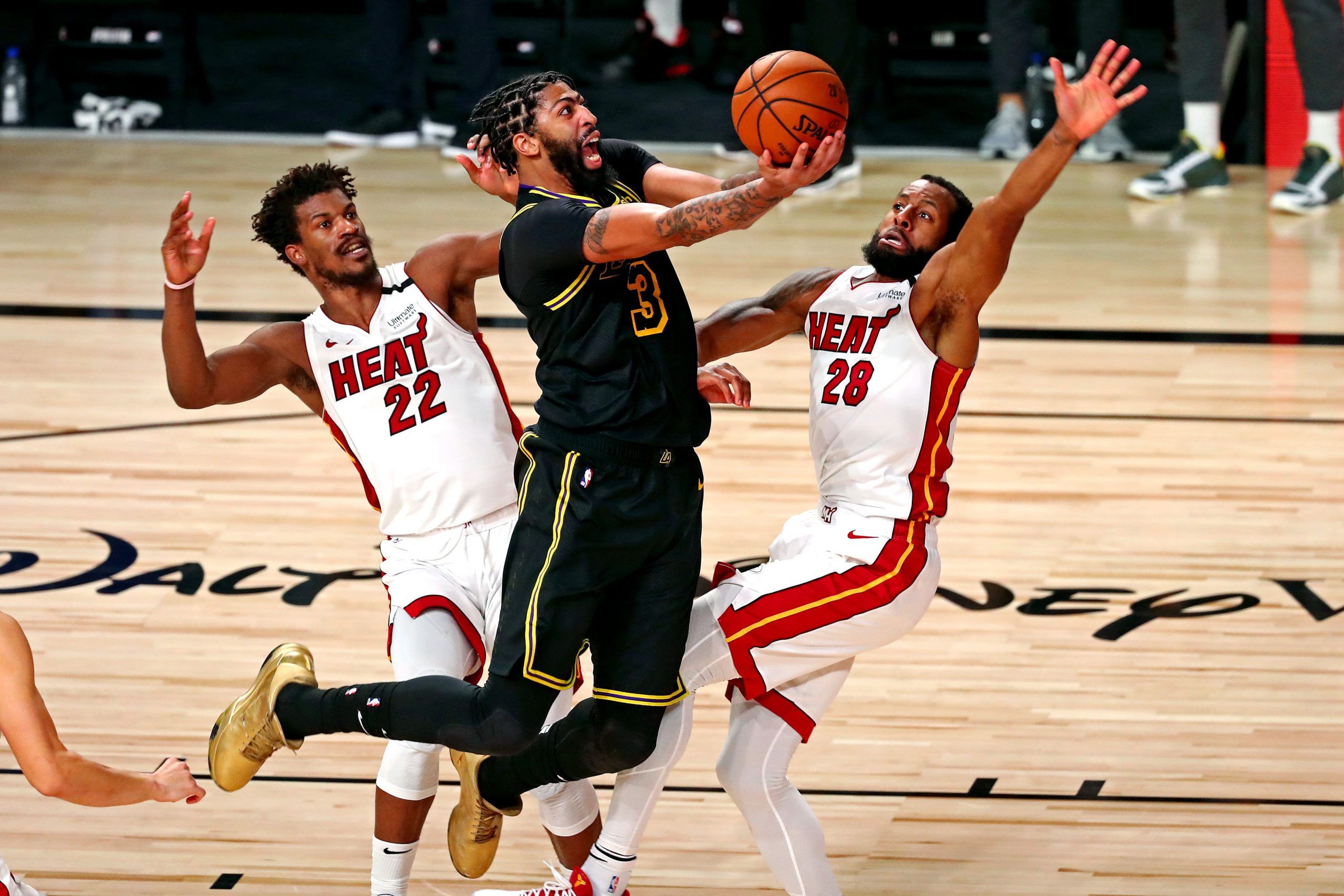 Well, here we are folks. Game 6 of the NBA Finals between the Miami Heat and the Los Angeles Lakers. Given how this series started, a lot of people wouldn’t have expected these Finals to still be alive. But after another tremendous showing from Jimmy Butler, the Heat are hanging in there and head into this game 3-2 down.

You can check out who we think has the edge ATS and our thoughts on the totals in our game preview, but right now we’re focusing on the player props.

Can Jimmy Butler record another triple-double and lead Miami to another unlikely victory? Will LeBron light up the floor again? How will Anthony Davis handle the game after injuring his heel on Game 5? We’ll look to answer some of those questions as we give our two best prop bets for Game 6.

A.D. is currently listed as probable to play tonight following that aforementioned heel issue that appeared to limit him at the end of Game 5. We all know how motivated Anthony Davis is, and even if he isn’t 100 percent I’m certain he’ll still suit up. But you’ve got to expect it to take its toll in some capacity, and I think taking the under on the points is the way to go.

Granted, he was able to put up 28 points in Game 5, but even in the two contests before then he fell under tonight’s total. With all this going on, it would take a braver man than me to still be siding with A.D. to top this points total.

Davis is still an incredibly valuable part of the Lakers lineup but they have enough talent elsewhere that they won’t be solely reliant on him for scoring. Similarly, LeBron James put up 40 points in Game 5 and I wouldn’t be surprised to see that happen again.

Since Goran Dragic went down, Jimmy Butler has seriously stepped up into the facilitator role and has been an assist machine. As a result, the line for this prop has increased substantially but I still think there’s some juice in it.

While Dragic has been out, Butler’s assist numbers have been 13, 13, nine, and 11. Even when Jimmy Buckets isn’t the one banking the shot, he’s normally the guy there to set it up. And if the Heat are going to again push the Lakers and take this one to a Game 7, then he’s going to have to fulfill that role once more.

In Friday’s game, Butler accounted for 11 of Miami’s 26 assists, and in Game 5 he was responsible for nine of 18. Frankly, the Heat need him to be providing these assists with Dragic on the sidelines. And if that does happen, which is likely given he is listed as doubtful, then you can expect that’s what will happen.