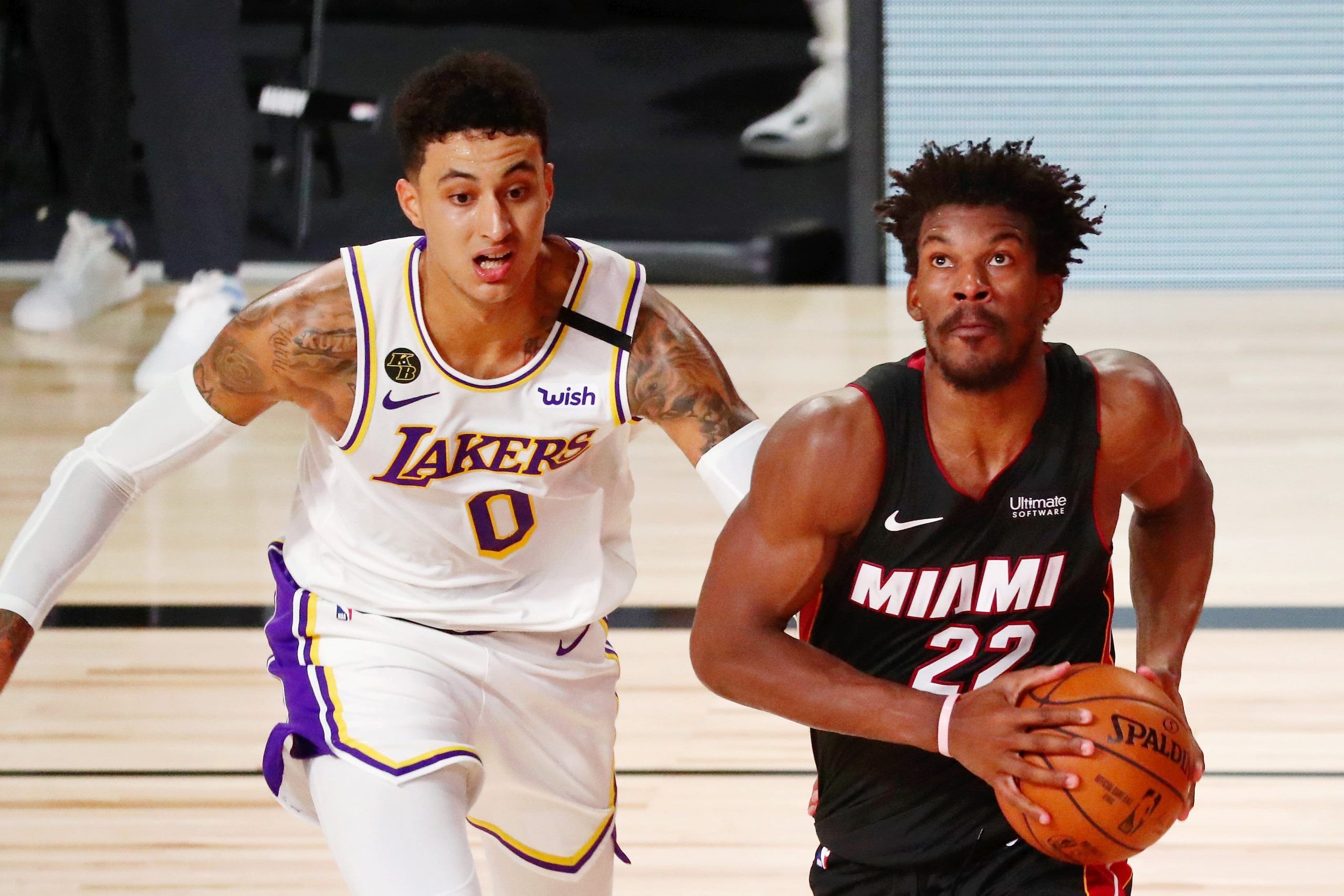 The Miami Heat just keep on defying the odds. First, of course, they were longshots just to make it to the NBA Finals. Then, after losing Game 1 and losing both Bam Adebayo and Goran Dragic in the process, they were left for dead–sure to be victims of a four-game sweep at the hands of the Los Angeles Lakers.

But Jimmy Butler and company have other ideas.

The Heat pulled off a Game 3 upset to get back in the series, and following a setback in Game 4 they used two full days off to lick their wounds and stun the Lakers 111-108 in Game 5 on Friday night.

It is quite clear what Miami needs to happen in order to win games in this series. Butler has to go crazy.

In each of his team’s two victories, the 31-year-old delivered performances that will live in franchise lore even if they do not result in a championship. In Game 3, Butler produced a 40-point triple-double with 13 assists and 11 rebounds while also contributing two steals and two blocks during a game-high 45 minutes of action. He went 14-for-20 from the floor and 12-for-14 from the free-throw line. Butler was equally sensational on Friday, delivering another triple-double to the tune of 35 points, 12 rebounds, and 11 assists. He shot 11-of-19 and made all 12 of his attempts from the charity stripe. The Marquette product also came up with four steals and a block on the defensive end of the floor. He was incredibly clutch down the stretch, engaging in an epic head-to-head duel with LeBron James. In the final three minutes, Butler scored nine points in a row for the Heat before Tyler Herro tacked on a pair of free-throws with 1.6 six seconds left to extend the lead from one point to three.

Although Butler is the third-best player in this series, at the moment he is doing his best to match LeBron and Anthony Davis. The veteran small forward is an all-star who is playing like a superstar on the biggest stage in basketball.

Davis temporarily went down in the first quarter on Friday with an injury that looked so bad the word “Achilles” was trending on Twitter. In fairness to those social media users, it did kind of look like an Achilles injury when Davis tumbled to the floor. Thankfully for the Lakers and their fans, it turned out to be an aggravation of a heel issue.

That is the good news.

The bad news is that it did not get better as the proceedings progressed. On the last few possessions of the game, Davis was visibly struggling to get up and down the floor. That is not to speculate on a potential absence from Sunday’s contest. At this point, every game is the biggest game of the season and you can be sure Davis is going to be on the floor unless he basically can’t walk. But will he be 100 percent?

He better be if the Los Angeles want to close Miami out. After all, LeBron and A.D. are basically doing it all for the Lakers. In Game 5, they accounted for 87 of the Lakers’ 108 points (81 percent). They went 24-of-36 from the floor, while their remaining teammates were a disappointing 14-of-46. As good as Butler has been, he is also getting plenty of help. The Lakers’ dynamic duo is not getting much at all.

Obviously, the Lakers are still in the driver’s seat up 3-2 and still considerable favorites. After all, in order the Heat to win Butler has to keep up this other-worldly pace and Davis probably has to be less than 100 for Game 6 and then a potential Game 7. Neither one of those things is a guarantee. Nonetheless, after what we saw in Game 1, the fact that we have gotten through five games of this series and the overall outcome is still in legitimate doubt is simply hard to believe.