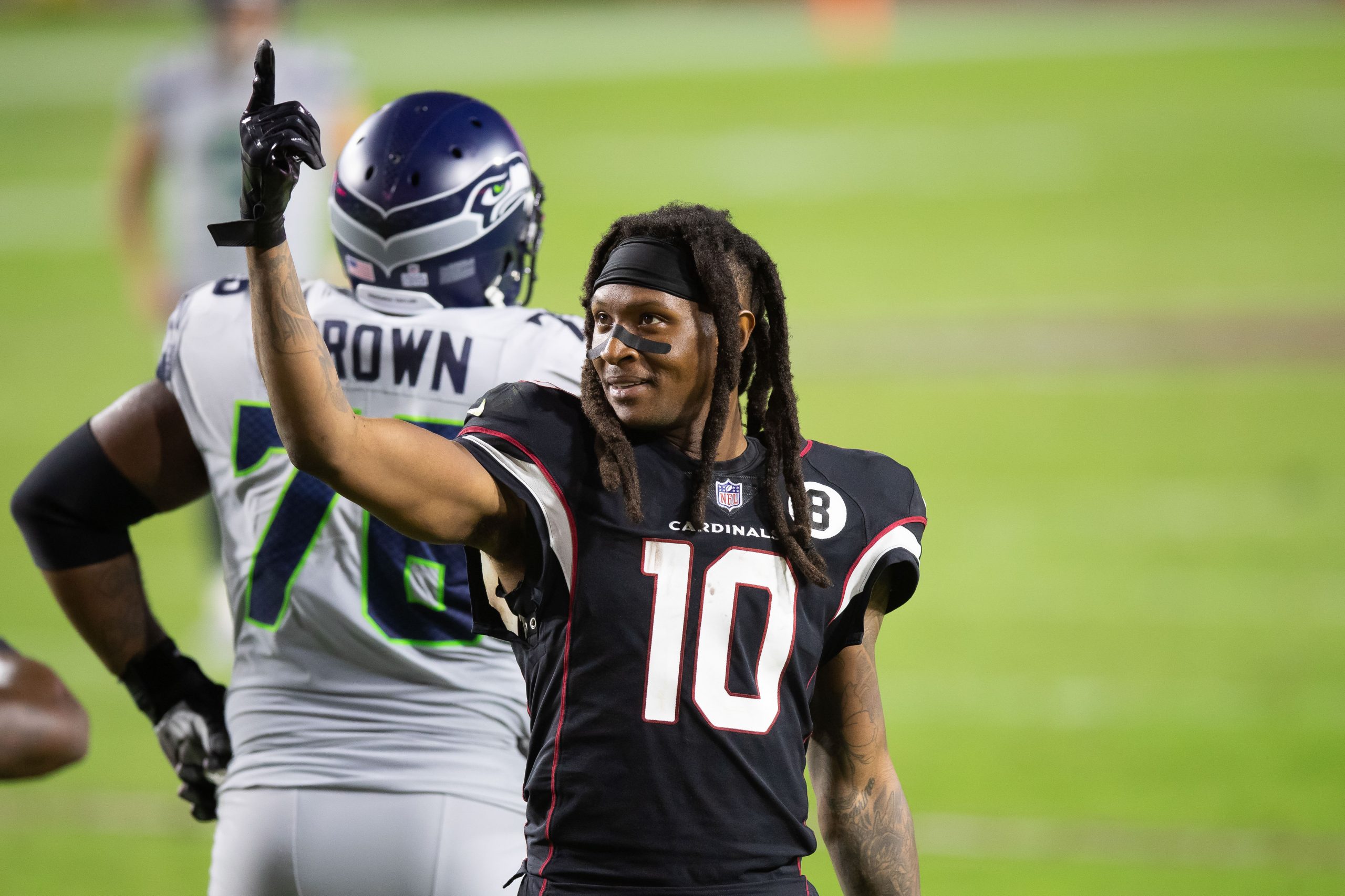 With the college football regular season slate finished, the NFL provides us some Saturday entertainment with three intriguing games.  Not only are several teams’ playoff hopes hanging in the balance, but many fantasy football championships will be decided this week.  Ensure you’re prepared by checking out our Week 16 fantasy football column.

On the player prop front, I’m looking to notch another winning week as the regular season navigates its final stages.  I’ve unearthed some value in two lines attributed the passing game where I’ll be looking to capitalize on favorable positions.

This might shock you, but Deandre Hopkins is really good at football.  He’s second in the NFL with 103 receptions, and third in targets with 138.  He’s notched at least seven receptions in nine of his fourteen games, including each of the last three.  So to see this line open at plus odds (+102 as of publishing) was a little surprising.

The books might be adjusting for the matchup, but the 49ers don’t scare me off this line.  Yes, they are allowing the ninth-fewest receptions to opposing wide receivers.  However, when I evaluate elite wideouts, I like to size up the defense’s matchup versus similar high-level players. Stefon Diggs and Davante Adams (first and fourth in receptions, respectively) both had ten catches versus the 49ers.  Hopkins himself had 14 catches versus the 49ers earlier this season.

Also, Hopkins has proved to be matchup-proof.  In recent weeks versus the likes of top cornerbacks James Bradberry and Jalen Ramsey, Hopkins had eight-plus catches in each game.

With a 28% target share, just Hopkins’ averages would have him in line for ten targets. Hopkins has converted just nine targets into at least catches in all nine occurrences this year.  With the Cardinals looking to solidify that playoff spot, I like them to get the ball to their best playmaker early and often.

Be sure to also check out our full game preview for 49ers at Cardinals, where our expert has a three-star play against the spread.

Line available at publishing. Playable down to under 18.5 receiving yards.

Bucs quarterback Tom Brady was frequent to checkdown to his pass-catching running backs during his time in New England.  But, since coming to Tampa Bay, it’s been a different story. This season, Brady’s running backs are only seeing 12% of total receiving yards.  Tampa’s lead back, Ronald Jones, is out for this game, leaving Fournette and LeSean McCoy to carry the load.

Fournette has only exceeded 20 yards receiving in two of eleven games. He was outpaced by McCoy in the receiving game last week, 16 yards versus 32, despite running twice the amount of routes.

The Lions defense versus the pass has been gouged by receivers, allowing the third-most yards per game, and the third-highest yard share, at 71%.  With receivers Mike Evans, Chris Godwin, and Antonio Brown in the fold, I expect Brady to feast versus the Lions’ soft secondary.

In a game where Tampa comes in as a ten-point favorite, we also could be facing a positive gamescript come the fourth quarter.  Between this and my inclination we might see a bit more of McCoy in the passing game, I like Fournette’s production through the air to be curbed.

You can check out our full game preview of this matchup, which features picks on both the side and total.