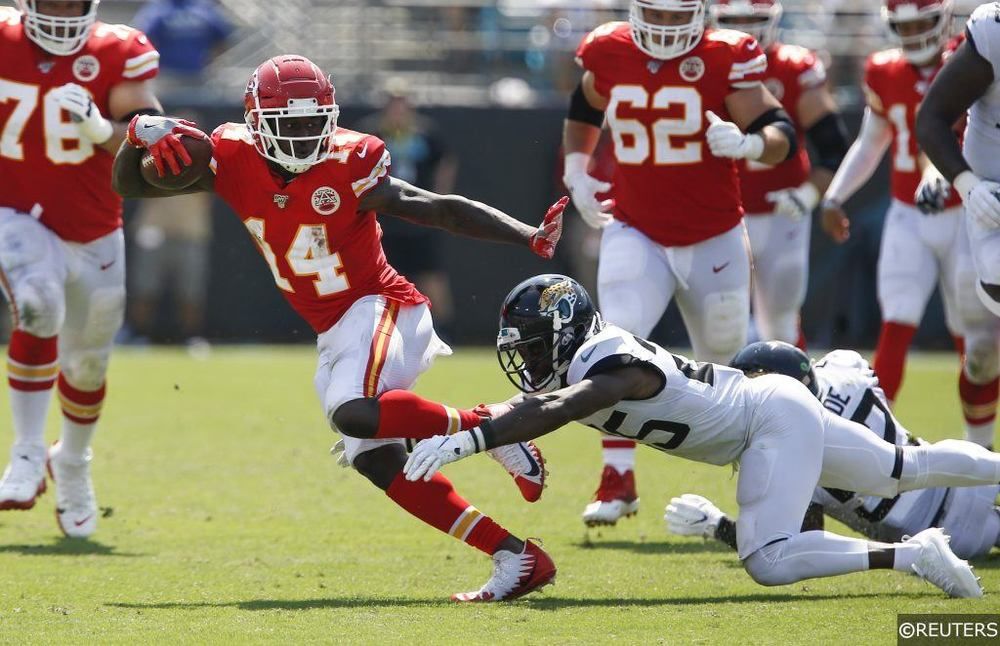 Sunday brings us a third consecutive day of NFL football on this Week 16 slate.   As with any NFL Sunday, the betting action will be heavy, so be sure to check out our picks and full game analysis.

The player prop train rolls on as well.  Using my matchup-based process, I’ve keyed in on two players who I think have been undervalued by the books.

Line available at publishing. Playable up to -130.

Watkins is following the same script he did last season: start fast, battle through some injuries, and then come on strong at the end of the season.   Fully healed from his mid-season hamstring strain, Watkins has played more than 70% of offensive snaps in the last four games.  Overall, in eight full games this season, Watkins has caught at least four passes six times.  In those eight games, Watkins saw a 15% catch and target share.

As with all player props, the matchup is usually of equal import to the player himself.  With the Falcons and their underachieving secondary coming into town, Watkins is in a tremendous spot.  Atlanta gives up fifteen receptions per game to opposing wide receivers, third-most in the NFL.  They’ve allowed 28 different receivers to catch at least four passes. The Falcons’ three top cornerbacks, Kendall Sheffield, A.J. Terrell, and Isiah Oliver all are bottom 18 in the league (amongst 136 qualifying cornerbacks) in receptions allowed per coverage route.

Where the Falcons do succeed defensively is against the run.  Atlanta has allowed the ninth fewest rush yards per game. With Patrick Mahomes at quarterback, the Chiefs will have no issue deferring to the passing game.

Mahomes’ attempts line set by the books has him implied at 41 pass attempts.  Even at 38 attempts, this would put Watkins in line for six targets and four catches. But given the nature of the matchup, I have Watkins projected at eight targets and five catches.

Be sure to also check out our picks on the side and total for this one in our full game preview.

Line available at publishing. Playable up to over 55.5 yards.

Hurts has been a revelation for the Eagles. He’s been able to resuscitate a previously lifeless offense, keeping the Eagles’ faint playoff hopes alive as well. On the ground, he’s picked up 169 yards on 29 rush attempts in his two starts. What intrigues me here is that 15 of those carries were designed runs, as opposed to scrambles. Those designed runs have accounted for 53% of his total rush yards, making this a little easier to project.

The Cowboys are flat out bad versus the run.  They allow 161 yards per game on the ground, worst in the NFL. Of course, most of that production is against running backs, but dual-threat quarterbacks have also had success versus Dallas.  Against the Cowboys, Lamar Jackson rushed for 94 yards and Kyler Murray for 67 yards.  Of that production, 64% came on designed runs.

The Eagles will look to establish the run early and often.  Accounting for only designed runs, I project Hurts’ rushing yardage in the high 50s. Adding in the scrambling ability, I’m very comfortable playing at this number.

Be sure to also check out our picks on the side and total for this one in our full game preview.