We are back again on Wednesday, and we are already starting to see some fallout from the MLB’s crackdown on pitchers using grip-enhancers. Tyler Glasnow was diagnosed with a partial tear of his UCL, and he was very forward in saying that the MLB essentially changing the way every pitcher needs to be pitching in the middle of the season contributed to his injury. Regardless of your stance on it, it was ludicrous for the commissioner to decide it was a good idea to tackle this issue 3+ months into the season. Hopefully no one else gets hurt, and this is all before umpires have officially started checking all the pitchers.

I had a good day on Tuesday, sweeping my three-game card I had going on. I have good feelings again about what I have played here today and going to keep the positive momentum moving. Be sure to also check out the Pickswise team’s picks on the side and total for every game today too, who have been on a serious roll.

The Arizona Diamondbacks take on the San Francisco Giants after dropping another game on Tuesday night. It was a high-scoring game in which the Giants were able to rally in the eighth to the tune of four runs to come back from being down 8-5 to win 9-8. With that Giants rally, the Diamondbacks have now lost 12 straight. I don’t see that changing tonight, and again give the Giants the upper hand in this one.

Merrill Kelly gets the nod for the visiting Diamondbacks and has had a so-so season to this point. He has an ERA of 5.14 with a FIP of 4.12. He has struggled with the long ball this season, giving up 11 of them so far. That is a red flag considering he still sports a BABIP of .313, and home runs don’t factor in there. Kelley has average strike-out and walk rates, but allows hitters to barrel him up frequently. The Giants have an explosive lineup and should be able to get some runs off him.

Anthony DeSclafani will be taking the mound for the home team, and has had a stellar bounce-back season after a disappointing 2020 campaign. He has an ERA of 3.09 with a FIP of 3.61, and has done a good job keeping batters from barreling him up. DeSclafani has good control and doesn’t walk many batters. He also has the benefit of pitching at home in spacious Oracle Park. This should be a good matchup for him, and see the Giants cruising to a comfortable win tonight behind him.

Be sure to check out our full game preview for Arizona Diamondbacks vs. San Francisco Giants 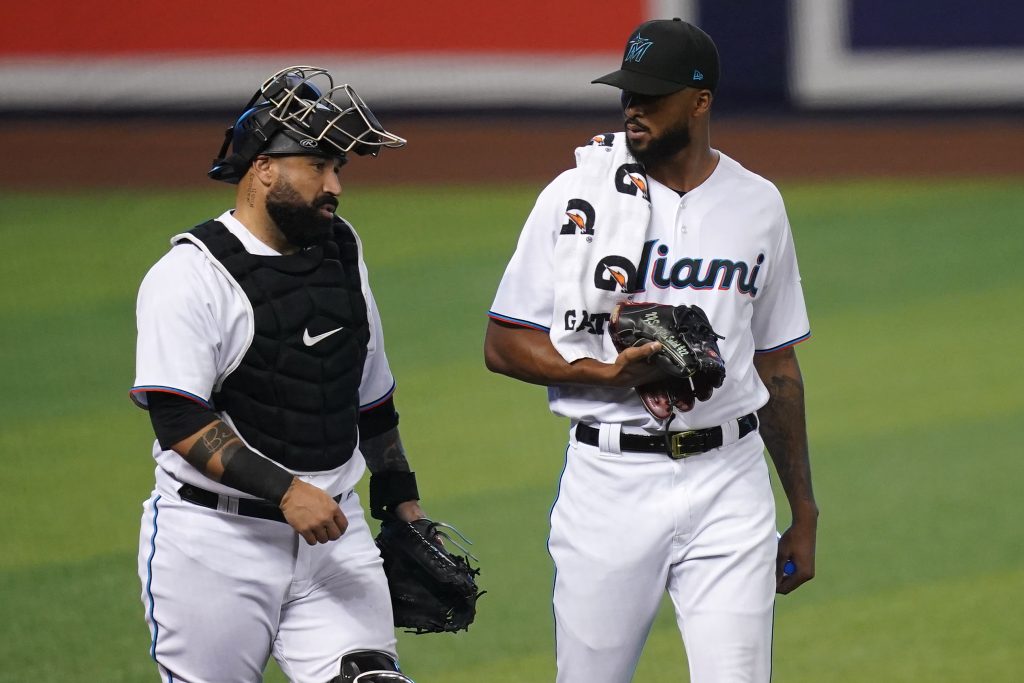 The Miami Marlins have a getaway day with the St Louis Cardinals, as they try to get out of town while avoiding the sweep. They let Paul Goldschmidt single-handedly beat them by hitting two solo home runs. The second one ended up being a walk-off in the bottom of the ninth for the Cardinals to win 2-1. The Marlins should fare a bit better today, as they have a more favorable pitching matchup.

Johan Oviedo gets the start for the Cardinals, whose starting rotation has been a mess recently. Oviedo has an ERA of 5.72 with a FIP of 5.80, and the rest of the numbers aren’t pretty either. He carries a relatively low BABIP of .260, but is still getting beaten around. This is mainly due to his control issues, and he walks opposing batters at a rate of 14.1 percent this season. It’s hard to win games when opposing teams get so many free passes along the base paths.

The Marlins will be countering with young right-hander, Sandy Alcantara. He is only 25 years old but has five years of MLB experience under his belt. Alcantara has plus stuff, and has been a severely underrated starting pitcher the past few years. He has an ERA of 3.39 with a FIP of 3.45, while striking out 23.4 percent of the batters he faces. Alcantara limits hard contact, gets a ton of ground balls, and should give the Marlins some really solid innings. Miami should be able to get some runs against Oviedo, and ride their stud starter to a victory on their way out of town.

Be sure to check out our full game preview for Miami Marlins vs. St. Louis Cardinals