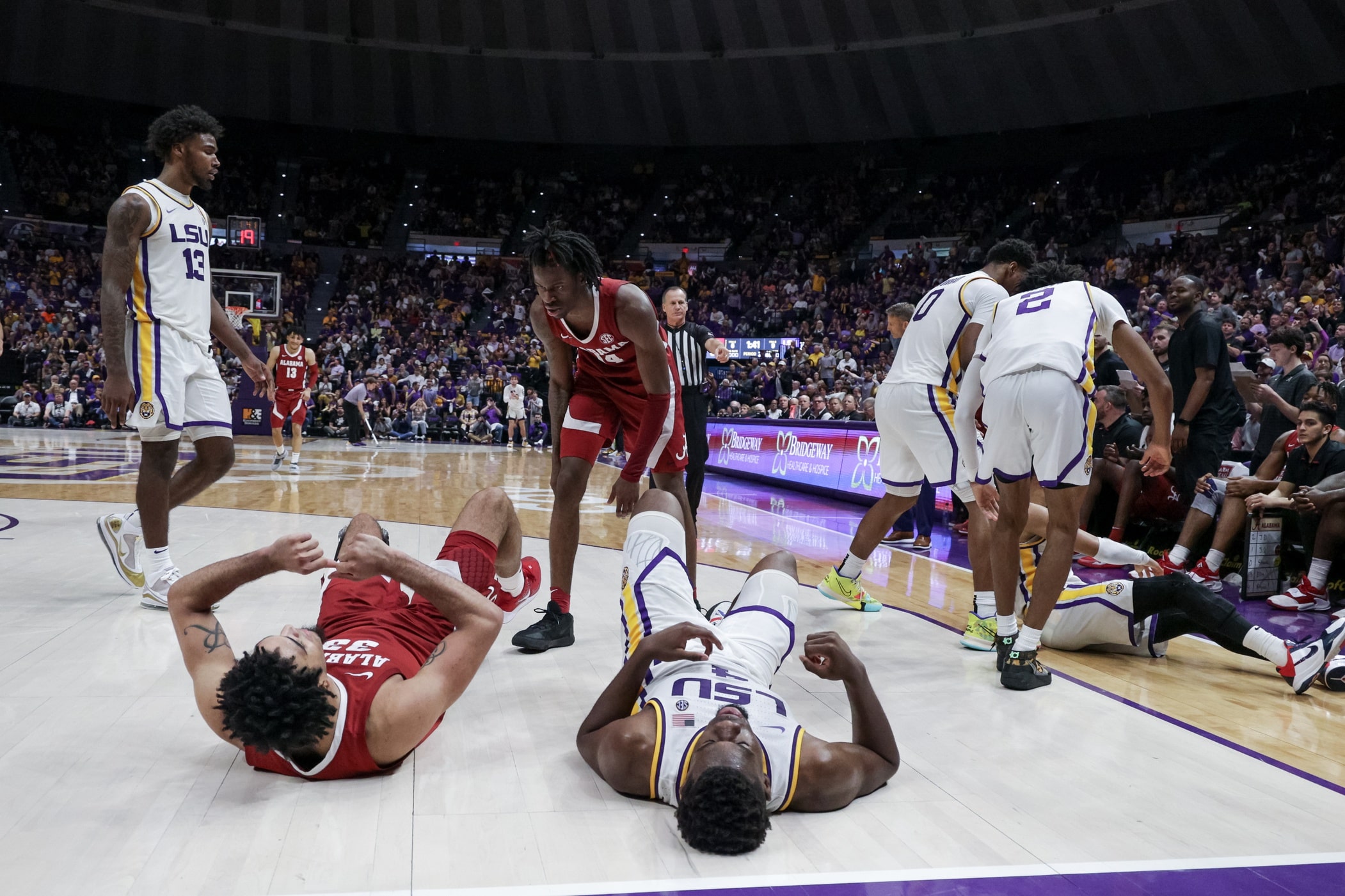 March Madness is finally here! The tournament field is now set and the action starts with the First Four on Tuesday in Dayton. After a pair of games on Tuesday and Wednesday night, the Round of 64 will start Thursday, thus marking the beginning of 4 straight days of non-stop basketball. Now that the tournament field has been revealed, it is time to break down each matchup to find where the value lies. Be sure to check out our March Madness hub throughout the week, as the college basketball experts at Pickswise will have you covered with picks, tips and analysis of each and every matchup during the NCAA Tournament.

Every year, March Madness provides us with a handful of upsets that destroy brackets during the first weekend of the tournament. While seemingly unpredictable, oftentimes these upsets can be attributed to a favorite being overvalued based on name or conference reputation. So who are the overvalued favorites in the Round of 64? Let’s take a look!

If you followed college basketball all year, you have certainly heard about how the Friars have been the luckiest team in the country for a majority of the season per KenPom’s metrics. That is likely because Providence is 11-2 in games decided by 5 points or fewer and 3-0 in overtime games. The Friars are led by senior guards, which is typically a trait of teams who perform well in the NCAA Tournament, but they drew an extremely tough first-round opponent in the South Dakota State Jackrabbits.

Led by Summit League Player of the Year Baylor Scheierman, the Jackrabbits have the best effective FG% and 3-point% in the country to go along with the 12th-best offensive efficiency per KenPom. They score in a hurry too, as they rank 15th in average possession length. The Friars could have their work cut out for them against the speed and efficiency of the Jackrabbits, as their transition defense ranks in the 11th percentile while South Dakota State’s transition offense ranks in the 99th percentile (Synergy).

At the time of publishing, Providence is a 2-point favorite at FanDuel, which is the lowest spread of the 4 vs 13 matchups. Oddsmakers are expecting this game to be close and I would not be surprised if Providence lost outright.

LSU’s defense has been one of the most efficient in college basketball all season. However, the Tigers’ offense was not good in conference play and there are currently too many off-court distractions surrounding the team to feel confident in trusting it as a favorite. Coach Will Wade was fired for cause on Saturday after LSU’s men’s basketball program was accused of seven Level I violations. As a result, assistant coach Kevin Nickelberry will step in as LSU’s interim head coach for the NCAA Tournament. While Nickelberry does have head coach experience in the MEAC, he has never been a head coach in a high major conference and he has never led a team in the NCAA Tournament.

Unfortunately for the Tigers, their first-round opponent is Iowa State, who is a tenacious defensive-minded team and a cohesive unit under coach TJ Otzelberger. The Cyclones, who rank 6th in opposing turnover rate and 10th in KenPom’s defensive efficiency, are a bad matchup for LSU – who ranks 304th in turnover rate and is 1-7 SU against teams in the top 25 of KenPom’s defensive efficiency. I am surprised to see that LSU opened as a 5-point favorite in this matchup and would not recommend laying points with the Tigers.

At the time of publishing, there is no line for Alabama’s first-round game because they will play the winner of Wednesday’s First Four matchup between Notre Dame and Rutgers.  However, per Haslametrics, Alabama should be listed around a 3-point favorite against both Rutgers and Notre Dame on a neutral court – so for argument’s sake, let’s pretend Alabama is currently listed as a favorite.

The Crimson Tide struggled with consistency throughout the year and rank 268th in turnover rate – which is something that will hurt them in tournament play. They are not in good form either, as the Crimson Tide are 0-3 SU in March and rank 253rd in Haslametric’s Momentum. The Tide often plays fast and recklessly and do not have the perimeter shooting (305th 3pt%) to overcome their erratic play, especially against disciplined defenses such as Rutgers and Notre Dame. Alabama could win its first-round game, but the Tide are not a team that I would trust against the spread as a favorite.

Get our best bets for the NCAA Tournament First Four games

Pickswise is the home of all things Bracketology. Check out our latest expert Bracket Picks and Predictions leading up to, and throughout the Men’s NCAA Tournament.