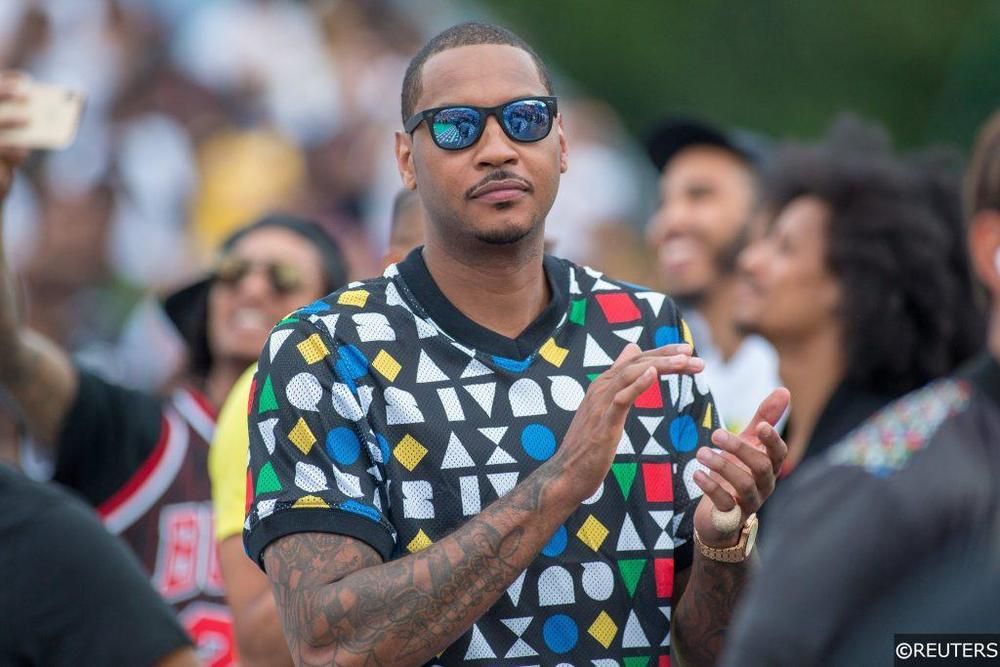 Carmelo Anthony is back, baby.

Well, not quite yet. Carmelo is expected to make his return to the NBA next Tuesday after signing a one-year, non-guaranteed deal with the Portland Trail Blazers on Thursday. The 35-year-old last played in the NBA almost exactly one year ago, when a brief 10-game stint with the Houston Rockets ended on Nov. 9 of 2018. He most recently played a full season in 2017-18, averaging 16.2 ppg in 78 games with the Oklahoma City Thunder.

Nothing much went well in Carmelo’s appearances in Oklahoma City and Houston, and nothing is going right for Portland at the moment. After reaching the Western Conference Finals last season, the Trail Blazers are 4-8 and even lost to the Golden State Warriors, who are currently the absolute worst team in the league at 2-12. They also lack depth with Jusuf Nurkic still sidelined by a broken leg and Zach Collins out until at least February due to shoulder surgery.

Can Carmelo make an instant impact? Portland certainly needs him to do so if it does not want to fall into an even bigger hole in the standings. And the Blazers aren’t the only club that could use an immediate jolt from a still-unsigned free agent like Jamal Crawford.

Let’s take a look at some of the NBA’s other disappointing teams through the first three weeks of the 2019-20 campaign.

Golden State was never supposed to be great this season; not with Kevin Durant gone and Klay Thompson injured. But they were considered to be a likely playoff team. Thirteen games in, it’s safe to say they will be neither great nor a playoff team. What the Warriors are is the worst team in the NBA. Yes, their 2-11 record is worse than that of everyone else in the association.f

Only two teams trail Portland in the Western Conference standings: Golden State and the New Orleans Pelicans. New Orleans is 3-8 heading into a back-to-back situation with the Heat and the Warriors on Saturday and Sunday. Be sure to check out our free NBA picks for those games and throughout the season. No. 1 overall pick Zion Williams remains on the sidelines with a knee injury and will not make his debut until early December at the earliest.

Detroit snuck into the playoffs last season before getting swept right away by Giannis Antetokounmpo and the Bucks. Having added Derrick Rose to a roster that already included Blake Griffin and Andre Drummond, the Pistons had high expectations going into the 2019-20 campaign. Instead, they are third-to-last in the Eastern Conference at 4-9. Griffin has missed 11 games and Rose has missed five.