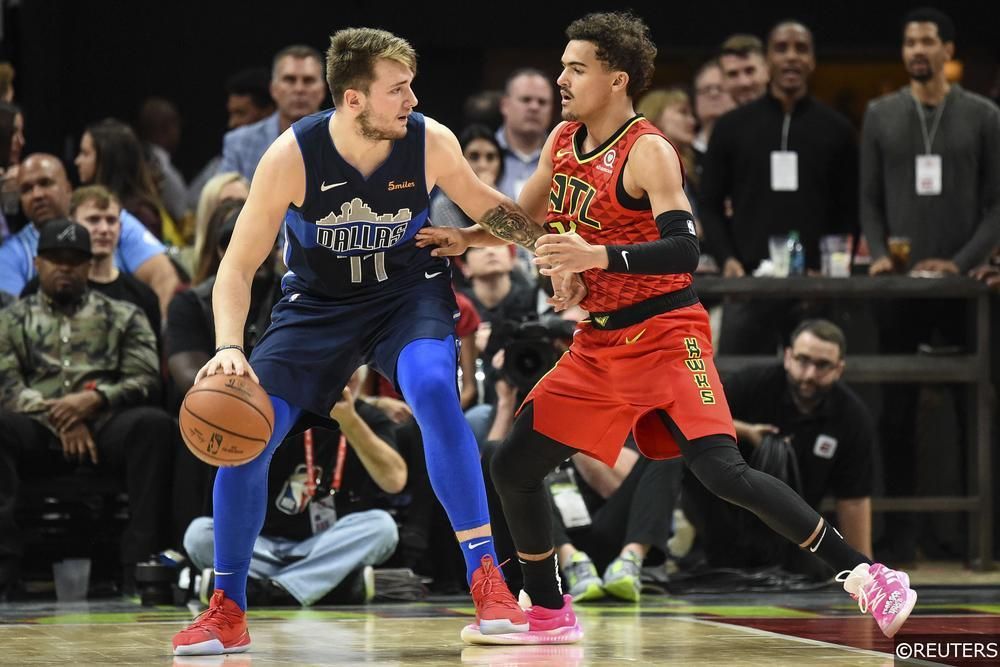 Since graduating from Davidson (The College That Stephen Curry Built), I have been writing about sports--just about any and all you can think of!--and coaching tennis in Atlanta, Ga. Beyond the four major sports, I am an avid tennis fan and cover the ATP Tour on a daily basis. If I'm not busy writing, you can generally find me on a tennis court or traveling the world wherever a sporting event takes me.
@Dimonator133
Published: 13:17 PM ET November 19, 2019

Who won the 2018 NBA Draft-day deal between the Atlanta Hawks and Dallas Mavericks? It’s a debate that has raged on since the moment Trae Young went to Atlanta and Luka Doncic headed to Dallas. And it may not end any time soon, because there is no easy answer.

It did not even take a full season for Young to become the face of the franchise in Atlanta. The rebuilding Hawks saw the former Oklahoma University standout wrap up his rookie campaign with averages of 19.1 points, 8.1 assists, and 3.7 rebounds per game. He is taking his game to far greater heights this season, contributing 27.0 points, 8.7 assists, 4.0 rebounds, and 1.6 steals per contest. All of those numbers are up, and his shooting percentage has climbed to 44.7 percent (from 41.8)—including 36.9 percent from three-point range (from 32.4). Despite missing all of one game and basically the entire of another, the 6’1’’ point guard has already reached at least the 30-point mark on six occasions. He even went for 42 during a recent 125-121 victory at Denver.

Young will try to maintain his fine form while also getting his team on track as a tough upcoming stretch looms later this week. Atlanta faces Milwaukee (home) on Wednesday, Detroit (away) on Friday, and Toronto (home) on Saturday. Be sure to check out our free NBA picks for those games and throughout the season.

As promising as Young was as a rookie, he could be in the Most Improved Player running for 2019-20 and he will likely be an Eastern Conference all-star. As for Doncic, all-star may be the least of his accolades. Doncic is without question in the MVP race even though Giannis Antetokounmpo is the favorite to repeat. The 20-year-old Slovenian is pouring in 29.5 ppg to go along with 10.7 rpg and 9.3 apg. On Monday he became the second-youngest player in league history to produce a 40-point triple-double when he finished with 42 points, 12 dimes, and 11 boards during a 117-110 defeat of San Antonio. LeBron James, unsurprisingly, is the youngest.

Even though Doncic is clearly to superior to Young—and superior to almost everyone in the association—at the moment, keep in mind that Atlanta also got the Mavericks’ first-round pick this year and used it to select Cam Reddish at No. 10 overall. Just as Doncic and Young are nowhere near finished products, the 20-year-old Reddish is a work in progress. The jury is still out on this trade, but both teams can make a case for having an extremely bright future in the NBA.