Buccaneers vs. Chiefs Super Bowl LV outcome could be carnage for the books

The Super Bowl is always the most heavily-wagered game in American sports regardless of the teams involved. When you have arguably the most intriguing matchup in Super Bowl history on your hands, the number of bets being made will likely be off the charts.

Given the circumstances, the Tampa Bay Buccaneers vs. the Kansas City Chiefs is just about as good as it gets. The Bucs are making history as the first team to ever play in the Super Bowl at home; yes, next month’s festivities are taking place at Raymond James Stadium in Tampa, Fla. And, oh yeah, the Bucs are quarterbacked by some guy named Tom Brady. Yes, Brady will be playing in his 10th Super Bowl while bidding for his seventh Lombardi Trophy—and perhaps his fifth MVP award.

Opposing the greatest quarterback of all time is the current best quarterback in the league, Patrick Mahomes. The Chiefs’ signal-caller won’t win NFL MVP this time around (that will be going to Aaron Rodgers), but his talent is unmatched. Mahomes already has one league MVP under his belt (2018) and he is the reigning Super Bowl MVP. 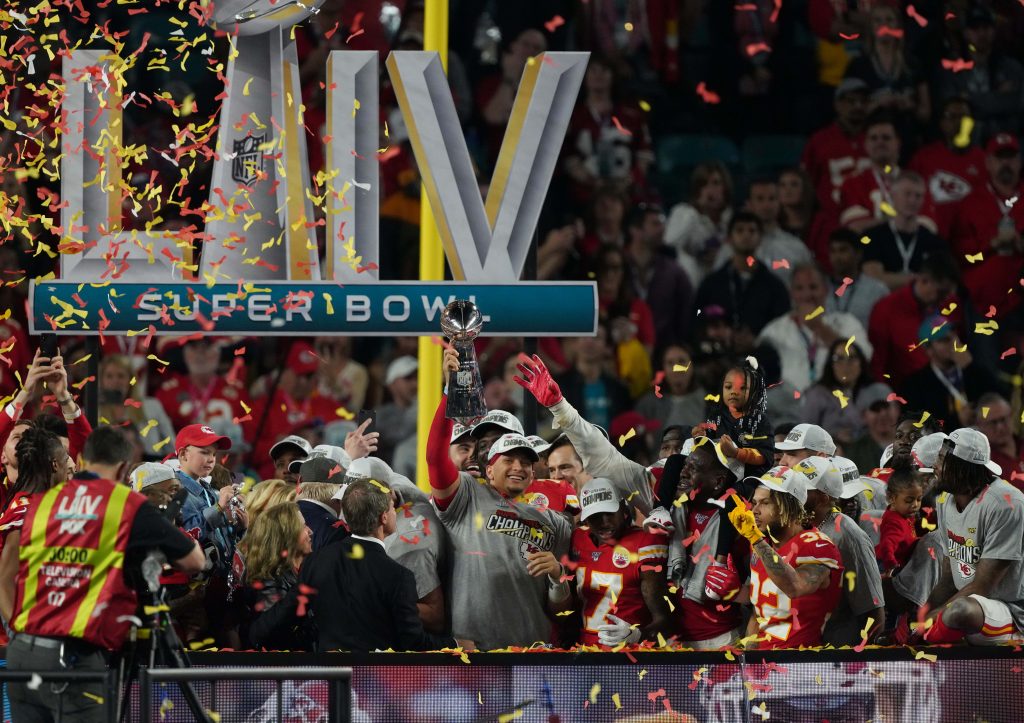 In addition to the individual QB battle, the overall best teams have appropriately made it to the final hurdle. Kansas City is the defending champion and went 14-2 during the regular season. Tampa Bay struggled early but is now riding a seven-game winning streak—with three playoff victories all coming on the road.

Get your popcorn—and your bets—ready for this incredible matchup. In fact, plenty of bets have already been placed. Let’s take a look at what the bookies will be rooting for on Feb. 6 based on where the money has gone so far.

Per DraftKings, 77 percent of bets and 81 percent of the money has come in on the Chiefs at -3. For those counting, that means 23 percent of bets and 19 percent of the money has been placed on the Bucs at +3. Needless to say, if this continues the bookies will be desperate to avoid a second consecutive Kansas City coronation. And if it continues, you can be sure Tampa Bay will eventually get more than a field goal. You can still get the Chiefs at -3 at DraftKings, but the juice is -120. It would not be shocking to see the line move to -3.5 or even -4 in the near future.

Also unsurprising is the fact that bettors are putting their eggs in the Brady and Mahomes baskets. In terms of both the number of bets and the money, 83 percent has come in on the over and just 17 percent has come in on the under. An entertaining and high-scoring affair is expected to be in the cards. If you fancy the over, you may way to strike now before it climbs from 56.5. 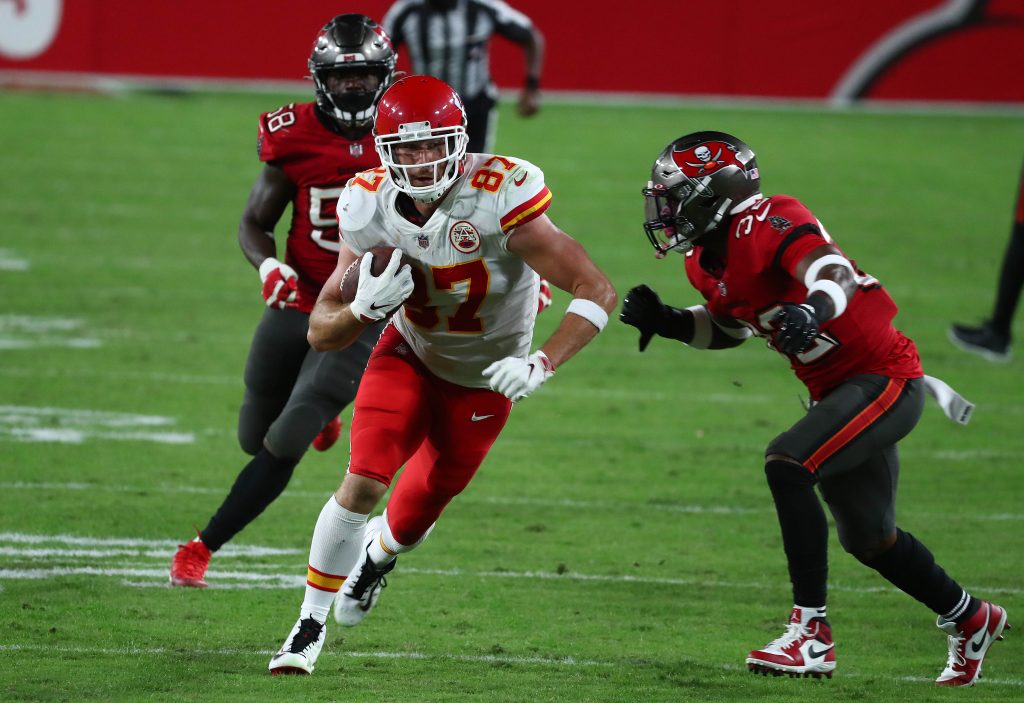 Regardless of the outcome, sportsbooks are in line to take a substantial hit in the Futures market. Even before the season started, the Bucs and Chiefs were popular Super Bowl picks. BetMGM has reported that 34 percent of Super Bowl Futures money is on Kansas City, which opened at +650 in the preseason. Next in line at 11.2 percent of the money is none other than Tampa Bay, which you could have gotten at +1600 when Brady signed back in March. FanDuel has noted throughout the 2020-21 campaign that the Bucs are its biggest liability. So whoever wins, it’s not going to be pretty for the sportsbooks.

As it stands right now, the ‘books would at least make up some ground via the game lines if Tampa Bay wins a low-scoring contest.

Based on early odds movement, bookmakers will be hoping for a non-QB to pull off an upset in the MVP voting. Mahomes has already moved from +110 to even money. Brady’s odds have improved from +250 to +210. Not coincidentally, Chiefs receiver Tyreek Hill and tight end Travis Kelce opened as +900 co-third choices and have already seen their numbers balloon to +1200 and +1300, respectively (odds at DraftKings).

NFL 13 days ago
Who will trade for Carson Wentz? Odds, best bets and predictions

NFL 17 days ago
$55 Million Challenge – Play For A Free Instant Prize Of Up To $25k During The Big Game!