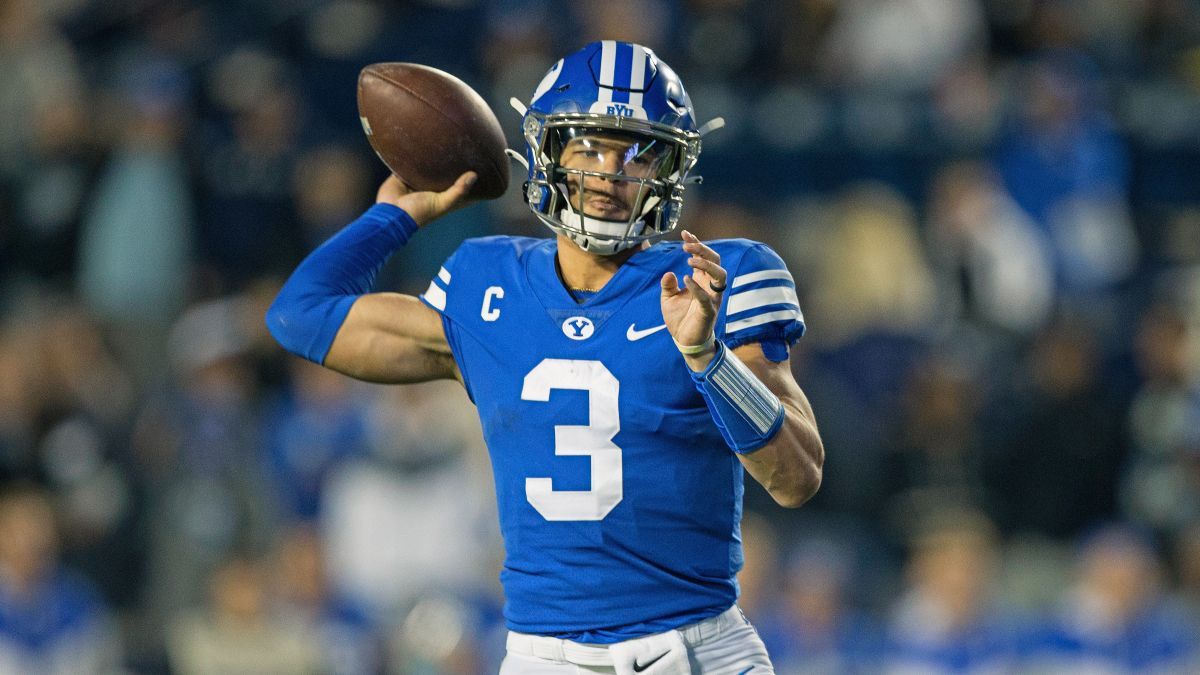 The 2021 season was hardly a step back for BYU after the success of 2020. The Cougars got off to an electric start by beating Utah, their hated rivals, in the Holy War. That was the game in which Jaren Hall burst onto the scene as a worthy successor to Zach Wilson, and it looked like the Cougars could be a possible playoff contender. While the team ultimately finished 10-2, BYU did blow a late lead to UAB in its bowl game to end the season on a sour note. Expectations are naturally high once again in Provo, but can they replicate the success of the last few years? We’ll just have to find out.

With the 2022 college football campaign beginning later this month, it’s time to take a look at what this season could have in store for BYU.

BYU comes in at 500/1 to win the College Football Playoff. That checks in alongside xx and xx

Read our college football National Championship preview, including a +8000 longshot

After a strong 2020 season, BYU followed up with another rock-solid campaign last fall. The Cougars finished 10-2 in a regular season that included a couple of massive home victories against Utah and Arizona State. Hall burst onto the scene as a freshman quarterback, proving to be a worthy follow-up to the legacy left by Wilson. But it was the running game that made the Cougars so dangerous, as they continually ran through opposing defenses on their way to 7 wins over Power 5 schools. It was quite the statement made by a team looking to gain national respect and relevancy. The only question remains as to what the Cougars will do for an encore in 2022.

BYU is in an interesting position. On one hand, the Cougars aren’t part of a conference and penalized for that in the national spotlight. However, their path is difficult so they would deserve a shot at a New Year’s Six bowl game if they manage to pull off a few upsets. The issue for the Cougars is the schedule. BYU will have to play Baylor, Oregon, Notre Dame and Arkansas in the span of 7 weeks to start the campaign. Things won’t get much easier, as the Cougars still have games against Boise State and Stanford later in the year. With a lot of Power 5 brands on the schedule, there’s a chance that Hall and company make some serious noise. However, there’s an equal chance that things go sideways if the Cougars drop a couple of early games.

It will be Hall’s second season as the controls of this offense, and he has already shown that he has the talent to thrive against Power 5 defenses. If BYU’s defense can hold up against Power 5 competition, it wouldn’t surprise me if the pulled off an early upset or two. This will certainly be an entertaining campaign either way.

For my best bet, I’ll be backing BYU over 8.5 wins. Even with a daunting schedule, I think this team’s floor is 8 wins — with the ceiling being closer to 10 wins if everything breaks right. However, this is primarily a play that will be focusing on one particular scheduling spot I love. One of the biggest home games for any non-Power 5 team involves BYU, as the Cougars will welcome Arkansas to Provo on October 15. BYU will have just played Notre Dame under the lights the week prior, but the team will get to remain at home that week. That is imperative because the Cougars will be facing a beleaguered Arkansas team at that time.

The Razorbacks will have just finished a 3-week stretch featuring Texas A&M, Alabama and Mississippi State. That’s likely one of the toughest stretches any FBS team will have this season. Furthermore, the game against the Bulldogs is on the road, meaning that this trip out west will be the second consecutive road game (and the third road game in 4 weeks) for Arkansas. If there were ever a time for BYU to catch a weary SEC program, it will be on October 15. Assuming the Cougars will be home underdogs, backing them in that spot is my favorite bet on their schedule.