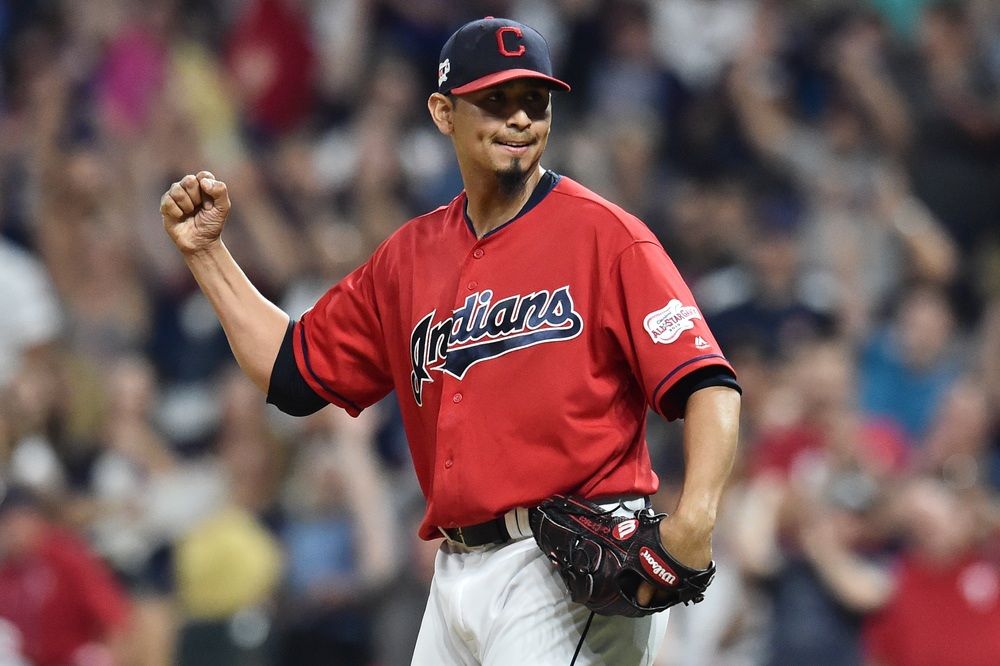 We learned earlier today that Indians pitcher Carlos Carrasco is questionable for Opening Day as he recovers from elbow inflammation. The veteran won’t throw for several days, but it doesn’t sound like Carrasco will be forced to miss an extended amount of time.

From an Indians perspective, Carrasco will join Clevinger on the shelf, leaving the squad with few proven options behind emerging ace Shane Bieber. The likes to Aaron Civale, Zach Plesac, Adam Plutko, and others will have to pick up the brunt of the starter innings. The organization could also turn to top prospect Triston McKenzie, although it’s uncertain if the Indians will want to rush him to the majors.

Either way, a prolonged absence for Carrasco would surely hurt the Indians’ chances of competing in a tough American League Central. The 32-year-old missed two months last year as he recovered from leukemia. He earned Comeback Player of the Year after finishing the season with a 6-7 record and 5.29 ERA in 80 innings pitcher.

It’s a worrisome sign that a number of top-tier pitchers are currently dealing with injuries. From a selfish, fantasy-focused perspective, the healthy starting pitcher options are starting to get very limited. This is especially relevant for those in American League-only leagues (note that seven of the injured players listed in this article are in the AL).

The injuries only make Gerrit Cole even more of a commodity, regardless of what you think about him in New York. Bieber should also jump towards the top of the list, especially if Verlander is forced to miss extended time.

Otherwise, fantasy owners with have to rely on the likes of veterans like Charlie Morton or Zack Grienke or emerging aces like Lucas Giolito, Jose Berrios, and Tyler Glasnow.

The only good thing is that a lot of bad news ultimately leads to good news. Perhaps we’ll get a positive update on one of those aforementioned injured pitchers in the coming days.