HomeAnalysisNFL AnalysisComeback kids: How the Chiefs flirted with disaster throughout the playoffs

Comeback kids: How the Chiefs flirted with disaster throughout the playoffs 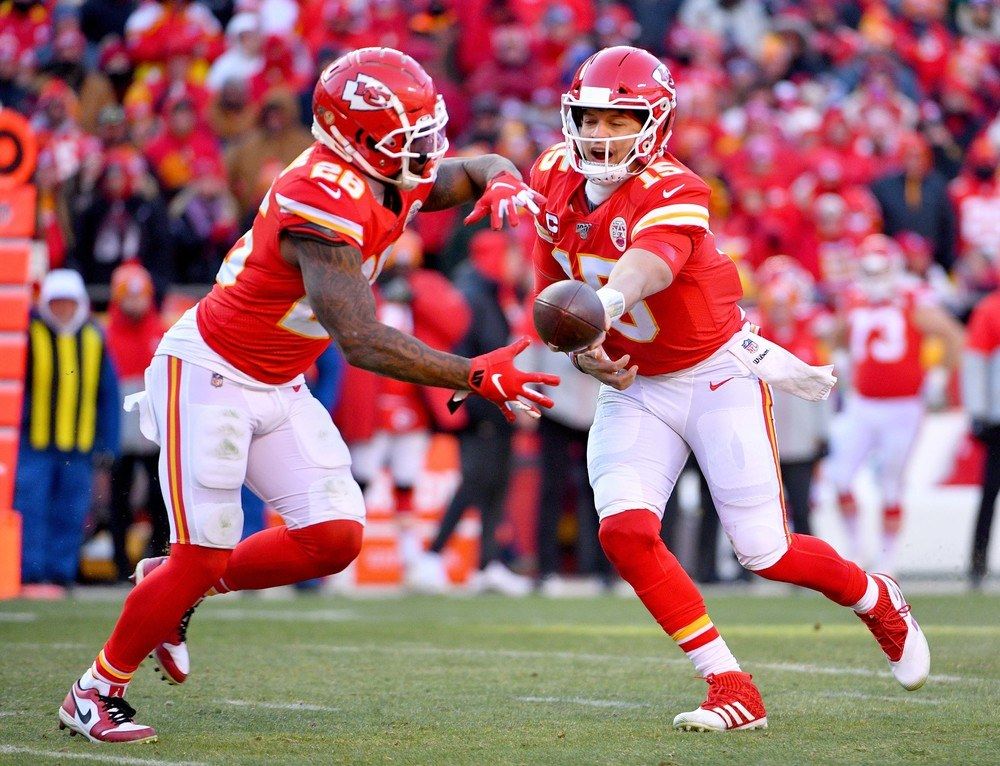 The Kansas City Chiefs were almost down and out in the playoffs before their eventual Super Bowl winning campaign got off the ground. They were close to getting clipped at the finish line, too. When it was all said and done, however, head coach Andy Reid’s team engineered three consecutive comebacks from double-digit deficits to lift the Lombardi Trophy.

Let’s take a look back at Kansas City’s postseason run, highlighted by its lowest win percentages in each of the three games.

Trailing 21-0 and with the Houston Texans in the red zone early in the second quarter, the Chiefs were saddled with a mere 6.1 percent chance of winning. But they held Houston to a field goal on that drive—thank you, Bill O’Brien!—and were quick to take control. Not one, not two, not three, but four touchdowns were scored by the home team in the second quarter alone. Just like that, Kansas City owned a 28-24 advantage at halftime. By the time the Texans got back on the scoreboard in the final minute of the third quarter, they had given up 41 unanswered points. The Chiefs added 10 more points in the fourth, coasting to a 51-31 victory.

Patrick Mahomes threw for five touchdowns and also led K.C. in rushing with 53 yards. Damien Williams began his postseason surge with three touchdowns (two rushing, one receiving). Travis Kelce did plenty of talking on the field, erupting for 134 yards and three TDs on 10 receptions.

The Chiefs were never in serious danger of getting upset in the AFC Championship, at least not relative to their scares in the divisional round and Super Bowl. Still, their chances of winning were at 38.6 percent when the Tennessee Titans scored a touchdown to take a 17-7 lead midway through the second quarter. Kansas City was not about to let things get out of hand like they did in the early going against Tennessee, instead getting into gear before too much pomp and circumstance was necessary. A streak of three straight touchdown-scoring possessions paced the Chiefs to a 21-17 lead by halftime. Additional TDs on the second play of the fourth quarter and then the second drive of the fourth quarter put Tennessee away.

Mahomes turned in another stalwart performance, passing for 294 yards and three touchdowns. Sammy Watkins assumed the primary-receiver torch from Kelce, catching seven balls for 114 yards and a score.

A collapse of Atlanta Falcons-esque proportions this was not, but it was still pretty bad for the San Francisco 49ers. They had a 95.3 percent chance to win while leading 20-10 with seven minutes remaining in Super Bowl LIV. After picking off Mahomes, however, the 49ers’ offense bogged down and failed to put the game away. Kansas City forced a punt, scored a we’re-back-in-the-game touchdown, forced a three-and-out, scored a go-ahead touchdown, forced a turnover on downs, and then scored a title-clinching touchdown.

Mahomes earned MVP honors with three total touchdowns (two passing, one rushing), highlighted by plenty of fourth-quarter heroics for the Chiefs, who are early favorites to win Super Bowl LV. But Williams also staked an MVP claim, in part because his QB threw two interceptions. Williams toted the rock 17 times for 104 yards and a touchdown while also catching four passes for 29 yards and a TD.