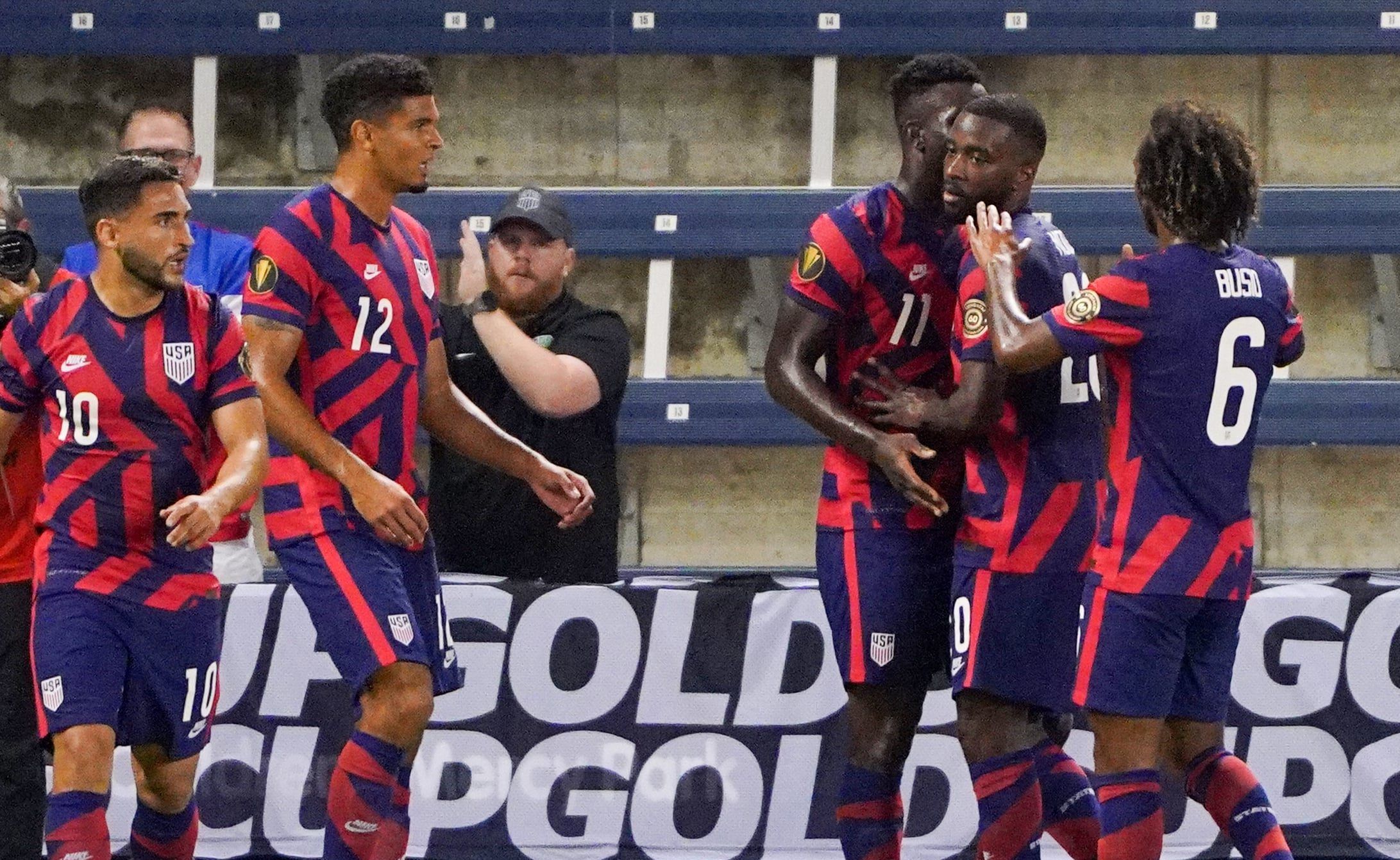 Both the USA and Canada have already booked their spot in the next round of the CONCACAF Gold Cup after winning their opening two games in Group B. However, top spot and bragging rights are on the line when they take each other on tonight.

The United States is the favorite in the betting, but only slightly, and even without Alphonso Davies, Canada has proved itself more than capable of holding its own on the soccer stage.

To add to the excitement of this thrilling Sunday soccer action, we’ve come up with a same game parlay that pays at over 8/1 with FanDuel Sportsbook. Let’s look at the plays.

The great thing about same game parlays is that you can correlate plays and get enhanced odds. That’s the thinking for this one, as I’m expecting the USA to get off to a hot start and for there to be a flurry of goals at both ends of the pitch. That also lines up with US striker Daryl Dike getting on the scoresheet, which gives the odds a nice boost. Let’s take a look at each leg and explain the reasoning.

The odds on USA to win this game are a little skinny for my liking, and I think getting them to be leading at halftime at +145 odds is better value. The USMNT has been hot out of the blocks in both their group games so far, leading Haiti 1-0 at half-time and Martinique 2-0. That goal against Haiti came after just eight minutes, while they led Martinique 2-0 after 23 minutes. Gregg Berhalter’s team likes to punch their opponents in the mouth early, and that quickfire play will be perfect against Canada.

Despite also winning both their group games, the Canadians have been slow starters. They fell behind early to Martinique in their opener before fighting back, and only really came alive in the second half against Haiti. You can get away with that against lesser teams, but not the USA. This team has been red-hot on the shot count and should be motivated to put on a show in front of their home crowd in Kansas City.

While I expect the USA to win the first half, that doesn’t mean I see them dominating Canada. As mentioned above, the Canadians tend to get more into the game as time goes on, and the fact they have scored four goals in each of their opening games proves that they know how to find the net. Striker Cyle Larin, who plays for Turkish champions Besiktas, has scored three goals already and can cause the US defense problems alongside Junior Hoilett.

Daryl Dike made the most of being promoted to starter for the game against Martinique by scoring two goals, and he offers nice odds at +150 to add to his tally. Dike has only just turned 21 but he is already establishing a reputation as a goal machine. He scored ten times in 21 games for Orlando in 2020, but it’s his performances for English Championship club Barnsley that have really shown what a talent he is. In just four months at Barnsley, Dike won their annual Player of the Month award twice, and scored nine goals in 19 games. The Virginia product is clearly oozing confidence and should once again relish the opportunity to represent his country. Expect him to at least have a couple of chances of finding the net.