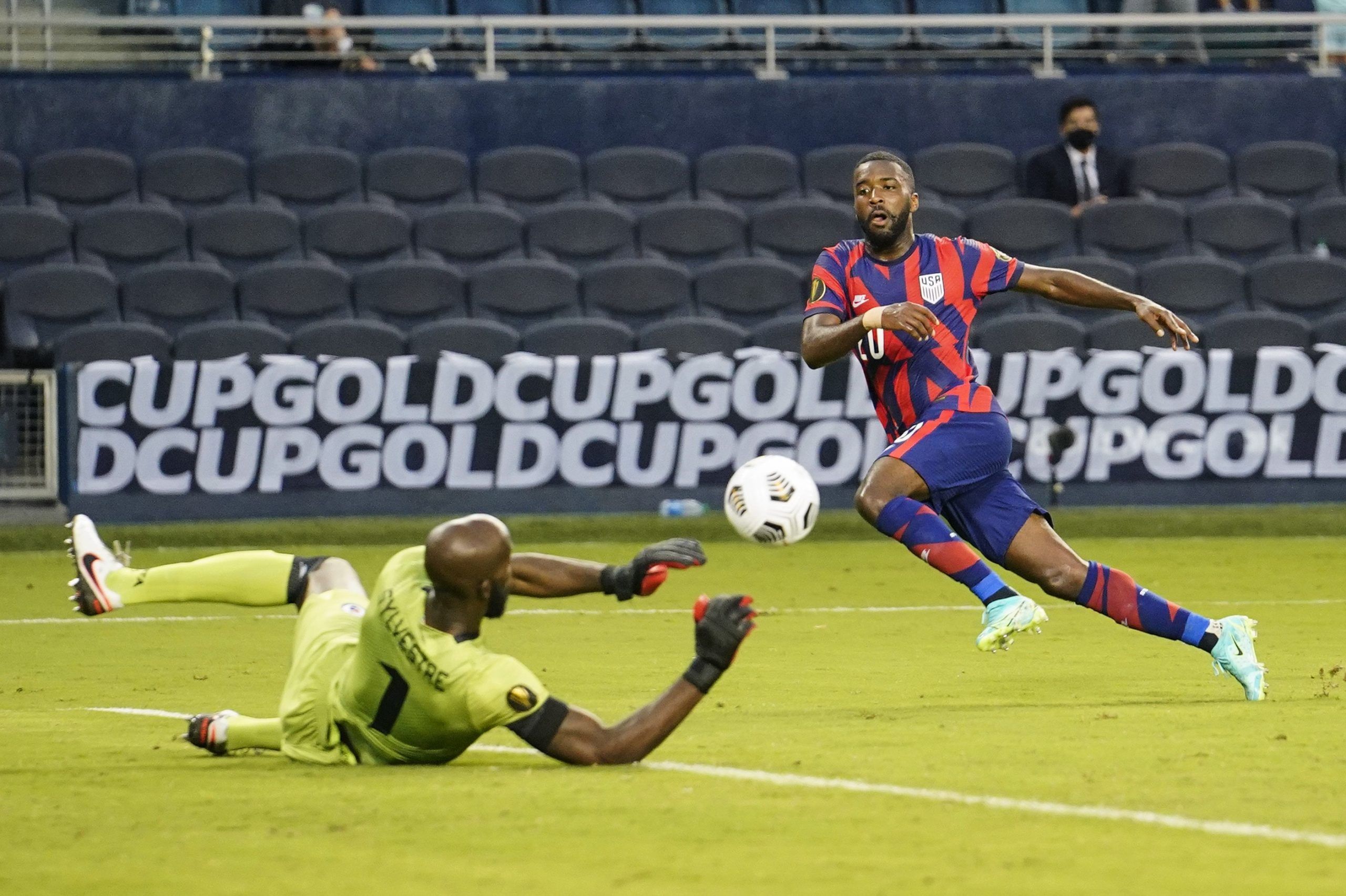 I've been writing about the NFL and a host of other sports for the UK's top daily betting paper the Racing Post for more than 20 years. An incurable Browns fan (1-31 survivor), I also specialise in all kinds of motorsport betting including F1, MotoGP, IndyCar and NASCAR.
@philagius
Published: 7:31 AM ET July 15, 2021

The United States men’s national team made a solid if unspectacular start to their CONCACAF Gold Cup campaign with a 1-0 win over Haiti but Gregg Berhalter’s side will want to put on more of a show in their second game against Martinique in Kansas City on Thursday night.

The U.S. is a clear favorite at -2300 to secure a second win, which would provide the Stars and Stripes with the great comfort of knowing they had qualified for the next stage even before the Group B finale against Canada.

We’ve prepared a same game parlay for the showdown at Children’s Mercy Park which pays over 9/1 with FanDuel Sportsbook.

The smart play here could be to trust the oddsmakers to have called the game correctly and take the USA to win by exactly three goals — which is also the handicap tie on the main spread line — rather than hoping for an even bigger win at +145 on the spread.

The United States managed only one goal against Haiti after all, and although they should find Martinique’s defense easier to break down, they are unlikely to totally hammer the opposition. Canada beat Martinique 4-1 in their first game and the underdogs may well take a more defensive approach to this contest. Martinique went with an attacking lineup against Canada and it paid off when they opened the scoring through Emmanuel Riviere after just ten minutes, but Canada hit back to lead 3-1 by half-time and added a fourth goal in the second half.

Remember, the top American stars, including Chelsea’s Christian Pulisic, are not in what is a young and experimental roster for this tournament, and any comfortable win, with more valuable experience gained, will be welcomed by Berhalter. The USA doesn’t need to run up the score, just getting a solid success, in the mold of Canada’s win over Martinique, will do nicely.

Martinique was never blown away in its four CONCACAF Nations League 2019-20 qualifiers, tieing twice with Trinidad & Tobago and posting a respectable 1-1 tie and a 1-0 loss against Honduras. A three-goal win for the States would be a solid result and looks like a likely winning margin.

Check out our CONCACAF Gold Cup best bets for Thursday 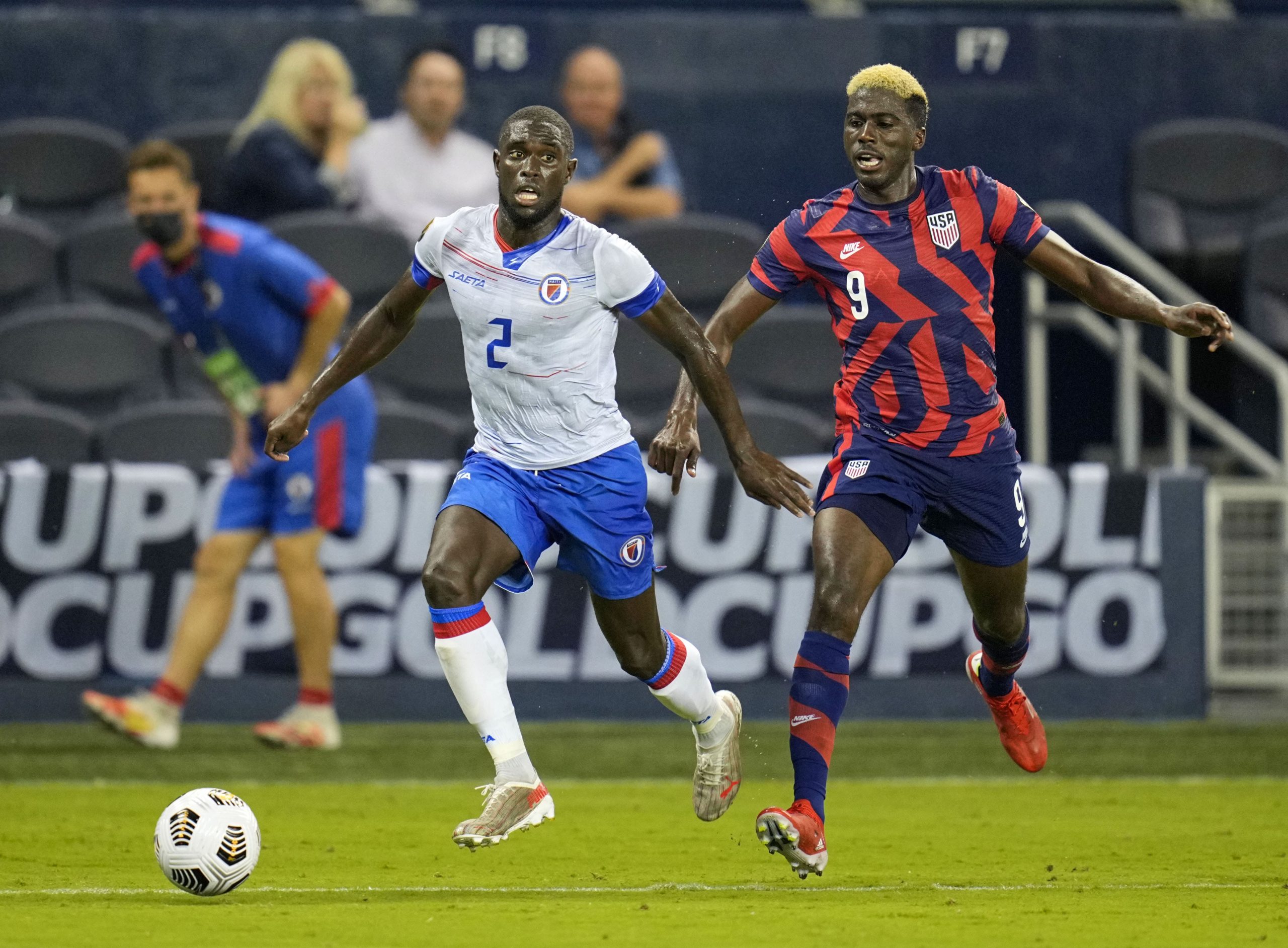 If we’re taking the USA to win by three, it should only be expected that at least one goal arrives before half-time. There were four goals before the interval in Martinique’s first game and Sam Vines netted the U.S. winner against Haiti after just eight minutes.

One of the young players in Berhalter’s squad will be more desperate to impress than most. Nicholas Gioacchini was born in Kansas City, where this game is being played, before his family moved to Italy when he was aged eight.

Now playing for Caen in Ligue 2, the second tier of French football, 20-year-old Gioacchini has made a promising start to his international career after making his debut against Wales in November. He scored twice in the 6-2 friendly win over Panama four days later.

Gioacchini was on the bench for the opening game, but got into the action after just 14 minutes when Paul Arriola went off with a hamstring strain. That injury could give Gioacchini a dream chance to start in his hometown and the level of opposition provides him with an ideal opportunity to get on the scoresheet.