HomeAnalysisNFL AnalysisCrash and burn: How has it gone so wrong for the Jets?

Crash and burn: How has it gone so wrong for the Jets? 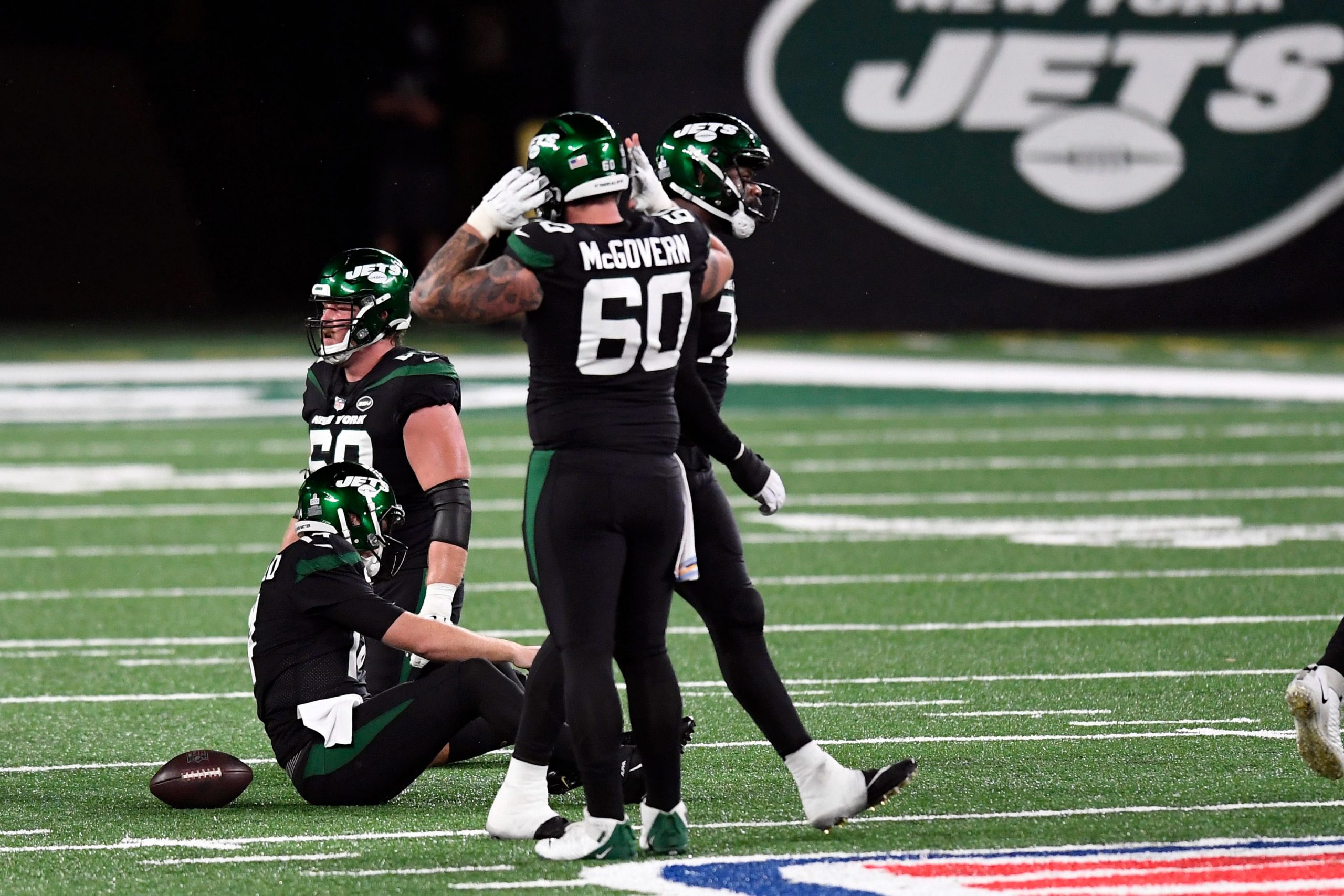 The understatement of the 2020 NFL season would be to say that this year’s New York Jets are bad. That’s because they aren’t just bad, they are catastrophically awful.

Since the NFL moved to a 16-game regular season, only teams have gone through the entire campaign winless: The 2008 Detroit Lions and the 2017 Cleveland Browns. Sat at 0-11 entering Week 13 of the 2020 campaign, the Jets are firmly on course to make that duo a trio.

FanDuel are offering the Jets to go 0-16 at +120 and that now looks a very realistic prospect with this team only trending in one direction.

But why has it got so bad for Gang Green? The future looked bright for an organization that has often appeared snake-bitten previously when they took Sam Darnold third overall in the 2018 NFL Draft. Darnold certainly flashed in his first two years with the organization, becoming the youngest quarterback in NFL history to a QB rating higher than 110 in his debut campaign.

Paired with a man tagged as a “quarterback whisperer” in Adam Gase in 2019, the only way was up for the Jets. They won six of their final eight games last season to finish 7-9 and offer some hope that they were trending in the right direction.

But all the momentum gained from a strong end to 2019 was clearly lost in the off-season and instead of taking off the Jets have crashed and burned.

Darnold looks lost in an offense on course to be the worst in NFL history, with every metric placing him at the bottom of the quarterback pile.

In comparison, back-up Joe Flacco, who has started four games this year, has a rating of 80.6, throwing six touchdowns to three interceptions.

Darnold looks destined to be cast aside come the end of the season with the shadow of a certain Clemson Tigers quarterback looming large over him.

Injuries and opt-outs only part of the problem

The health of Darnold and the entire offense hasn’t helped matters with the wide receiver room, in particular, decimated. Jamison Crowder, Chris Hogan, Denzel Mims, and Breshad Perriman have all missed chunks of the year, while promising rookie running back La’Mical Perrine is currently on IR.

On defense, it has been the cornerback group who have had health issues, while it is easy to forget that the Jets best linebacker CJ Mosley opted out of the year due to COVID-19 concerns.

The Jets have also not been helped out by NFL powers-that-be, landing the second hardest schedule of the year with a .533.

While injuries and a tough schedule have certainly hurt the Jets, it doesn’t explain why they have been so uncompetitive in games. From a betting standpoint, they are 3-8 ATS this season, getting blown out more often than they have kept it close.

At one point this season, the Jets were on course to have the worst points differential in NFL history, surpassing the 1976 Tampa Bay Buccaneers, who ended their debut year on -287. While they now look set to avoid that unwanted landmark, a points differential of -170 is still the worst in the league.

When you’ve bet on the Jets +7 and they miss a 29-yard field goal pic.twitter.com/AvZfQ1t8Jy

The offense is the main culprit when it comes to why the points differential is so bad. Heading into Week 13, the New York Jets are averaging 13.5 points per game, worse than the winless Browns of 2017.

That season, Cleveland ended the year with an average of 14.6 ppg, ranking dead last on offense. But they had some excuses with second-round pick DeShone Kizer starting 15 games for the Browns, supported by a staggeringly talent-poor cast of wide receivers and running backs.

The Jets offense is a mess with the decision to split play-calling between Gase and offensive coordinator Dowell Loggains clearly not working, while any team running 37-year-old Frank Gore 18 times a game is going to struggle to succeed.

Even without fans inside MetLife Stadium right now, those calling for Gase’s head are getting louder by the week.

Looking at what he inherited and how they ended last season, this appears to be a situation entirely of Gase’s creation. He clearly hasn’t learnt the lessons from his failed tenure in Miami, while his decision to pick fights with the likes of Le’Veon Bell has created a toxic atmosphere in the locker room.

The question of why Gase hasn’t already been fired isn’t easy to answer with three coaches having now got the chop. Even with the Jets having not fired a coach mid-season for 20 years, Gase has certainly down enough to earn a one-way ticket out of New York already. The only good news for Gang Green is that with Gase at the helm, the No.1 pick looks in the bag.

The other bit of good news for Jets fans is that there are only five more torturous Sundays to endure before the season is over. The bad news is that four of those remaining games are against playoff contenders and the other is a meeting with the Patriots. They have the second hardest set of games still to play, according to strength of schedule.

At this point, it is very hard to see where a win is going to come from with Sunday’s game against the Raiders and the Week 17 clash at New England perhaps their only chance to avoid infamy. That looks unlikely at this point though and the legend of the 2020 New York Jets looks set to live on long after Gase, Darnold and the rest have gone.