Daily public money update: Bettors all over the Clippers Tuesday 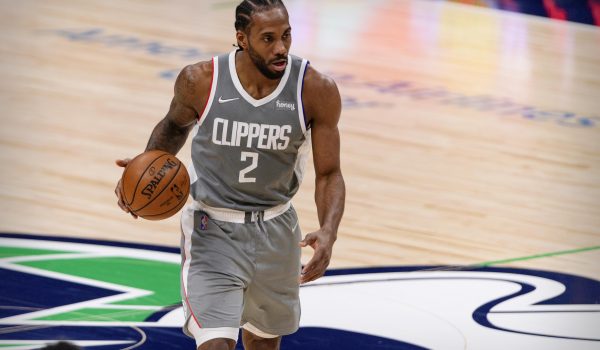 March Madness is in full swing, and we’ve also got some nice NBA and NHL action on Tuesday. There are a lot of big games, which always attracts some big public sides. Will bettors be lucky this time around? Let’s take a look at where the public money is going as bettors once again try to beat the books.

College basketball is getting most of the attention right now, but this NBA spot is shaping up as the biggest public side of the day. 84 percent of the bets and a whopping 95 percent of the money are laying the points with the Clippers here, per DraftKings’ internal numbers shared with us. Los Angeles often finds themselves in this column, so this isn’t too out of the ordinary.

Clearly, the public isn’t too scared of laying double digits. Bettors just saw Orlando trade away most of their top talent at the trade deadline, and are moving quick to fade them. Things have been pretty ugly for the Magic’s offense lately, as they’ve failed to even crack 100 points in six of their last nine games. We’re going with the Clippers as well here, and in fact it’s one of our ‘NBA best bets,’ which have been very hot recently.

Looking at the March Madness Elite Eight slate now, the public is pounding a one-seed. USC is coming off back to back dominant wins over Kansas and Oregon, but that clearly wasn’t enough to sway the public’s opinion. That’s likely more due to who they’re playing than anything they’ve done wrong, as nobody can bring themselves to fade Gonzaga. 69 percent of the bets and 68 percent of the money are laying the points with the Bulldogs in the first game of Tuesday’s college hoops action.

Gonzaga just crushed Oklahoma and Creighton without breaking much of a sweat, and it’s hard to see how even USC’s stout defense will slow down Gonzaga’s historic offense. We can’t fade Gonzaga either, so we’re rolling with the public on this one. For what it’s worth the total on this game is split nearly evenly, with right around 50 percent of the action on both the under and over.

March Madness is often the one time of year we see the public gravitating heavily toward underdogs, but not on Tuesday. In the Elite Eight nightcap, bettors are once again getting chalky and hammering the favorite. 62 percent of the bets and 69 percent of the money are on the Wolverines here over this upstart UCLA team.

The Bruins just knocked off Alabama, but perhaps the public is concerned about the fact that it took the Crimson Tide shooting 11/25 from the free throw line for UCLA to escape with an overtime win. Michigan on the other hand just completely dominated Florida State, controlling that game from start to finish. We see no reason not to go with Michigan here either.

The public always loves their overs, and they aren’t switching it up here. 72 percent of the bets and 68 percent of the money are on the over 135.5 in this spot. UCLA’s offense has played well in the tournament, and they did just score 88 points against Alabama, albeit in overtime. The public didn’t need to see anything more than that 88-78 final score to make this decision.

But Michigan just smothered Florida State with their defense, and both of these teams play at very slow paces whereas Alabama plays extremely fast. The last time UCLA played a slower team, in the Round of 32 against Abilene Christian, the final score was 67-47. We think we’re going to see something more like that here, so we’re fading the public on this one and going under.

Looking at the hockey board now, the public is lining up behind one particular total on Tuesday. 78 percent of the bets and a whopping 94 percent of the money are on the under here in Boston. A rare public under! These teams have met five times this season and all five games have gone under the total, with an average of only three goals being scored in those contests.

The public has probably made some money on those unders already, and they’re going right back to the well here. Nine out of Boston’s last ten games have stayed under, so there’s no way we could expect a shootout here. We’re taking the under as well, and it’s one of our ‘NHL best bets‘ for Tuesday.