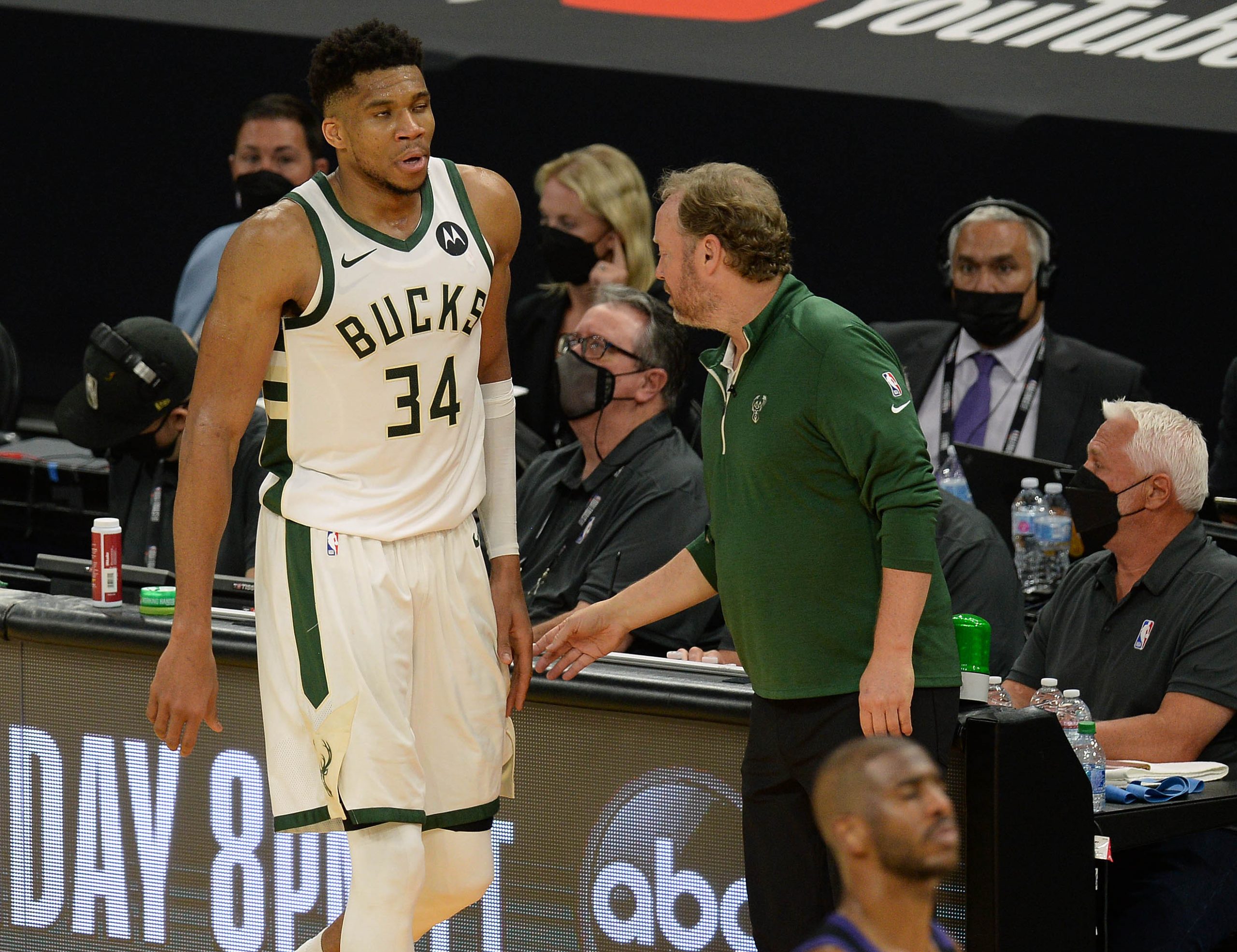 It’s that special time of year when most of the major sports are in action. It’s a lot, and we’re grateful for it. There are plenty of crucial contests coming up, which always attract some big public sides. Let’s take a look at where the public money is going as bettors once again try to beat the ‘books, with the Bucks leading the way on Thursday.

If there’s one thing the public isn’t afraid to do, it’s lay double digits. Especially against a team like the Magic. And that’s exactly what we’re seeing in the NBA on Thursday. A total of 88 percent of the bets and 90 percent of the public money are laying 14 points with the Bucks tonight, per DraftKings’ internal numbers shared with us.

Interestingly, these teams just played in Orlando a couple of nights ago, and the Bucks won by 17. The public thinks they’ll be able to match that here. Milwaukee is finally almost fully healthy while the Magic have been decimated by COVID, so I’m also rolling with Giannis Antetokounmpo as part of my Thursday NBA mega parlay.

Perhaps the best game of the NBA slate is this Eastern Conference showdown on NBA TV between the 76ers and Nets. The public often gravitates toward overs in these big nationally televised games, and they want to see lots of points here. A total 77 percent of the bets and 81 percent of the public money are on the over 220.5 here.

This is Kevin Durant’s first game back from the COVID protocols, and bettors are counting on that to give Brooklyn’s offense a boost. Philly’s offense is playing a lot better now that Joel Embiid is back in full swing as well. We’re on the over, too, and we got it at 217.5 — so it pays to be checking Pickswise early and often!

Turning our attention to some college football bowl action now. We have a nice slate on Thursday with four bowl games, and there’s a heavy public side brewing for the nightcap. Bettors are swarming toward Wisconsin for the Las Vegas Bowl. A total of 86 percent of the bets and 84 percent of the public money are laying the points with the Badgers.

Arizona State wants to be a run-first offense, but they’re going to be without star running back Rachaad White here. Against Wisconsin’s tough defense, that’s a huge blow. Check out our full game preview for Wisconsin vs Arizona State to see our three-star play for the matchup.

The game right before Wisconsin/ASU is the most high profile one on the docket. Michigan State and Pittsburgh will meet for the Peach Bowl at 7:00 pm ET on ESPN, and bettors like the Spartans. It isn’t quite as overwhelming as the other Big Ten team playing on Thursday, but 73 percent of the bets and 79 percent of the public money are on MSU as a modest favorite.

Star quarterback Kenny Pickett isn’t playing here for Pittsburgh, which likely has a lot to do with these bet splits. The Spartans will be without a star of their own in running back Kenneth Walker, but clearly the public isn’t as concerned about that loss. We’re fading the public and the overreaction to the Pickett news, and backing Pitt.

Wrapping things up now with some hockey. The Flames are a relatively modest favorite over the Kraken on Thursday, but bettors certainly don’t see it that way. Money is absolutely pouring in on Calgary. A total of 93 percent of the bets and a whopping 97 percent of the public money are on the Flames at -140.

As an expansion team, it looked like the Kraken might become a team the public liked to bet on before the season began. They sure have hopped off the bandwagon quickly. And given the way they’ve played lately, we can’t blame them. We’re on the Flames, as well.