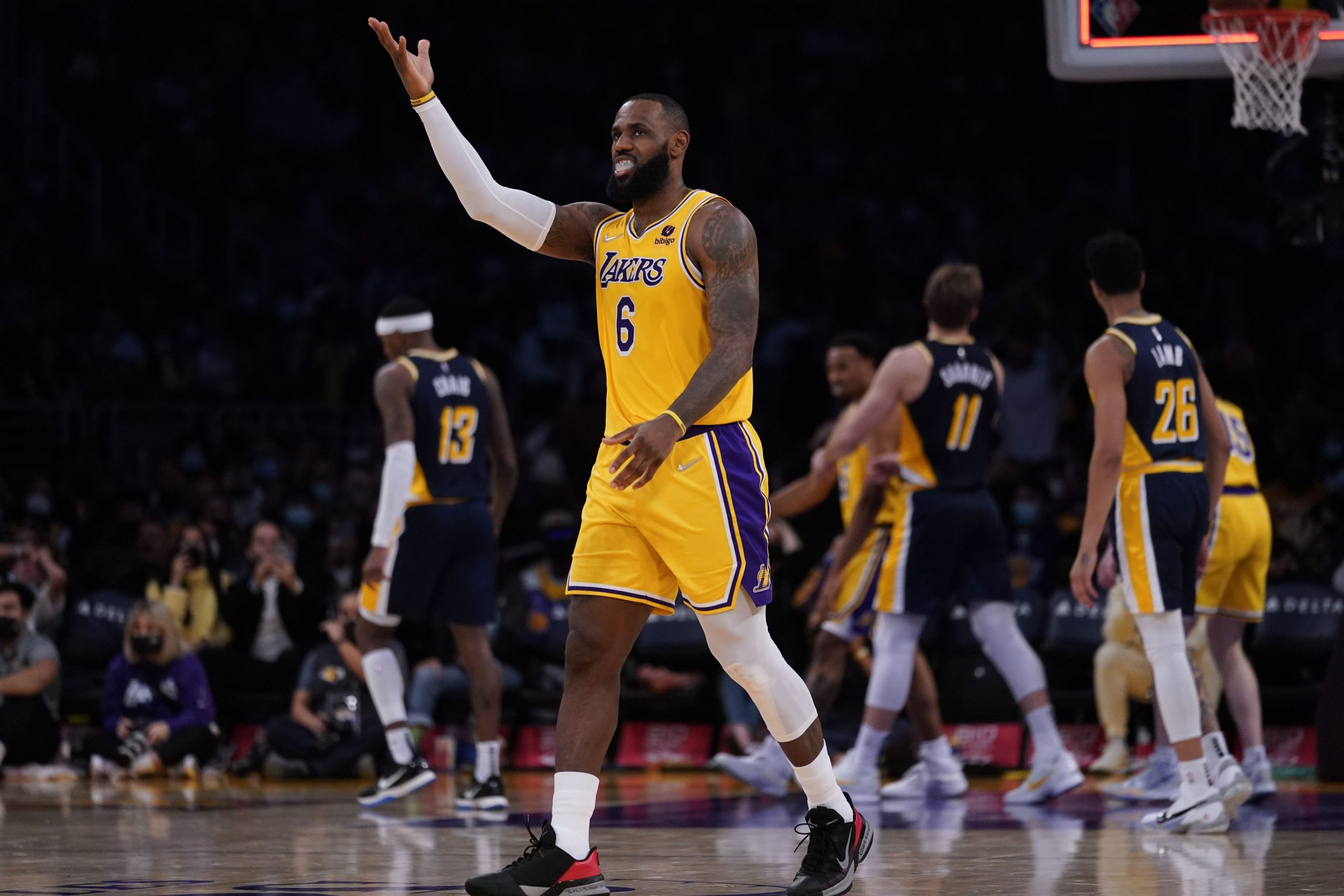 We made it through the NBA all-star break, and games are officially back. Basketball and hockey are in full swing and baseball is right around the corner. It’s a lot, and we’re grateful for it. There are some big contests coming up, which always create some big public sides. Let’s take a look at where the public money is going as bettors once again try to beat the ‘books, with the Lakers leading the way on Sunday.

The public just can’t quit the Lakers. I have to admit I’m a bit surprised to see this one. Los Angeles has disappointed time and time again this season, but they yet again find themselves as a heavy public side on Sunday regardless. A total of 70 percent of the bets and 74 percent of the public money are on the Lakers as the most modest of favorites here, per DraftKings’ internal numbers shared with us.

Usually the public likes to chase momentum, but the Lakers are just 3-8 in their last 11 games. They’re still just so ingrained with bettors as a top-tier team that they’re going to get pounded when they’re even money against a team like the Pelicans. I cooked up a same game parlay for this matchup that has odds of nearly 20/1!

Elsewhere on the NBA card we’ve got another big public side brewing. The Warriors had a brief downturn after their dynasty ended, but they’re right back to being a consistent public team again in 2022. A total of 80 percent of the bets and 85 percent of the public money are laying the points with Golden State over Dallas.

The Mavericks have been playing pretty well recently and have won six of eight, so it’s a bit interesting to see the public lining up to fade them like this. That’s what playing the Warriors will do to you apparently. Head over to our NBA page for our free picks on the side and total for every game on Sunday.

Shifting our attention to the ice now with some hockey. Oddsmakers have this game as virtually even, but bettors certainly don’t see it that way. A total of 79 percent of the bets and a whopping 90 percent of the public money are on Anaheim’s money line here at a barely-juiced -115.

The Ducks are coming off a 4-1 loss to the Kings but in their two games before that they scored 11 goals across wins over the Sharks and Canucks. New York is 2-6 in their past eight, so this could be a fade of the Islanders more than anything else. Check out our full game preview for Ducks vs Islanders to see if our expert agrees.

Wrapping things up with the last game on Sunday’s card. Once again oddsmakers have this one as pretty close to even, and once again the public sees it differently. A total of 80 percent of the bets and 84 percent of the handle are taking San Jose on the money line at around -125.

This might be the only time that you see the public pounding a team that’s 1-8 in their last nine games like the Sharks are. That’s how lowly the public thinks of the Kraken. Seattle is one of the worst teams in the league, and they’ve lost six in a row. Be sure to peruse our free picks for every NHL game on Sunday before making your wagers!