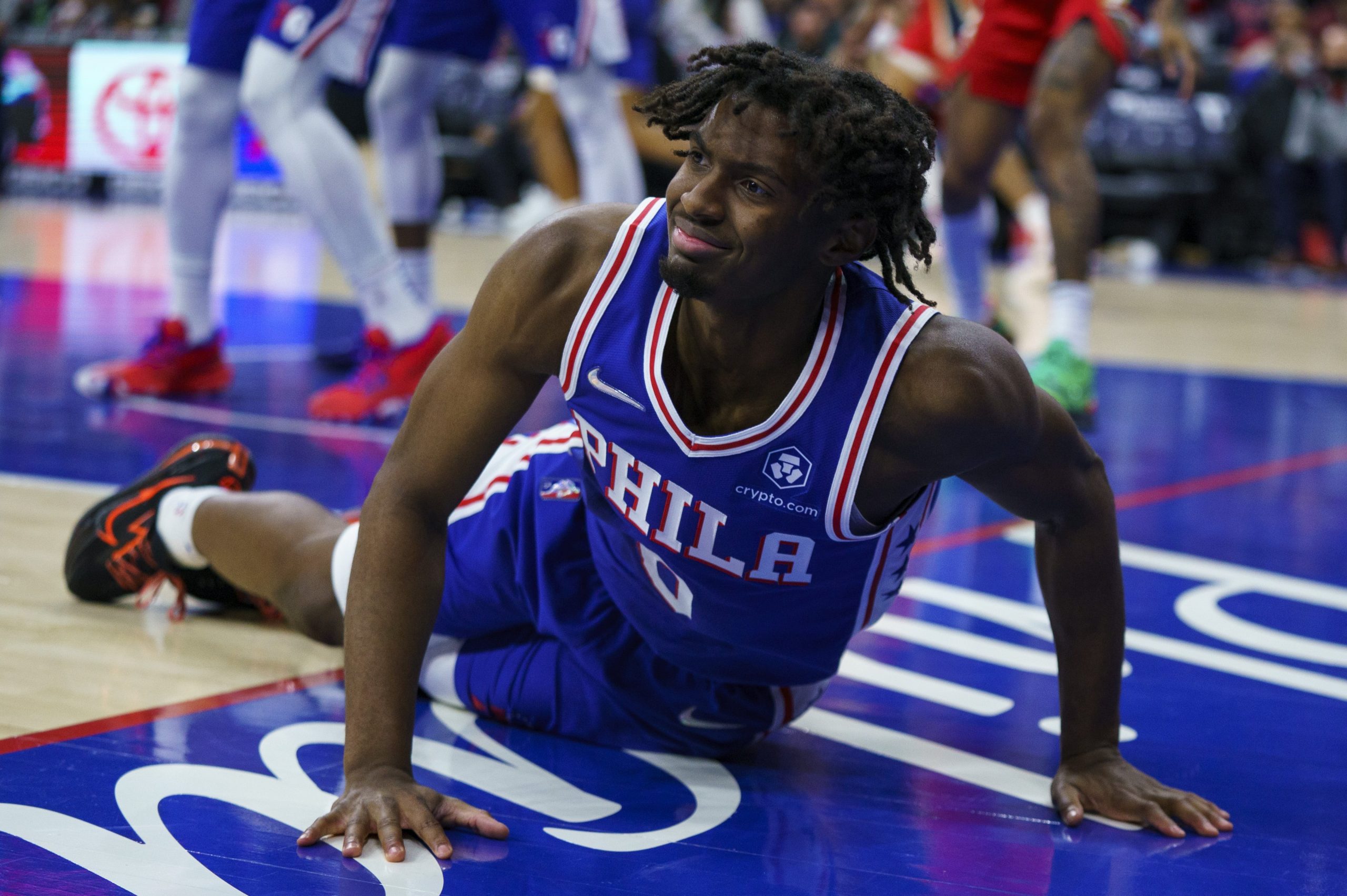 We made it through the NBA all-star break, and games are officially back. Basketball and hockey are in full swing and baseball is right around the corner. It’s a lot, and we’re grateful for it. There are some big contests coming up, which always create some big public sides. Let’s take a look at where the public money is going as bettors once again try to beat the ‘books, with the 76ers leading the way on Friday.

Any time that there’s a ton of hype around something like a star player’s first game with a new team, you can expect to see a heavy public side. And that’s exactly the case for James Harden’s first game with the 76ers. A total of 89 percent of the bets and a near-unanimous 96 percent of the public money are laying the points with Philly over Minnesota, per DraftKings’ internal numbers shared with us.

The public was also fading the Timberwolves on Thursday, and Minnesota upset the Grizzlies. They’ve been playing pretty well over the past month, but still can’t get much respect from bettors. Be sure to check out our free picks on the side and total for all nine NBA games on Friday.

Elsewhere on the NBA card we’ve got another big public side brewing. The Knicks were a great story last year, but they’ve been a huge disappointment this time around. New York is just 2-8 in their last 10 and wouldn’t even make the play-in tournament if the season ended today. Accordingly, bettors are lining up to fade them. A total of 84 percent of the bets and 88 percent of the public money are laying the points with the Heat here.

Miami has been arguably the best team in the Eastern Conference this season, and they’ve won six of their past seven. The public is always going to chase momentum, so this one doesn’t surprise me at all. I’ve also got first basket scorer prop plays for Friday’s NBA slate, so check those out!

Turning our attention from pro hoops to college hoops now. There’s a small college basketball slate on Friday, but there are still a few good games. The only one featuring a ranked team is this Big Ten showdown between Iowa and Nebraska. A total of 79 percent of the bets and 88 percent of the public money are laying double digits with the Hawkeyes here.

Iowa is coming off a 26-point win over Michigan State, so it’s not shocking that the public would flock right back to them here. Nebraska is also 1-15 in conference play, which probably didn’t hurt either. We’ve got a three-star best bet for this game, so you’ll want to check out our full game preview for Iowa vs Nebraska.

Wrapping things up with some hockey. Nothing the public loves more than a good over. Any time there are at least a handful of NHL games on the board, there’s going to be at least one over that’s getting hammered. And that’s the case here for the nightcap of the slate between the Kings and Ducks. A total of 86 percent of the bets and 89 percent of the public money are coming in on the over 5.5 here.

Neither of these teams are offensive juggernauts, but they aren’t anemic either. Los Angeles has been on a goal-scoring roll recently, netting at least three in seven of their past eight games, which could help explain this. Our Friday NHL mega parlay has odds north of 12/1!