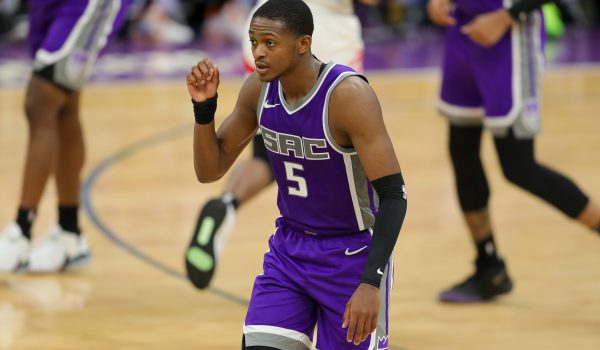 March Madness is in full swing, and we’ve also got some nice NBA and NHL action on Saturday. There are a lot of big games, which always attracts some big public sides. Will bettors be lucky this time around? Let’s take a look at where the public money is going as bettors once again try to beat the books.

College basketball is getting most of the attention right now, but this NBA spot is shaping up as the biggest public side of the day. 86 percent of the bets and a whopping 90 percent of the money are laying the points with the Kings here, per DraftKings’ internal numbers shared with us. Sacramento isn’t exactly a staple of this column, and it’s interesting to see them headlining this list.

On a normal day, they might be on the opposite side of this. That being said they’re playing the Cavaliers, and this is probably a fade of Cleveland more than anything else. But the Cavs have been a lot more competitive than you might think, and they’re 7-7 in their last 14 games so it’s not like they’re just a doormat. This spread feels pretty hefty to us, so we’re fading the public and grabbing the points here.

Looking at the March Madness Sweet 16 slate now, there’s one total that jumps out. Bettors are expecting another shootout in the second game of the Sweet 16, and it’s getting hammered even heavier than the Oregon State/Loyola Chicago over which is also a public side. 80 percent of the bets and 76 percent of the money are on the over in this spot.

These splits are down a little bit from what we saw on Friday, so they’ve taken at least a little bit of money on the under since then Baylor obviously has a high-flying offense, but they’ve really stepped up their defensive intensity in the tournament. They just held Wisconsin to 63 points in their most recent game. Villanova only made it to the Sweet 16 because of their defense, as they’ve held each of their two opponents to 63 points or fewer.

The Collin Gillespie (14ppg) injury will really be felt for their offense here, so there’s no way we could go over. We’re fading the public on this one.

There’s another public underdog on Saturday (Oral Roberts is also a public side, although not as heavy), and it’s the spread getting the highest rate of bet handle so far in the Sweet 16. Bettors have been watching Syracuse’s zone defense once again stifle opposing offenses during March Madness, and they’re not going to hop off the Boeheim train now. 72 percent of the bets and 73 percent of the money are on the Orange here in the nightcap of Saturday’s slate.

Everybody probably also saw Houston very nearly get upset by Rutgers in the Round of 32, and wasn’t too impressed with their effort. But again Houston will have a full week to prepare for this zone defense, and they have some matchup advantages. Houston is one of the best offensive rebounding teams in the country, while Syracuse is one of the worst defensive rebounding teams in the country. We’re fading the public once again here.

Back to the NBA for a second now, there’s a total that seems to be grabbing everybody’s attention. 77 percent of the bets and 81 percent of the money are on the over here in New Orleans. The public always loves to go over in games with a lot of star-power and offensive upside, and these teams certainly qualify.

Both of these sides have played in plenty of shootouts this season, and bettors are expecting another one on Saturday. But there’s uncertainty surrounding the injury status of Luka Doncic and Kristaps Porzingis, and it’s possible neither of them play here. The under has a good chance even if they do play, and feels like amazing value if they don’t. We’re not taking the over here.

Looking at the hockey board now, the public is lining up behind the Panthers on Saturday. 75 percent of the bets and a whopping 90 percent of the money are on Florida on the money line in this spot. This one is fascinating, since the Panthers are currently riding a three-game losing streak, so they don’t profile as your typical public side.

As such, this is probably more of a fade of the Stars than anything else. Dallas has been a huge disappointment this season, and they’re really banged up at the moment. We don’t want any part of them either, so we’re finally siding with the public and taking the Panthers here.