HomeAnalysisNFL AnalysisDoes Seattle’s trade for Jamal Adams change the balance of power in the NFC West?

Does Seattle’s trade for Jamal Adams change the balance of power in the NFC West? 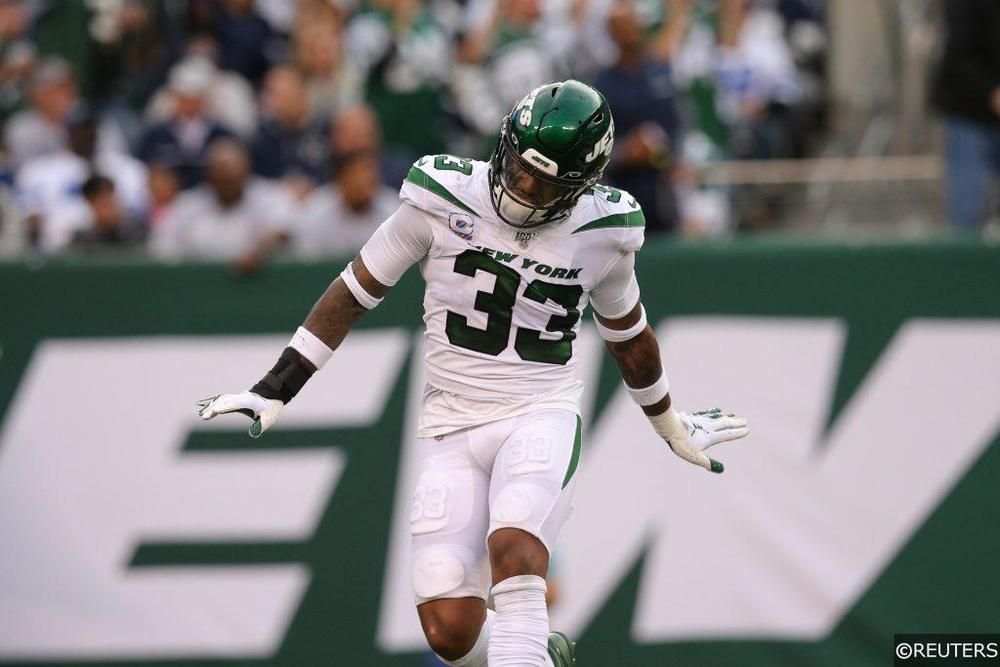 Since graduating from Davidson (The College That Stephen Curry Built), I have been writing about sports -- just about any and all you can think of! -- and coaching tennis in Atlanta, GA. Beyond the four major sports, I am an avid tennis fan and cover the ATP Tour on a daily basis. If I'm not busy writing, you can generally find me on a tennis court or traveling the world wherever a sporting event takes me.
@Dimonator133
Updated: 12:44 PM ET July 27, 2020

Major League Baseball is underway (although it is already on thin ice), the NBA regular season resumes on Thursday, and the NHL playoffs get started this weekend. But the NFL is not about to get left in the dark when it comes to headlines. The league and the players association recently came to an agreement that will allow the 2020 campaign to move forward and now teams are starting to make noise, themselves, as they prepare for the upcoming season.

Since the start of the summer, no louder noise has been made than what came from last week’s trade involving the Seattle Seahawks and New York Jets. Seattle landed star safety Jamal Adams from New York in exchange for two first-round picks (2021 and 2022), a third-round pick (2021), and safety Bradley McDougald. The Seahawks also get the Jets’ fourth-round pick in 2022.

Even before this deal, head coach Pete Carroll’s crew was already one of the two most talented teams in the NFC West. Does this put Seattle over the top and ahead of the San Francisco 49ers?

The case for Seattle

The Seahawks were one yard away from winning the division in Week 17. Hosting none other than San Francisco, they had 1st-and-goal at the one while trailing 26-21 with less than a minute remaining. A victory would have given the two NFC West powers identical 12-4 records, with Seattle holding the head-to-head tiebreaker. Instead, the 49ers came up with a goal-line stand and the rest is history. They snagged a first-round bye and made it to the Super Bowl, while Russell Wilson and company lost to the Green Bay Packers in the divisional round.

Seattle remains a veteran squad in win-now mode as the 2020 season approaches. So it comes as no surprise that Carroll and general manager John Schneider are going all in at the moment, willing to deal with the consequences of mortgaging future draft picks later. The players have to be thrilled, too. Wilson and linebacker Bobby Wagner certainly approved of the trade.

So, how good is Adams? He was arguably the Jets’ best player, making two Pro Bowl appearances in his first three NFL seasons. Since being drafted No. 6 overall in 2017, Adams ranks in the top five among defensive backs in tackles, sacks (first with 12), and forced fumbles (second with six).

The Seahawks are now +250 to win the division, trailing the 49ers (-105). In a league laced with parity, those odds are actually the longest for any second favorite among all four NFC divisions. But that also means there is good value on the Seahawks.

The case for San Francisco

Until dethroned, the 49ers are still the champions of the division and the champions of the entire conference. They have not done a whole lot of moving and shaking this offseason, but why mess with success? The biggest move—quite literally!—was trading defensive tackle DeForest Buckner to the Indianapolis Colts in exchange for a first-round draft pick. To the surprise of no one, San Francisco immediately used that selection to replace Buckner with former South Carolina defensive tackle Javon Kinlaw. That pick came with high praise from just about all the experts.

Kinlaw joins a scary defense that already features Nick Bosa, Arik Armstead, and Richard Sherman. On the other side of the ball, quarterback Jimmy Garoppolo is by no means elite but he may be the right man for this team. With appropriate weapons around him (which he has in the form of George Kittle, Deebo Samuel, Raheem Mostert, and others), Garoppolo is more than capable of sustaining success.

Whereas Seattle has Atlanta and Minnesota as fellow second-place finishers in 2019 on the schedule, San Francisco will go up against New Orleans and Green Bay (be sure check out our NFL picks for every game, every week). Advantage: Seattle. The rest of their two schedules are the same, of course (aside from home-away differences), and even the slightest schedule discrepancies could be real factors in a division that will likely be just as competitive as it was last year. Wilson is quite simply better than Garoppolo, and not only is he a Super Bowl runner-up but he is also a Super Bowl champion. He has a realistic chance of adding a second Lombardi Trophy to his haul…and an even better chance of adding another NFC West crown.

With Adams being added to an already stout defense, getting the Seahawks at +250 is the better bet.