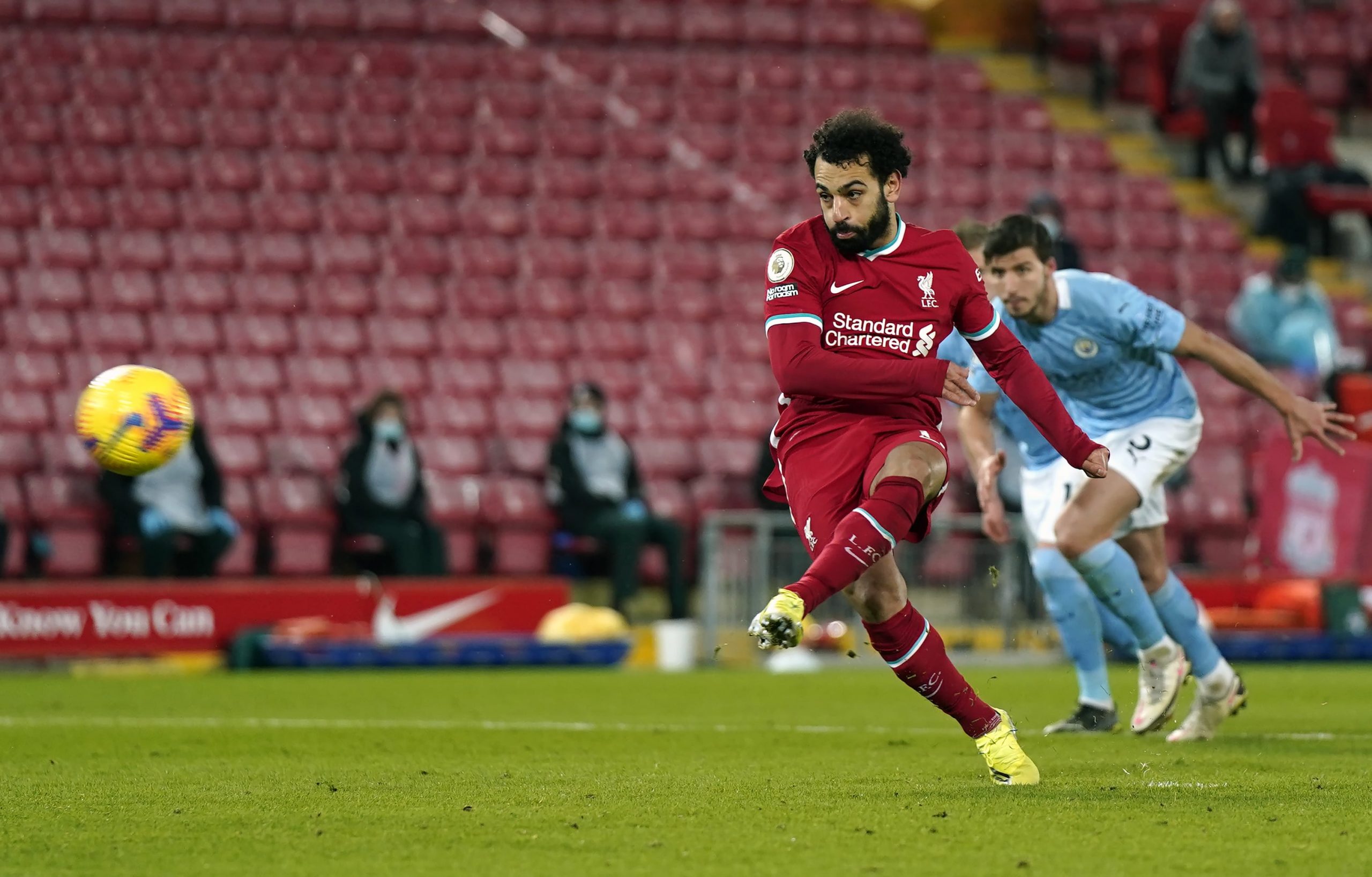 One of the biggest games of the EPL season takes place on Sunday at 11:30am ET as 2019-20 Premier League champions Liverpool host last season’s winners Manchester City at Anfield. Both teams are battling hard already in the race for this year’s EPL title, and victory for either side could go a long way to determine who is top of the standings come May.

To add to the drama of this high-stakes matchup, we’ve come up with a same game parlay that pays at nearly 14/1 odds! Let’s break it down.

We’ve got 3 legs in this same game parlay. With both teams quite closely matched, getting the tie at +240 odds seems like great value. Throw in both teams finding the net in the second half, which is likely given their talent in attack, and Mohamed Salah to score at any time and these odds get an almighty boost.

Both Liverpool and City have enjoyed some terrific battles in recent years and another tremendous matchup is likely here, but it could result in the teams taking 1 point each. Liverpool enter the game as home underdogs despite the fact they have been unstoppable in front of goal, and will be full of confidence after their midweek 5-1 thrashing of Porto in the Champions League. As for Manchester City, they have been incredibly rigid in defense and secured a huge 1-0 victory over Chelsea last week. However, their 2-0 defeat to PSG on Tuesday highlighted that they are still far from perfect and Jurgen Klopp’s men will like their chances of getting something from this game.

This matchup could go either way but in front of a raucous Anfield crowd I expect it to remain incredibly tight throughout, and at +240 there looks to be plenty of value in backing the tie to kickstart our same game parlay.

Even though City have conceded just 1 goal in their 6 Premier League games this season (which came in their first game against Tottenham), this game is likely to feature goals and getting nearly 2/1 on both teams to find the net in the second half has value. Liverpool have scored 3 or more goals in each of their last 6 games in all competitions — an incredible record — but what is most eye-catching is that they have scored at least 2 in the second half in every game during that streak. Klopp’s men clearly find their groove as the game progresses and opposing defenses struggle to deal with Mohamed Salah and Sadio Mane.

However, that success Liverpool has in attack also exposes some frailties at the back. They allowed Brentford to net twice in the second half in their 3-3 tie last week while Porto also notched a consolation late on. Given City’s ability to carve through opposing teams, Pep Guardiola’s men should also be capable of scoring in the later stages of the game.

If both teams are going to score in the second half, then there’s a good chance that Mohamed Salah is responsible for one of the goals. The Egyptian attacker has a tendency to pop up in these games, having scored in 3 of the last 4 meetings between the two. Further, he has already found the net 5 times in 6 EPL games this season, and the fact he is Liverpool’s penalty-taker is another potential way he can score a goal. Take Salah to score and boost this same game parlay up to very attractive +1379 odds.