We have put together a 4-pick cross-sport parlay that will take you right through Wednesday, including picks from the MLB, MLS, and Wimbledon. Two picks are taken from the MLB with one pick from Wimbledon and the MLS. A winning ticket would give us a nice payout with odds of +1074 at DraftKings. Let’s break down each of these plays.

There is a lot of pressure on Emma Raducanu at home in Great Britain after she reached the 4th round last year at the All-England Club and then won the U.S. Open. The world No. 11 disposed of Alison van Uytvanck in round one – a dangerous grass-court player – in easy straight sets.

Carolina Garcia on the other hand, needed a third-set tiebreaker to get past 204th-ranked Yuriko Miyazaki on Monday. It is worth noting that Raducanu prevailed in her only previous matchup with the Frenchwoman earlier this season in Indian Wells, and both of the sets won by the Brit were 6-1. For that reason, backing Raducanu to advance to the 3rd round will be the play.

The Braves’ great matchup against a lefty (Ranger Suarez) and a poor Phillies’ bullpen should have them winning this game and also lighting up the scoreboard. Such a potent lineup should perform even better in a hitter-friendly stadium.

Combined with the top of the Phillies lineup, these 2 teams could make the ultimate lineup. Kyle Schwarber can smash balls out of the park, and Nick Castellanos will be taking the lead over Bryce Harper in most statistics while he is out. Atlanta starter Kyle Wright is also coming off back-to-back starts allowing at least 4 runs. With both teams set to produce, expect plenty of runs on Wednesday night.

NYCFC come into this game trailing the Philadelphia Union by 2 points after their shocking 2-1 defeat at Subaru Park last weekend and will look to get back on track on Wednesday.

FC Cincinnati is the perfect team for NYCFC to bounce back against, and they are 6-0 against the hosts all time. Expect NYCFC to jump all over Cincinnati from the start, therefore backing them to collect all three points on Wednesday night will be the play.

The Dodgers couldn’t have started this series any worse, but they should be able to finish it with a win on Wednesday night. They may not have Clayton Kershaw or Tony Gonsolin on the mound for the series finale, but their overall pitching staff is still far stronger than Colorado’s. That’s especially true given they will be facing German Marquez on Wednesday night.

The Rockies starter is not having anywhere close to the year he was hoping for after looking solid in many of his starts last season. That has been even more true when pitching at home. Marquez’s struggles are even worse given that the Rockies have had one of the worst bullpens all season. Similarly, they have the league’s worst fielding percentage. For that reason, backing the Dodgers to win on the run line will be the play for Wednesday night. 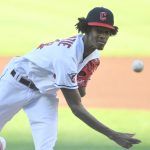 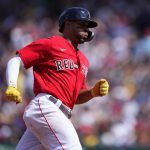 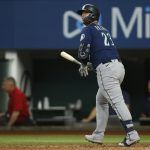