We have an eight-game slate in the NBA on Friday, headlined by a double-header on NBATV that features the Portland Trail Blazers, Brooklyn Nets, Sacramento Kings, and Los Angeles Lakers. Other teams taking the court are the Philadelphia 76ers, Boston Celtics, Milwaukee Bucks, Utah Jazz, and Phoenix Suns. It is an intriguing schedule to tip of the weekend on the professional hardwood, offering plenty of betting options.

Here is our best five-team parlay for today’s action.

For this parlay we mix in two favorites against the spread and three winners on the money line. Let’s break down each of the five legs one by one.

The Spurs came up short in Miami earlier in the week and will now be looking to rebound in Boston. Derrick White is now expected to be out for the rest of the season. Devin Vassell can some of what White does, but his playmaking ability is not the same. He is having a solid rookie season and now they are going to be asking a lot more of him. White was the Spurs’ second-leading scorer and it will be interesting to see how they try and replace that 16 ppg. After an embarrassing home loss to Oklahoma City, the Celtics beat Charlotte in their last game. Neither Kemba Walker nor Marcus Smart played in those games. Smart should be back for this one after a suspension . Jayson Tatum and Jaylen Brown both had strong games against the Hornets with a combined 73 points. I like the matchups here for Tatum and Brown, and with Smart back in the fold they can be a solid defensive team.

These two teams went head-to-head earlier this week, with the Wizards prevailing 119-110. Collin Sexton was unavailable for the Cavaliers that night and he looks to be questionable to play here, too, which could leave them once again disadvantaged. They are also dealing with several recent injuries to key rotation players. Larry Nance Jr., Matthew Dellavedova, Taurean Prince, and Isaiah Hartenstein all appear to be unavailable tonight. The Wizards, on the other hand, have no fresh injury concerns and will be welcoming back Rui Hachimura. He missed the last game between the two but has gone on to appear in the last couple of games the Wizards have played, meaning rust should no longer be a problem for him tonight. The Wizards have won nine of their last 10 games to surge up the standings. 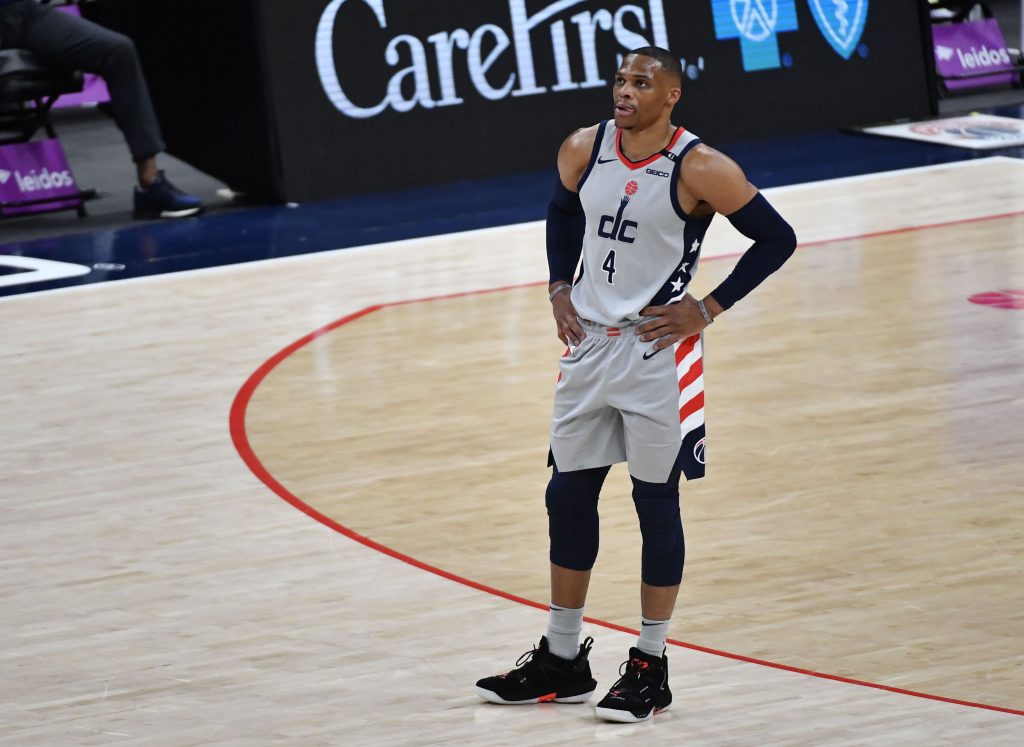 After a slow start to April, the Trail Blazers have finally turned things around with two straight wins over Indiana and Memphis. Both wins were in typical Portland fashion with a ton of points scored. Three players scored 20-plus points in the win over Memphis, let by CJ McCollum (26). Carmelo Anthony also provided a spark off the bench with 18 on 7-for-11 shooting. The Blazers are just one game back at the sixth position in the Western Conference; they are keen on avoiding the play-in tournament, so every upcoming game is big for them. They have fared well against Brooklyn in recent meetings, winning 11 of the last 15 between the teams. Portland has also covered in four of its last six games overall, so it is in decent shape heading into tonight’s matchup. Kevin Durant was on fire for the Nets in their win over Indiana on Thursday, but this is the second leg of a back-to-back scenario and it is unclear if Durant will suit up.

The Magic have picked up just two wins in their last 10 games and will face a tough visit to Memphis tonight to face off against a Grizzlies team trying to cement their playoff position. Orlando will be without several key rotation players in Terrence Ross, Chuma Okeke, Otto Porter Jr., and Michael Carter-Williams all unavailable. With the Magic having picked up only nine road wins in 29 attempts this season, these injuries really derail their chances of competing tonight. One of the biggest advantages the Grizzlies will have is on the interior, with Jonas Valanciunas matching up against Wendell Carter Jr and Mo Bamba. Carter has struggled defensively since coming into the league, while Bamba is still very inexperienced. This contest should not be competitive.

Reigning NBA MVP Giannis Antetokounmpo went down last night with an ankle injury and did not return to the game. He is doubtful to play tonight, which changes the whole dynamic of this matchup. The Bucks are not the same team without him, obviously, and it showed in a disastrous Thursday night loss to the Rockets. Without either Antetokounmpo or Chicago’s Zach LaVine, Nikola Vucevic will be the best player on the floor. The Bucks will struggle to get open shooters without the Greek Freak because they have no threat inside.