HomeAnalysisNFL AnalysisGronk or Big Ben: Who will win NFL Comeback Player of the Year?

Gronk or Big Ben: Who will win NFL Comeback Player of the Year? 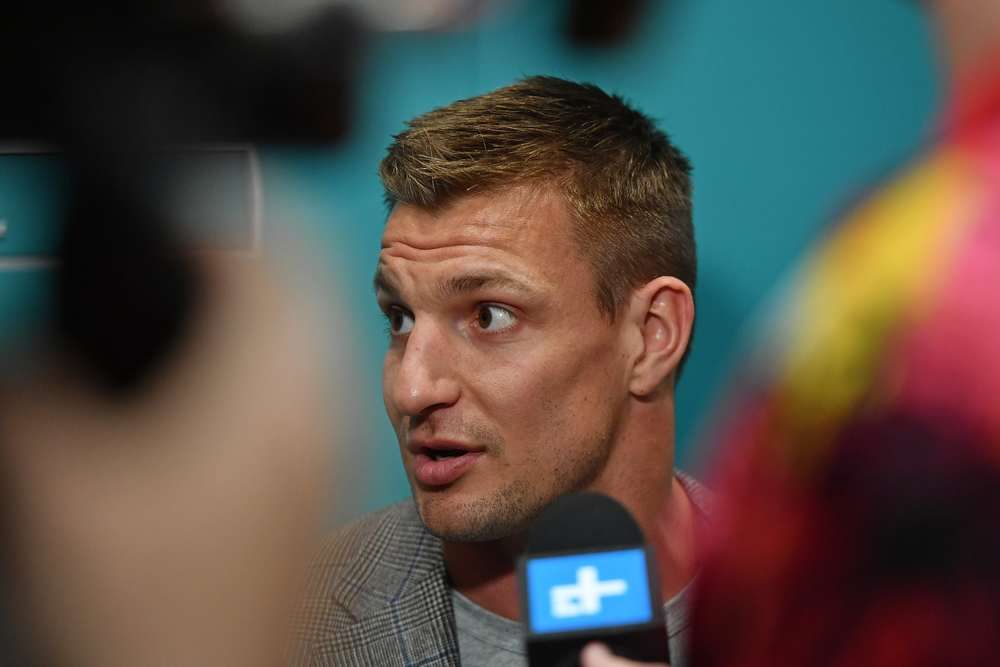 Rob Gronkowski is back with Tom Brady. Ben Roethlisberger is back from another injury. Who will win NFL Comeback Player of the Year in 2020?

Well, the league itself would be making a great comeback of its own if the coronavirus crisis allows for football to get up and running later this year. There is no guarantee that will happen, in which case every player in the NFL will be making a comeback of sorts in 2021. For now, however, we must be optimistic and work under the assumption that our Sundays this fall will be filled with setting fantasy lineups, watching Red Zone, and placing wagers on arguably the best sport in the world.

Speaking of wagers, odds are already up for just about everything you can imagine when it comes to the 2021 campaign—including Comeback Player of the Year.

Having never previously played fewer than 12 games in his career, Roethlisberger suited up for only two last season due to an elbow injury. He should be good to go for 2020 after reporting now pain while throwing passes earlier this spring. Although Roethlisberger is 38 years old, his most recent completed season (2018) featured 5,129 passing yards with 34 touchdowns and 16 interceptions. He has now shown signs of slowing down.

Gronkowski retired at the age of 29 following another Super Bowl title with the New England Patriots, but to the surprise of surely no one his retirement did not last long. Brady going to the Tampa Bay Buccaneers was all Gronkowski needed to be lured back to the field. He should have plenty of opportunities to excel in 2020 with his body rested, a familiar face at quarterback, and opposing defenses force to deal with other weapons such as Mike Evans and Chris Godwin.

There is no denying that Watt can still wreak havoc whenever he is on the football field. Unfortunately for the Houston Texans veteran defensive end, he probably has far less of a chance of staying on the field than either Roethlisberger or Gronkowski. Watt has logged more than eight games only once in the last four seasons. Although it is no fault of his own, the former Wisconsin standout is past his prime at 31 years old.

Green has played more than 10 games just once in the last three years. That’s better than Watt, but that’s also not saying a lot. If Green can stay healthy, however, perhaps he and the rest of the Cincinnati Bengals franchise will be reinvigorated by some new blood under center. The Bengals earned the No. 1 overall pick in the 2020 NFL Draft thanks to their 2-14 record this past season and with it they landed Joe Burrow. Green has eclipsed the 1,000-yard receiving mark six times, including 1,078 yards and eight touchdowns in 2018.

In order to have a chance at this award, Foles obviously has to win the Chicago Bears’ starting quarterback job over Mitchell Trubisky. That is one of the reasons why this is a risky play. It’s true that beating out Trubisky should not be too difficult of a proposition for any capable QB, but it’s also true that Foles has mostly underwhelmed throughout his NFL career. Still, you never know if and when that 2017-18 playoff magic will be recaptured….