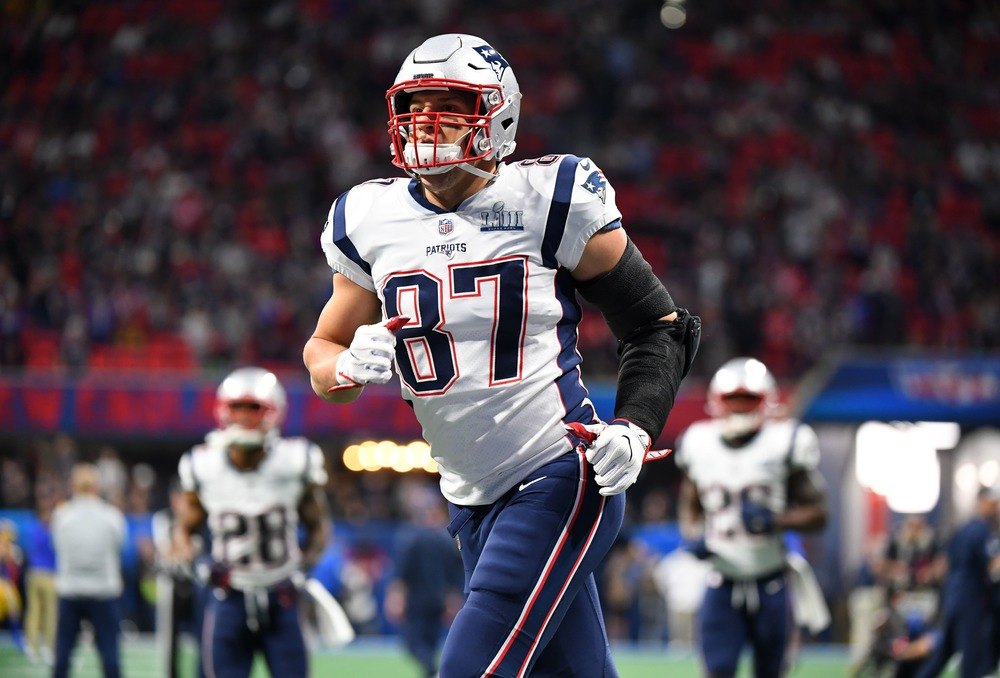 Gronk is back! The veteran tight end is ending his brief retirement and joining Tom Brady in Tampa Bay.

The Patriots have traded Rob Gronkowski and a seventh-round pick to the Buccaneers for a fourth-rounder. Barring a reworked contract, the 30-year-old will be playing on a one-year, $10M deal.

It’s a shocking, sudden move, but it’s not necessarily unexpected. Since Gronk announced his retirement in March, 2019, there have been rumblings that the tight end could make a return to the field. With the Patriots receiving game struggling last season, there were continued rumors that Gronkowski would make his comeback down the stretch.

Instead, he’ll make his NFL return in Tampa Bay. Gronk will be joining a revamped offense that’s highlighted by the Bucs’ major free agent addition at quarterback:

While Gronk is one of the best tight ends in NFL history, he’s far removed from his best seasons. His last 1,000 yard season came in 2017, and he hauled in 47 receptions for 682 yards and three touchdowns in 2018 (he added another 13 receptions in the playoffs, including six in New England’s Super Bowl win over the Rams).

The veteran hasn’t seen the field in more than a year, and he hasn’t put up top numbers in two years. While he’ll provide Brady with a giant red zone target, his addition shouldn’t have a major impact on the Buccaneers’ odds. We’d expert their 9.5 o/u to stay the same, and they should still find themselves with around +1300 odds to win the championship.

Of course, the Buccaneers roster could continue to see a makeover, as it’s unlikely the team will hang on to tight ends O.J. Howard and/or Cameron Brate. There were rumblings last week that Tampa Bay was shopping Howard, and the front office was reportedly seeking a second-rounder during last year’s trade deadline. The tight end hasn’t lived up to his first-round status, but he’s still averaged more than 30 receptions in each of his NFL seasons. The Buccaneers shouldn’t have an issue finding a taker for the 25-year-old.

Today’s trade doesn’t change much for New England (unless fans were still holding out hope for a Gronk return). This move was a no-brainer for the Patriots, as they got to move up several rounds by using a player they weren’t counting on. Perhaps this extra draft pick will help the team improve their chances of winning the division.