HomeAnalysisNFL AnalysisHow will Saints weather the storm without Drew Brees?

How will Saints weather the storm without Drew Brees? 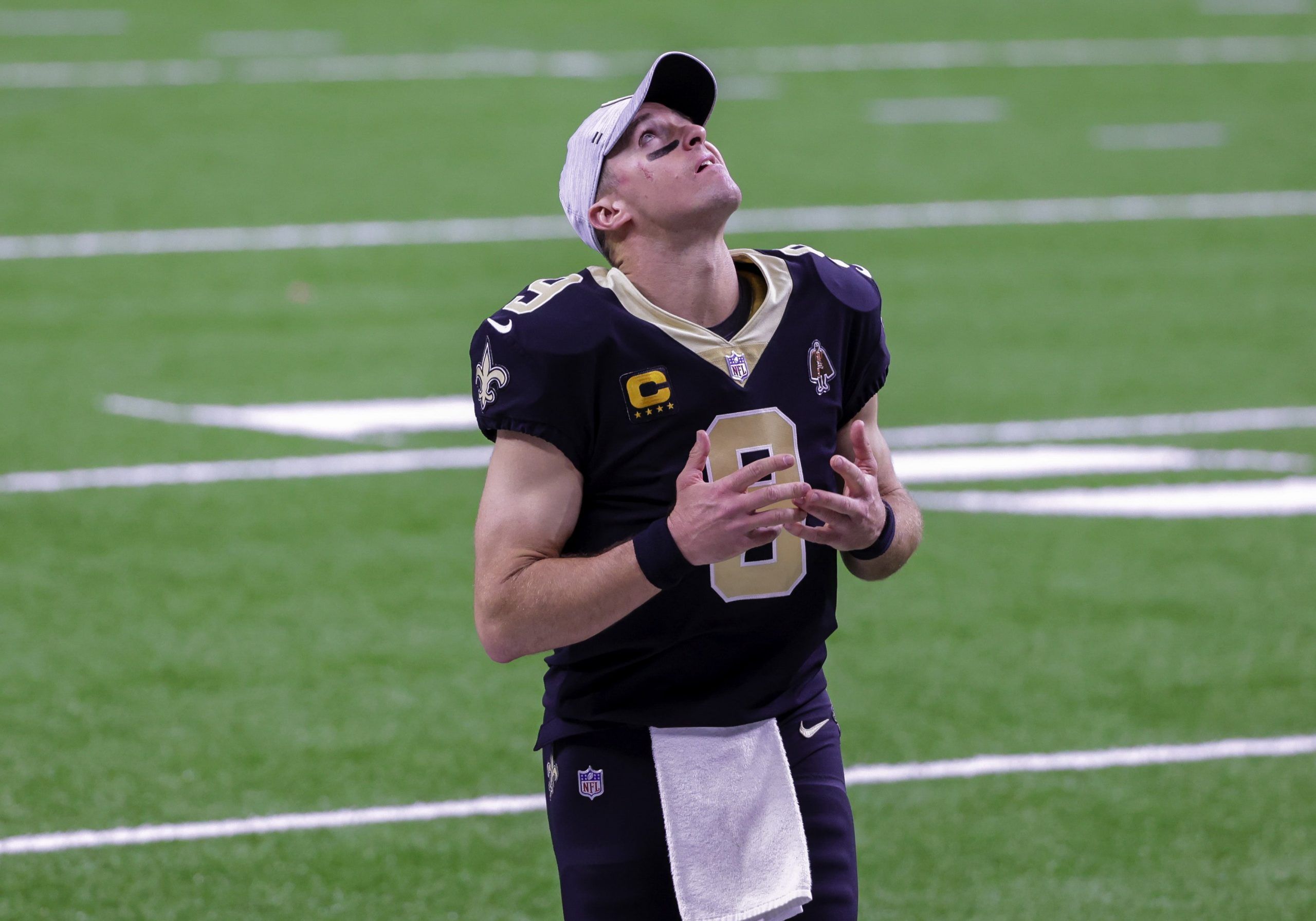 Perhaps the biggest story of Week 10 was the injury to New Orleans Saints quarterback Drew Brees. After taking a big hit in the first half Brees had to pull himself out in the second, and now we have a clearer picture of what exactly is going on. Per ESPN’s reporting, Brees has a handful of fractured ribs, as well as a collapsed lung.

ESPN’s Dan Graziano said 2-3 weeks is considered a best-case scenario for Brees, and although he should be back for the playoffs, it looks like they’re going to be without him for the foreseeable future. Since only one team gets a bye under this new playoff format, getting the top seed in the NFC would be crucial, and they’re currently tied with the Packers for that spot.

They’re also only a half-game up on the Buccaneers for first place in the NFC South. So how will the Saints weather the storm without Brees? Let’s take a look at all the factors at play.

The most important question is what Sean Payton will decide to do at quarterback. Winston filled in during the second half against the 49ers, completing six of ten passes for 63 yards. But Payton of course loves Hill, and he can’t be ruled out. There’s also a good chance both of them get some run. The most likely scenario is probably Winston starting but with Hill mixing in even more prominently than he does when Brees is under center.

Winston was of course up and down during his time as the Buccaneers’ starter, but he never had a situation this good. The Saints have easily the best defense he’s ever played with, and easily the best running game he’s ever had. There will be a lot less on Winston’s shoulders than there was in Tampa, which should help him immensely.

He’s always been capable of moving the ball, and the reduced pressure should help him cut down on his turnovers. We saw Teddy Bridgewater play very well during five starts in relief of Brees last year, and there’s no reason to think Winston can’t do the same. He might not have Brees’s accuracy, but he’ll also keep defenses more honest downfield than they have been due to Brees’s diminished arm strength.

JAMEIS IS WARMING UP 🚨

The defense is peaking

With the way the defense is playing right now, it might not matter who is under center. They’re starting to look like arguably the best unit in the league, and have been downright dominant the past couple of weeks. They held the Buccaneers to just three points and made Tom Brady have one of his worst games in years two weeks ago, then completely shutdown the 49ers this past week.

With Cameron Jordan, Marcus Davenport, Trey Hendrickson and others, they have a ferocious defensive front that can make life miserable for any quarterback. They give up only 3.3 yards per carry, tied for the best mark in the league, so you can’t run on them. Having a shutdown corner like Marshon Lattimore makes them pretty hard to pass on too.

The schedule is pretty soft

Fortunately, they won’t be asking Winston or Hill to win too many really tough games. Their next three are against the Falcons twice and a Broncos team that is struggling mightily. It’s possible Brees is back after that but even if he’s not their next game is against an Eagles team that also can’t get anything to work right now. After that they’ve got the Chiefs, so luckily for them their new quarterback will get to warm up against some softer defenses.

All the evidence suggests there’s no real reason to panic if you’re a Saints fan. Brees will be back for the playoffs. Winston has never been in this good of a situation, so he could look better than he has at any point in his pro career. The defense is playing at an unreal level, and will be enough to carry the team even if the offense lags. On top of it all, the schedule is going to be pretty easy for the games that Brees should be out. Losing your quarterback is never ideal, but New Orleans is in about as good of a spot as you could ask for given the circumstances.