Jacksonville Jaguars: What will their 2020 record be? 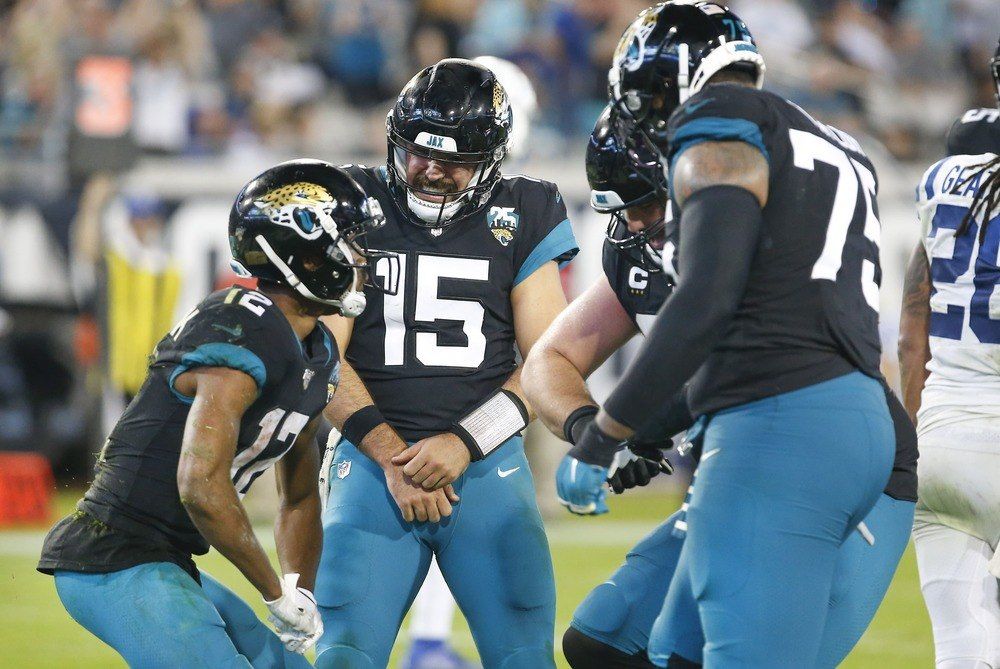 Can Minshew recapture last year’s early-season magic and make the Jaguars contenders in the always there-for-the-taking AFC South? The overall squad will have to improve mightily on the heels of 5-11 and 6-10 campaigns in order for that to happen. Although the schedule makes it possible, the talent level—or lack thereof—makes it unlikely.

Neither one of these AFC rivals is expected to be very good. With both teams coming off a unique offseason, there is even more reason to expect this one to be ugly. At home, Jacksonville should survive. Win

If Week 1 against visiting Indianapolis represents a friendly opener, Week 2 provides the Jaguars with one of their toughest tests. It’s one that they won’t come close to passing. Loss

Miami is not terrible regardless of who is under center (either Ryan Fitzpatrick or Tua Tagovailoa). Still, this is a winnable game for the Jaguars and its defense can keep Miami’s offense in check. Win

Will the Jags be going up against Tagovailoa and Joe Burrow in back-to-back weeks? The smart money is on Tagovailoa not playing, but Burrow will definitely be there for the Bengals. Loss

Houston fared well enough last season even without J.J. Watt—again—most of the way. With Watt back and Deshaun Watson still running the offense, Jacksonville will be outclassed on the road. Loss

The Jaguars will be licking their wounds from two straight losses and they may not be able to recover until the upcoming bye week. This team isn’t good enough to avoid one especially terrible loss in 2020. Loss

At the same time, this team is good enough to win at least once on the road…right? If so, it will likely come at the expense of a rookie quarterback (Justin Herbert) after Jacksonville enjoyed the benefit of a bye. Win

Houston overachieved to reach the divisional round of the playoffs last year, but it has been downhill ever since. Jacksonville should not have much trouble avenging its Week 5 road setback. Win

It won’t be overly cold in the Frozen Tundra at this point and there may not even be fans in the stands. Still, it is a tough environment for visiting opponents and this one won’t be close. Loss

The Jags also might not be competitive in Week 11, when Pittsburgh pays a visit. Ben Roethlisberger is back, and if he stays healthy the Steelers should be in contention for a playoff spot. Loss

Speaking of the playoffs, the Jaguars relative respectable start to this season now hits a serious rough patch—such that they are sliding right out of the picture with a bad home loss to Cleveland. Loss

The previous week’s date with the Browns comes in the middle of an otherwise brutal stretch. Jacksonville awaits Tennessee and Baltimore following this one at Minnesota. No chance. Loss

It doesn’t matter where the Jags play the Titans; an upset is not going to happen. Derrick Henry will run circles around Jacksonville as Tennessee takes complete control of the AFC South. Loss

Baltimore won’t have clinched home-field advantage throughout the postseason by this point, which is bad news for the Jaguars. They are going to see a whole lot of Lamar Jackson. Loss

After losing six in a row, the Jags should be able to get back on track at home by victimizing a mediocre Chicago squad. Of course, it will hardly matter in the grand scheme of things. Win

The Jaguars have bookend dates with the Colts in 2020, a curious schedule to be sure. Nobody will be paying attention to the second of the two, as both teams will be out of it. At home, Indianapolis gets the nod. Loss

The Jaguars were mediocre at best in 2019 and their offseason has been even worse. They probably won’t be much worse on the field (that would be hard to do!), but they probably won’t be better either unless Minshew takes a big step forward. Don’t be surprised if another 5-11 or 6-10 type of year is in the cards.