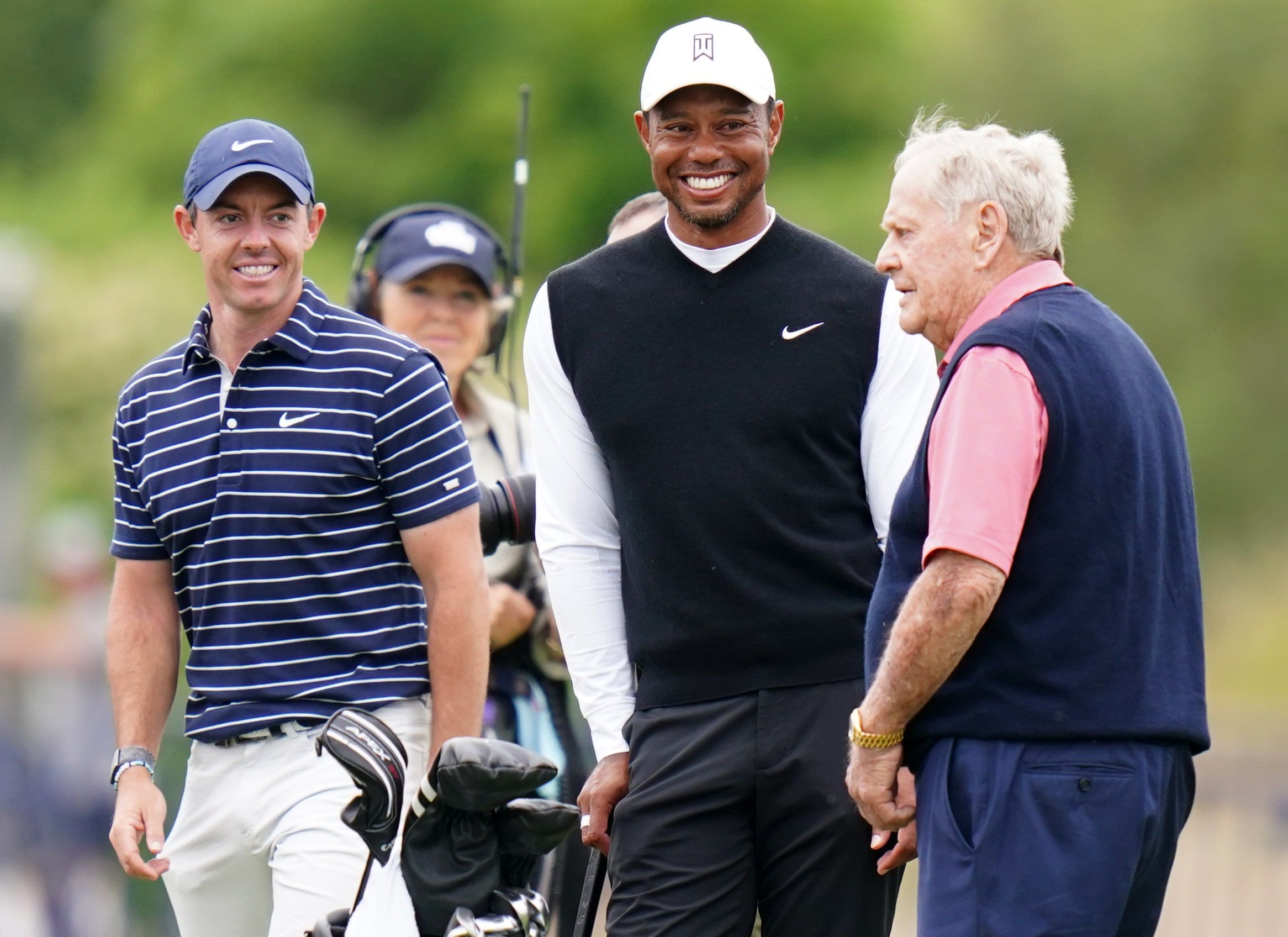 The Open Championship has returned to the birthplace of golf. The Old Course is playing host for a record 30th time, and the first time since 2015. A lot has changed in the world of golf since then, both on and off the course, but one thing has stayed the same — Tiger Woods casts a major shadow on the final major of the year.

The greatest golfer of our generation has only competed in 2 tournaments all season (both majors), but bettors are still backing the narrative, making Woods the biggest liability at most sportsbooks this week. Oddsmakers however remain steadfast, keeping the 15-time major champion well down on the odds board as the bets keep rolling in.

Personally, nothing would make me happier than seeing Tiger do well at a major, as he was one of the reasons I started watching and playing golf back in 1996 when I was 10 years old. But the reality is, Tiger’s win equity in this tournament is essentially nil, so anyone holding an outright ticket on him is doing it for nostalgic reasons only.

When it comes to betting on golfers that actually have a legitimate chance of winning, experts say to focus on the short game and overall experience.

“This week will probably be big on putting, so pick the guys that are good at that,” said WynnBET Trader Andy Morrissey. “Or the players that have done well at the course previously. But, you don’t really know until they start playing.”

Live betting is always a useful tool, especially in golf, so keep a keen eye on Twitter and “Let’s Bet It” for updates. Here are some other narratives to watch this week.

Read our full British Open player-by-player guide, with analysis of all 156 golfers!

Homa gets to fulfill a lifelong dream of playing in a major with his “hero” Tiger Woods after making a public request to play a practice round with Woods nine years ago. Now, almost a decade later, the two have been paired together for the first 36 holes in what could end up being Woods’ final Open Championship at St Andrews.

Max Homa tweeted this 9 years ago

I could see this scenario playing out both ways for Homa. He could feed off the electricity of being paired with Woods, which could elevate his game to a major championship level. He already enters in fantastic form, off a top 20 finish at the Scottish Open, fifth at The Memorial, and a win at the Wells Fargo back in early May.

On the other hand, the moment could prove to be too big of a distraction to overcome. Prior to this year’s PGA Championship, Homa has never finished better than 13th at any major, and has missed the cut 5 times in 10 tries.

In case you needed another reason to take him seriously this week, our golf expert Diane Knox Balas also included Homa in her outright portfolio.

Another golfer on Balas’ card this week is Rory McIlroy, who returns to the Old Course for the first time since 2010, when he finished tied for third following up a 63 in the first round with a volatile 80 in the second.

McIlroy was primed to win his first major at St Andrews in 2015 as the defending Open champion and world number one, but an ankle injury kept him out of the tournament, which was eventually won by Zach Johnson.

Statement from The Open (1/3): “We are naturally very disappointed that Rory will be unable to defend his title at St Andrews next week.

Flash forward to 2022 where Rory enters in fantastic form. He was a runaway winner at the RBC Canadian Open and has finished no worse than 8th in the three previous majors this season.

But the real narrative surrounding Rory this week is what’s taking place off the course, where the four-time major champion continues to be one of the PGA Tour’s staunchest defenders in their fight against the rogue LIV Tour.

Rory doubled down on those remarks this week saying “there’s no room in the golf world for the LIV Tour” while outwardly rooting against the current LIV players in the field saying it would be bad for the game if they won The Open.

In a long interview today, I asked Rory to clarify some of his LIV comments from earlier this week. Here’s what he said …

“There’s no room in the golf world for LIV Golf. I don’t agree with what LIV is doing. If LIV went away tomorrow I’d be super happy.”

Of all the narratives this week, Rory’s is the one that resonates with me the most. Not only is he in fantastic recent form, but this fight against the LIV has seemed to galvanize him, raising his game to a seemingly impossible next level.

If you only bet on one golfer this week, I would bet on Rory, who seems to have the karma and golf gods on his side.

Find out our British Open first round leader best bets

Will Zalatoris: Finally time for a breakthrough?

Always a bridesmaid, never a bride. Since the beginning of 2020, no golfer on tour has more strokes gained per round in the majors than Zalatoris, despite not winning one.

Most strokes gained total per round in the majors since beginning of 2020 (min. 12 rounds played):

Zalatoris was forced to withdraw from his only appearance at the Open Championship last year, so expect him to have a little extra chip on his shoulder this week. Willy Z also checks all of the boxes of our golf expert Diane Knox Balas, who included him in this week’s best prop bets.

The weather: Which way will the wind blow?

Perhaps the most unpredictable factor this week which will determine who wins will be the weather, more specifically the wind. St Andrews’ exposed layout along the Scottish coastline means it’s susceptible to volatile wind conditions, which is something golfers and bettors should be keeping a close eye on.

At the PGA Championship at Southern Hills, 8 of the 12 top finishers had early/late tee times, including 3 of the top 4, avoiding the worst of the conditions on Thursday afternoon and Friday morning.

For now, the wind looks to be pretty consistent throughout the first two days, hovering between 10-15 mph. Thursday afternoon seems to be the worst of the conditions, with the winds touching 20 mph. If the weekend forecast holds true, which is calling for calm winds and very little chance of rain, expect conditions to be primed for low scores.

Obviously, the weather forecast could change dramatically between now and Thursday, but for first round leader bets, I would only be targeting the morning groups. If you’re betting matchups, make sure to check starting times and try to pick ones that have tee times relatively close to one another.

Check the PGA Tour’s website for the full list of tee times, and trust your local meteorologists to get the forecast right.

Get our best exotic props for the British Open, including a play on Top Spaniard