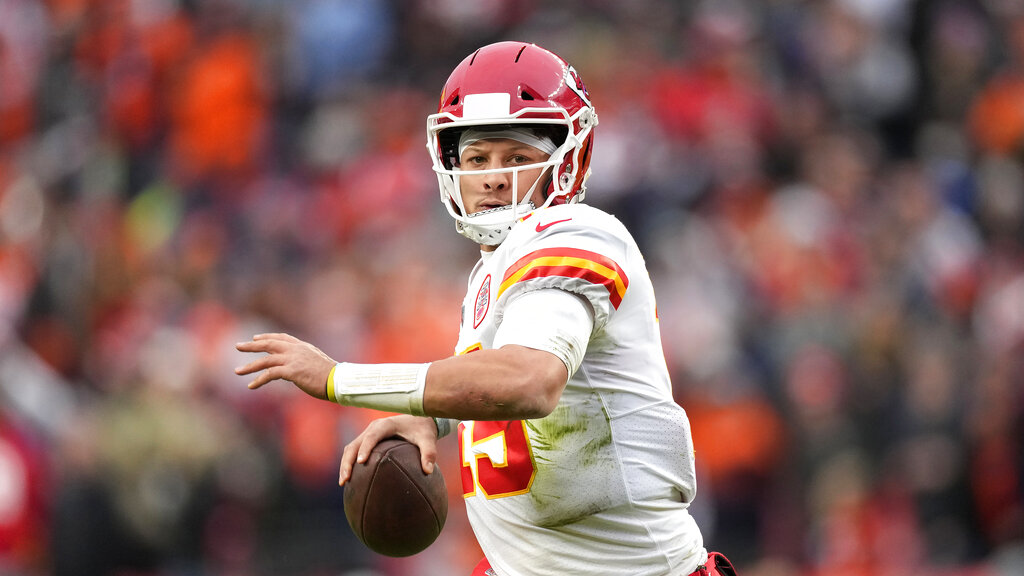 We’re on to Championship Sunday. It’s hard to imagine these two games topping what we saw last weekend, which was the smallest combined margin of victory (15 points) in the NFL divisional round since the merger.

“That was a weekend of NFL football like no other,” said Draftkings Head of Trading Johnny Avello. “The handle was bigger than any we’ve seen for the Divisional Round. Between the plots and endings, [last] weekend’s stories should be on the bestseller list.”

I will also try to live up to the hype of last week’s selections, which went 3-1 for a net gain of 2.05 units. Even better, it pushed the best bets column back to positive territory overall. During the playoffs, we are 8-3 for a gain of 5.50 units to give us a chance to finish in the black this season.

This line opened Chiefs -6.5 before quickly jumping to -7, and has been slowly trending towards -7.5 all week as respected money has backed the favorite. That means if you like the Bengals, I would wait until Sunday as you likely will get a better number.

A key factor to consider this week is the emergence of Jerick McKinnon, and return of Clyde Edwards-Helaire, neither of whom played in the Week 17 matchup.

Travis Kelce was also in his first game back from COVID in that game and was held to just 5 catches on 25 yards. All three should have an impact in the passing game this week considering the Bengals allow the 4th-most receptions to tight ends (96) and 5th most to running backs (108) this season.

The one injury to keep an eye on is Chiefs safety Tyrann Mathieu, who returned to practice Thursday as he works his way back from a concussion. That’s a good sign, but if the Honey Badger can’t go, it means Daniel Sorensen gets elevated to a starting role, which is a major downgrade for KC in the secondary.

Despite a high total, this game sets up nicely as a 6-point teaser leg. I get to move the Chiefs through both key numbers of 7 and 3, and eliminate the risk of a backdoor cover from Joe Burrow. The more I dig into the matchups, especially the Chiefs offense against the Bengals defense, it’s hard to find a path to victory for Cincinnati.

I also don’t see the Bengals having the same fortunate whistle this time around, as they had four drives extended due to penalties during that Week 17 comeback. Bill Vinovich is the official for this game, and his crew has called just 12 defensive pass interference penalties all season, the fewest in the league.

Finally, Kansas City has the great equalizer. Patrick Mahomes has elevated his play in the postseason, and looks to be in peak form.  When the game is on the line, I expect Mahomes to make the necessary plays for the Chiefs to advance.

Earlier this week in my opening lines column I recommended a 1-unit play on the over at 53.5, with the expectation that the total would move higher. The market has agreed with me, and now I’m seeing 54.5 as the consensus total at the time of publication. However, while I do think both teams will move the ball effectively, I can also see both relying on their run game to control tempo, especially Cincinnati.

“If the Bengals want to have any chance in this one they need to control time of possession,” said TwinSpires Trading Analyst Zachary Lucas.

For that reason, I will be coming back on the under at 55 or higher and try to thread the needle on a slim 2-point middle. Neither rises to the level of a “best bet”, so the total is not a play I’m targeting in this week’s column.

The 49ers opened as a 4-point underdog despite winning six straight against the Rams. There was early action on the underdog, and the market has settled at 3.5, which was also the closing line the last time these teams played in Week 18. After opening at 47, there has been steady buying on the under, which has caused the total to trend down this week.

Kyle Shanahan is 7-3 against the spread all-time against Sean McVay and 6-2 against the number as an underdog. That looks great on paper, but why do the Niners have so much success against the Rams? From what I gather, this is just a bad matchup for the LA defense, which is engineered to shut down the prolific passing offenses in the modern NFL.

The Rams have an elite pass rush on the edge, and tremendous talent at cornerback, but relatively speaking, they are weak up the middle at linebacker and safety, which is a key deficiency when attempting to slow down a zone rushing scheme. The Rams also utilize the most pre-snap motion of any defense in the NFL this season, but that is negated by the 49ers, who run the most pre-snap motion of any offense in the league, forcing the Rams to tip their hand in coverage.

That is also a big reason why Jimmy Garoppolo has also shined, with a 75% completion percentage and 9.8 yards per attempt against the Rams this season. It will help to have star left tackle Trent Williams back protecting his blindside. Williams was limping around with an ankle injury against the Packers, but he finished the game and is trending in the right direction for this Sunday. It’s worth noting that Williams did not play in the Week 18 matchup.

As for the Rams’ offense, this game falls onto the shoulders of Matthew Stafford, which is exactly why they traded for him. Stafford was flawless against the relentless Bucs blitz on Sunday, but the Niners have one of the lowest blitz rates in the league this season, and DC Demeco Ryans has been doing a much better job in the postseason at generating pressure with the front four.

I expect Stafford to see a lot of zone coverage this Sunday, which makes the underneath pass catchers more valuable in the props market. CB Ambry Thomas is trending towards returning from a knee injury that sidelined him in Saturday’s win over the Packers. Thomas was a limited participant in practice this week and his status will be something to keep an eye on this weekend.

The Niners to me are starting to feel like a team of destiny, and I’m quite comfortable with moving this relatively low total game through the key number of 7 for the second leg of my Championship Sunday teaser.