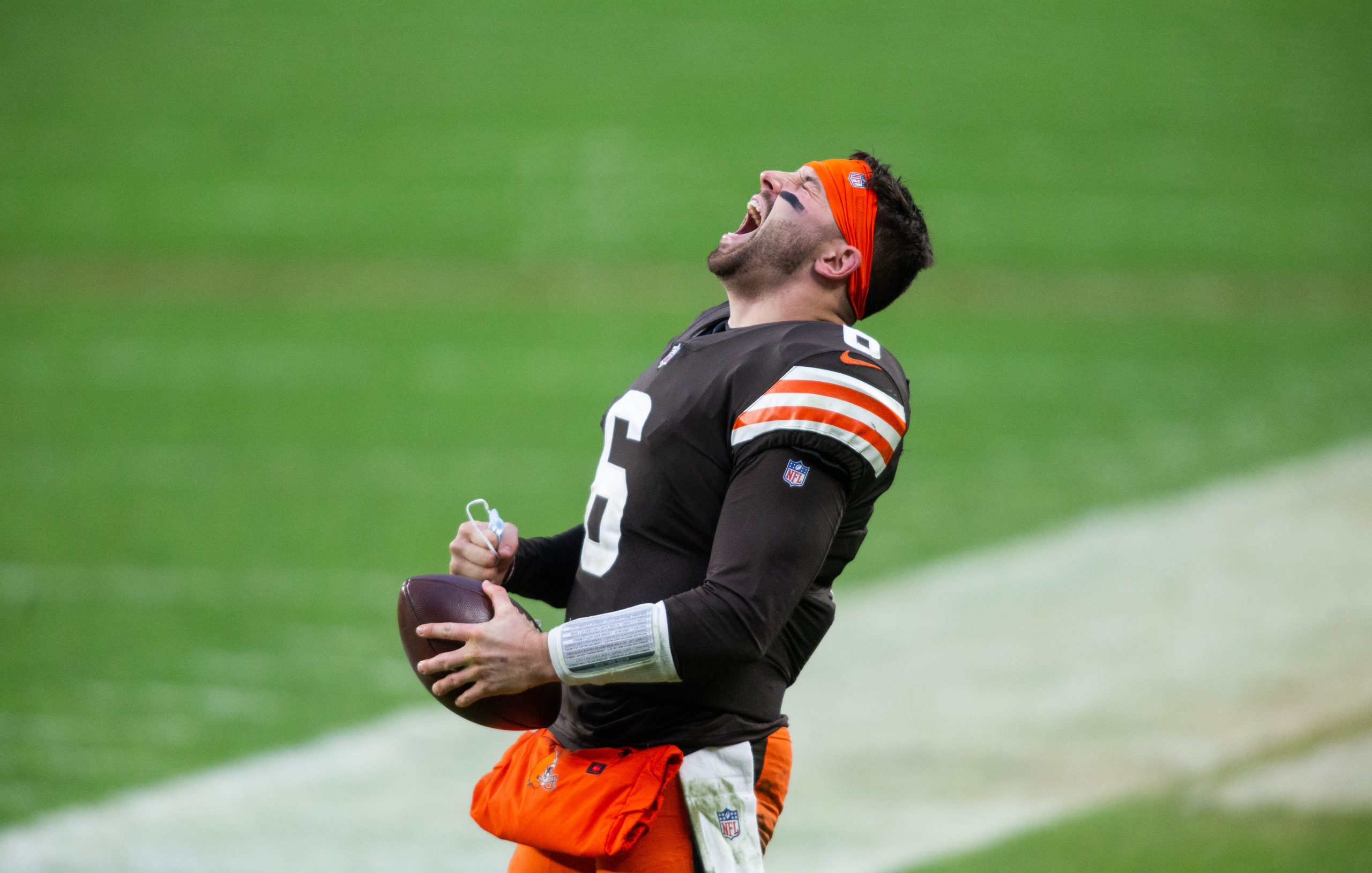 Just like the fall weather, Week 6 in the NFL is bringing change. For the first time all season, the Bills have supplanted the Chiefs at the top of the AFC odds board. Buffalo has also been installed as the Super Bowl favorite at most sportsbooks after their dominating performance last Sunday night at Arrowhead. A bit further down the board, preseason longshots such as the Cardinals, Chargers and Cowboys are now being considered serious contenders.

Onto the selections, which were relatively unlucky last week despite a flat 3-3-1 record. I feel we deserved a better result on Bengals +3 and the Vikings -2.5 teaser leg, which was lost by the hook. But that’s gambling and onward we push.

Bet Sunday night at DraftKings, would play up to -3

This game was part of our Early Birds column on Monday as I thought it was telling that the sportsbooks were giving almost a field goal to the last remaining unbeaten club in the NFL against a team that was gashed for 47 points last week. The lookahead line for this game was Browns -3, and the Cardinals are significantly more banged-up than they were last week. Center Rodney Hudson (ribs), Maxx Williams (knee), and DE Chandler Jones (COVID) are all likely out, and Williams’ injury is season-ending, which is a shame considering he was off to a great start.

There are also analytical cases to be made for Cleveland, who are 2nd in Net Yards Per Play and 5th in DVOA against the run, which will prove handy against Kyler Murray and this powerful Cardinals rushing attack. Make no mistake about my feelings on Arizona and Murray, who is a legit candidate for MVP, but they aren’t going 17-0 this season, and I believe the sportsbooks are giving us a clear sell indicator with this line.

“When you think about an undefeated team, you think of a very dominant team. But their wins against the Vikings, Jaguars and 49ers weren’t impressive at all,” said WynnBET trader Sawyer Johnson. “They deserve to be an underdog on the road against one of the most complete teams in the NFL.”

Bet Monday at DraftKings, would not play shorter than +4

For the first time in franchise history the Cowboys are 5-0 ATS, the lone unbeaten team remaining against the number, but I think the market has finally caught up with them. The lookahead line in this game was Cowboys -1, and I don’t think Sunday’s results changed my opinions on either team drastically enough to have it move 3.5 points and through two key numbers. The Cowboys did what was expected of them against the battered and bruised Giants, who lost Daniel Jones and Saquon Barkley in the first half, while the Patriots started slowly in Houston against a feisty Texans squad, but finished fast as Mac Jones engineered the first fourth-quarter comeback of his young career.

New England will be getting back the entire left side of their starting offensive line this week with LT Isaiah Wynn and LG Mike Onwenu returning from the COVID list. Meanwhile, Dallas is banged-up in the secondary with Trevon Diggs (ankle) and Damontae Kazee (hip) missing practice on Wednesday. This game will likely be the biggest result of the weekend for the sportsbooks, and it’s setting up as a textbook “fade the public” opportunity. “It’s all Cowboys money right now,” said BetMGM Sports Trader Darren Darby.

Bet Monday at FanDuel, would not play longer than -3

Before I start this handicap, let me reiterate that there are no moral victories in the NFL, especially with gambling. I think Dan Campbell is great for the league and I’m sure he is beloved in the locker room, but the numbers are what they are, and all of the numbers I look at every week tell me the Lions are not only winless, but one of the worst teams in the NFL statistically. Detroit is 29th in DVOA and 31st in Net Yards Per Play, meanwhile the Bengals are 7th in both categories, and if it wasn’t for two botched field goals against the Packers, they would be entering this game 4-1 and tied for 1st place in the AFC North.

I expect Joe Burrow and his full complement of receiving weapons to dominate this Detroit secondary on a fast track at Ford Field. Sure, it’s a tad unsettling to lay points on the road with a relatively unproven Bengals team, but it’s more unsettling to back a team because of good karma and the popularity of the head coach. Until the numbers tell me something different, I’m treating Detroit like a bottom-feeder that is at least 3 points worse than most NFL teams, especially ones with talent like Cincinnati has.

If you believe in lookahead line value, this might be the game of the year. Last week the books were hanging Seahawks -2.5, of course that was before the Steelers beat the Broncos and Seattle lost Russell Wilson to a broken finger. Flash forward to the present and the line has moved a full 7.5 points towards Pittsburgh. Before you can even begin to make a pick on this game you have to ask yourself if Wilson is worth over a full touchdown on the spread over Geno Smith? This might surprise you, but I think the answer to that is a resounding no. Maybe 3 or 4 points, but 7 is too many for one player, even if it is a player as prodigiously talented as Wilson compared to one with a troubled history like Smith.

The case to be made for Geno is that he’s grown up a bit since his last start, which was all the way back in 2017 with the Giants, when he broke Eli Manning’s consecutive games streak. Smith is an 8-year veteran with 2 seasons as the understudy in Seattle. However, some of that progress might have been muted this offseason when the Seahawks brought in Shane Waldron as offensive coordinator, replacing Brian Schottenheimer. “Geno Smith looked competent against the Rams and bettors have soured on Ben Roethlisberger,” said Darby.

Pittsburgh is still negative in Net Yards Per Play and are grading out surprisingly badly in DVOA (19th overall, 24th against the pass), which is good news for DK Metcalf and Tyler Lockett.

This game might be a war of attrition as both teams are pretty banged-up, however the Colts injury woes are much worse. Indy was without 6 starters at Wednesday’s practice including both starting corners after a grueling Monday night loss to the Ravens. The Texans will be be missing starting LT Laremy Tunsil, who had thumb surgery this week and could be out a month. Also, C Justin Britt (knee) missed practice on Wednesday and questionable for Sunday. On the bright side for Houston, Davis Mills looked fantastic last week. His 300-yard, 3-touchdown performance against a good Patriots defense was a pleasant surprise and gives me hope for more improvement.

Even before this week’s injury concerns, the Colts defense was already having a rough season analytically, ranking 23rd overall in DVOA and 30th against the pass. Houston’s defense has been decent overall (15th) but poor against the run (30th) so I would expect to see a lot of stacked boxes trying to stop Jonathan Taylor and a Colts rushing attack averaging 114.2 yards per game. I don’t love that the Texans are starting to look like a public dog this week, but I think 10 points is too many to lay in a divisional game and I would be surprised if Carson Wentz played exceptionally well for a second consecutive week.

If the Chiefs lose to Washington this week then it’s time we start raising some major red flags about whether or not Kansas City is even playoff-worthy this season. Kansas City’s defense is still grading out as the worst unit in the NFL according to DVOA, but lucky for them their opponent isn’t much better. Washington ranks 28th overall and 29th against the pass, which means I feel good about Patrick Mahomes and company scoring plenty of points, even without Clyde Edwards-Helaire. Keep an eye on Tyreek Hill’s status this week as the speedster missed practice on Wednesday with a quad injury. I don’t see the Chiefs losing this game, but the line movement off the key number of 7 and KC’s brutally bad defense makes it impossible to lay a full touchdown.

I’ve seen this Vikings/Panthers line hop over the threshold of zero multiple times already this week, which means there is split action on both sides. I like that Carolina is getting healthier up front, with starting left tackle Cameron Erving returning from a neck injury and left guard Pat Elflein getting activated from IR. Christian McCaffrey was also limited in practice on Wednesday and might return from a hamstring injury. Minnesota might have some concern brewing on offense, with Adam Thielen, Justin Jefferson and Alexander Mattison all missing practice Wednesday with various ailments while Dalvin Cook got in a limited session. This seems like a toss-up game, so getting over a touchdown on either side is an appealing teaser leg, especially for the home team.