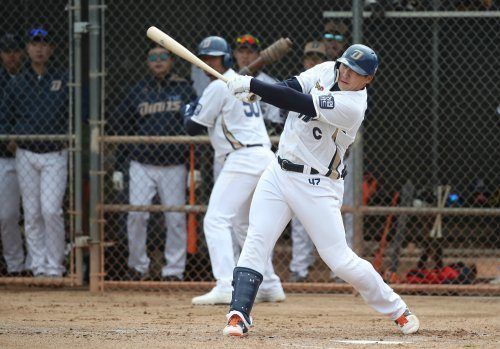 Since graduating from Davidson (The College That Stephen Curry Built), I have been writing about sports--just about any and all you can think of!--and coaching tennis in Atlanta, Ga. Beyond the four major sports, I am an avid tennis fan and cover the ATP Tour on a daily basis. If I'm not busy writing, you can generally find me on a tennis court or traveling the world wherever a sporting event takes me.
@Dimonator133
Published: 18:12 PM ET June 27, 2020

This weekend’s KBO series will wrap up on Sunday as week seven of the regular season comes to an end. Interestingly, four of the five series have been split through two games and will therefore feature proverbial rubber matches. That includes showdowns between the KIA Tigers and Kiwoom Heroes, the KT Wiz and Hanwah Eagles, and the NC Dinos and Doosan Bears. Along with this three-team parlay for June 28 (which pays +545), be sure to check out our free KBO picks for Sunday.

The Tigers have done well to take one of two games against the second-place Heroes, and that puts the fifth-place squad in position to take the series. KIA has to feel good about its chances because it is sending Aaron Brooks to the mound on Sunday. Brooks ranks fourth in the KBO with a 2.62 ERA. In two of his last three starts he has not given up a single run (5.0 innings against the KT Wiz on June 10 and 7.0 innings against the Lotte Giants on Tuesday). Brooks is opposing Won-Tei Choi, who has surrendered 11 earned runs in 17.2 innings over his three most recent outings.

Watch out for the Wiz offense, which has been positively on fire this week. They crossed the plate 19 times at the expense of the Dinos on Thursday before tacking on 11 more runs through the first two contests of this three-game set. That is bad news for Hanwah and starting pitcher Chadwick Bell, who is saddled with a 7.67 ERA in six appearances this season. Bell has surrendered 26 runs (23 earned) over his past five outings. The good news for the Eagles is that they have scored 18 runs in their past three games. They are facing KT’s Odrisamer Despaigne, who has given up 24 earned runs in his last five starts.

Doosan was part of our victorious parlay on Saturday, giving it a split of the first two contests after the Dinos took the opener 9-3. We have to go in the other direction for the rubber match for a couple of reasons. NC’s overall body of work, of course, cannot be overlooked. It leads the KBO standings by three games with a 31-14 record. Moreover, the Dinos are handing the ball to Drew Rucinski on Sunday. Rucinski is 5-1 with a 2.67 ERA for his 2020 campaign, ranking him fifth in the latter category. He has yielded a mere 10 earned runs across his past five appearances. The Bears are countering with Christopher Flexen, who has not been flexing his muscles of late. He has surrendered eight earned runs in his last three starts (16.0 innings).