Our experts at Pickswise select their best Korean Baseball picks for Tuesday to help you find the best value. Whether you’re looking for a single money line pick or a KBO parlay, we have you covered. Note that all of these games start at 5:30 am ET on Tuesday morning.

Here are the KBO betting odds for Tuesday, September 14 courtesy of DraftKings sportsbook.

The total looks like it might be the better play, even though Im Chan-Kyu has been inconsistent. The good news for him is that he has been more than good enough against the Lions to be able to shut them down. He may not have recorded a decision against Samsung, but he has an ERA of 2.08 against them. This is over the span of just 1 start, sure, but he allowed just 1 run in 4.1 innings.

Won Tae-In has just been good all season and that has translated to when he has faced the Twins. He is 1-1 against LG, but has an ERA of 1.98. This is over the span of 2 starts, during which he has allowed 3 runs in 13.2 innings.

With both pitchers having pitched well against each other, the under looks to be the best option here.

The total has to be the better look here because of how each starting pitcher has fared against each other. Kim Dong-Hyeok may have a decent ERA overall, but it is a much different story. Against the Dinos, Dong-Hyeok has not recorded a decision, but has an ERA of 21.60. It is worth pointing out that he has very little experience pitching against the Dinos this season. Dong-Hyeok only has 1.2 innings of work against the Dinos but has still allowed 4 runs over that span.

Wes Parsons has also been decent this season, but again, it is a different story against the Heroes. He is 0-3 against Kiwoom and has an ERA of 7.71. This is over the span of 3 starts, during which he has allowed 12 runs over 14.0 innings.

With both pitchers showing struggles this season, it is reasonable to believe there will be runs scored. For that reason, backing the over will be the play.

The total is set low here and rightly so given who will be taking the mound. Odrisamer Despaigne has been solid all season and has also been just as good against the Bears. He is 1-0 against them and has not allowed a run. His lone start against them resulted in a shutout over 6.0 innings.

Ariel Miranda has not been quite as good against the KT Wiz, posting a record of 1-1 with an ERA of 4.73. This is over 3 starts where he has allowed 7 runs over 13.1 innings. While this is not great, his most recent start saw him allow 2 runs over 7.0 innings. He has allowed just 1 run over his last 29.2 innings overall, so recently he has been pitching at an elite level.

Because of the recent dominance from Miranda and the track record for Despaigne against the Bears, the under looks to be the best play.

For those of you looking for bigger payouts, play the best bets as a 3-team parlay–which pays out at +627. 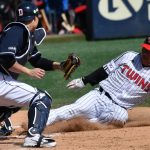 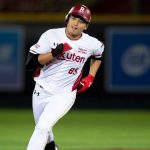