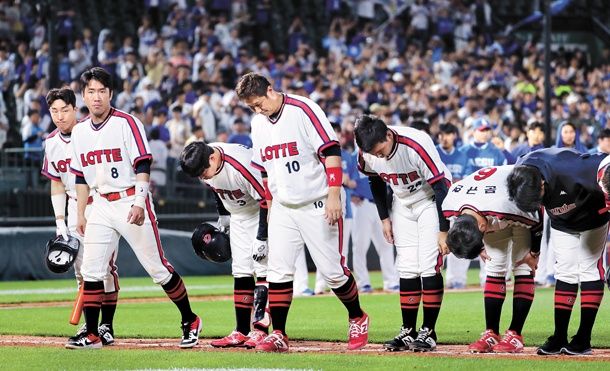 Our experts at Pickswise select their best Korean Baseball picks for August 16th to help you find the best value. Whether you’re looking for a single Moneyline pick or a KBO parlay for Sunday’s action, we’ve got you covered. Please gamble responsibly when following our Korean Baseball predictions and picks.

Starting for the Dinos is expected to be Sung-young Choi. He is 2-1 on the season with an ERA of 4.84. Choi was better in his last start, allowing one run in 5.0 innings. Though he always seems to get knocked for at least two runs, which is dangerous with this Twins offense.

The LG Twins will elect to start Min-ho Lee. He is 3-2 on the year, with an impressive 2.47 ERA. Lee had his worst start last time out an even then, he allowed just four runs over 6.0 innings, so it is not like he was getting completely shelled.

The Twins have now won four games in a row and with the better pitcher on the mound, I think they complete the sweep of the Dinos and win this game.

The Lions squeaked out a win on Saturday and they look to be a good bet on Sunday as well. Mainly because given the starting pitching, I think they are undervalued. Starting for this Samsung team will be Tae-in Won. He is 6-3 this season with a 3.82 ERA. He certainly has not had the cleanest of runs recently, but you still have to remember who he is going up against. Hanwha is easily the worst team in the KBO and it not even close. The Eagles will be expected to start Warwick Saupold. He is 5-9 with a 5.12 ERA. Over his last seven starts, he has allowed between 3-6 runs every single game, with it being 4+ most of the time.

There is just no way I think Samsung should be a short favorite, so I will take them here to win.

I like this over play based on what we will be getting on the mound. Ricardo Pinto is set to go for the Wyverns and Hyun-jong Yang for the Tigers. Starting with Pinto, he has really struggled this season, going 4-8 on the season so far with a 5.66 ERA. He has especially been bad as of late, allowing 26 runs over his last 23.1 innings (seven starts). That translates to an ERA of 10.03 during that stretch.

The over has cashed easily in the first two games of this series and with the lack of quality on the mound, I will gladly back another over to be in the works.

For those of you looking for bigger payouts, play the best bets as a three-team parlay, which pays +572.