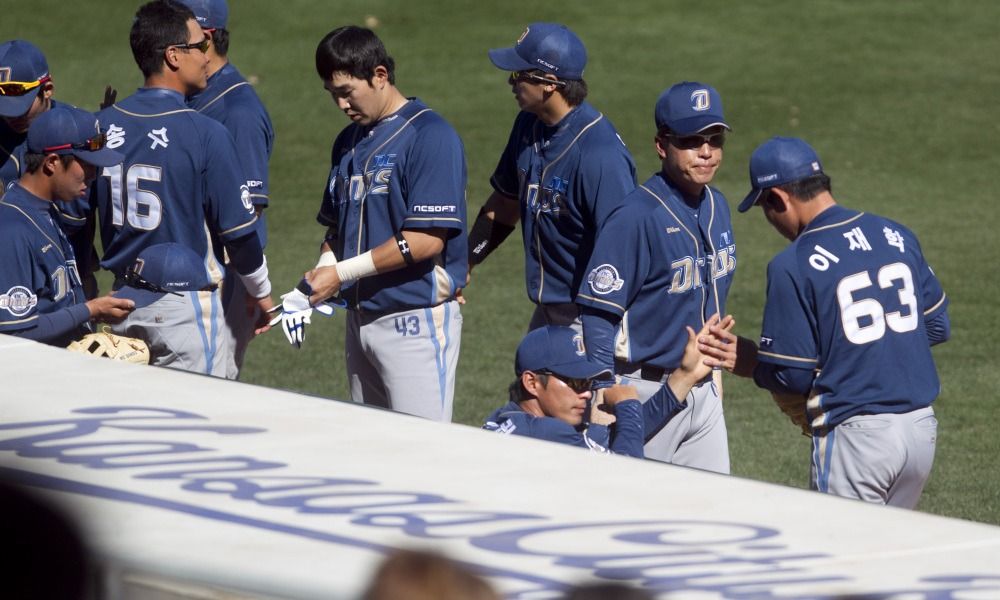 Matthew has been with Pickswise for a while now, covering a wide variety of sports. His main passions are college football and UFC, and those are the sports he has covered the most. Matthew uses a variety of methods to handicap games, including stats, trends, injuries, and situational factors. His goal is to consistently give out winners and will put in the research to try and achieve this.
@Sixfigurematt
Published: 14:12 PM ET October 26, 2020

Our experts at Pickswise select their best Korean Baseball picks for October 27th to help you find the best value. Whether you’re looking for a single Moneyline pick or a KBO parlay for Tuesday’s action, we’ve got you covered. Please gamble responsibly when following our Korean Baseball predictions and picks.

We will be looking to back two pitchers who are faring well as of late. The Lions will start Chae-heung Choi, who is 10-6 on the season with an ERA of 3.63. His last five starts have seen him go 3-0 with an ERA of 1.91. He has allowed seven runs over his last 33.0 innings of work.

The Dinos will counter with Young-gyu Kim, who is 2-1 on the year with an ERA of 4.85. In his last five starts, he has an ERA of 2.03 and has allowed six runs over his last 26.2 innings. Because of the recent success they are having, I will take the under.

Starting this game for the Wyverns will be Ricardo Pinto. He is 6-15 this season with an ERA of 6.45. His last five starts have resulted in him allowing 20 runs over 27.1 innings, proving he still struggles consistently. Pinto has four starts against the Giants this season. He has allowed 17 runs over 20.2 innings against them. His ERA versus the Giants is 7.40.

The Giants will counter with Kyung-eun Noh, who really has not been much better. Noh is 5-10 on the year and has an ERA of 5.14. His last five starts has seen him allow 19 runs over 27.1 innings, so basically in par with his mound opponent. Noh has two starts against the Wyverns, has an ERA of 15.19 and has allowed 13 runs over 5.2 innings. The over is 4-1 in the Wyverns last five games and both sides are allowing at least 6.0 runs over their last five games.

Looking to fade two below average pitchers, we will be looking for a ton of runs to be scored. The KT Wiz will start Odrisamer Despaigne, who is 15-8 with an ERA of 4.19. Over his last five starts, he has allowed 18 runs over 28.2 innings, which gives him an ERA of 5.65 during this stretch.

Hyun-shik Jang will start for the Kia Tigers and is 4-4 with an ERA of 10.47. He has only started two games this entire season, and has allowed 10 runs over 4.0 innings as a starter. Against the KT Wiz, he has 3.2 innings of work, allowing four runs.

For those of you looking for bigger payouts, play the best bets as a three-team parlay, which pays +546.