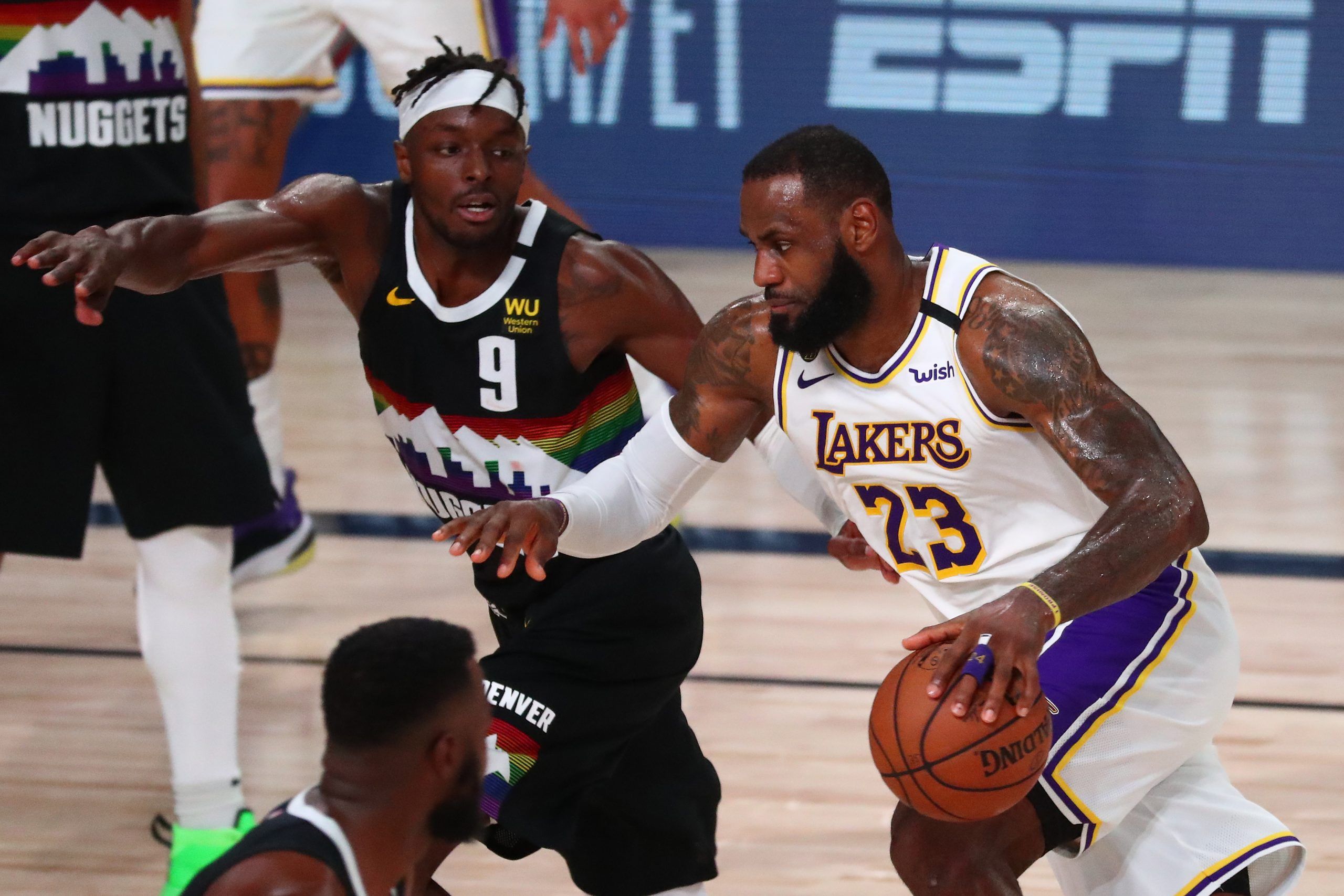 Since graduating from Davidson (The College That Stephen Curry Built), I have been writing about sports--just about any and all you can think of!--and coaching tennis in Atlanta, Ga. Beyond the four major sports, I am an avid tennis fan and cover the ATP Tour on a daily basis. If I'm not busy writing, you can generally find me on a tennis court or traveling the world wherever a sporting event takes me.
@Dimonator133
Updated: 17:03 PM ET October 13, 2020

The 2019-20 NBA season has finally come and gone. It was the most tumultuous one in league history—one that for various reasons looked like it would not reach a conclusion. There was a four-month stoppage due to the coronavirus pandemic, a complete relocation to Orlando, Fla., and a protest against social injustice that resulted in a second but much more brief work stoppage.

In the end, commissioner Adam Silver, the players, and everyone else in the NBA got the job done. The 2019-20 campaign finished with a full playoff slate, a best-of-seven finals, and a champion. That champion was the Los Angeles Lakers, who triumphed over the Miami Heat by winning Game 6 of the NBA Finals on Sunday night.

Although next season obviously isn’t beginning in late October like on a normal basketball calendar, we might as well go ahead to take a look at what we might see in 2020-21 (actually, it could be just the 2021 season depending on when it ends up starting). Here are some of the early odds that are worth noting.

To the surprise of no one, LeBron James and company are favored to win it all again next year. Anthony Davis is certainly going to be back, and what more do you need than LeBron and A.D.? Answer: an assortment of serviceable cast members such as Kenatavious Caldwell-Pope, Kyle Kuzman, Rajon Rondo, Danny Green, and Alex Caruso.

It is quite clear that head coach Frank Vogel knows how to get the best out of this team (especially on the defensive end) and general manager Rob Pelinka knows how to put the necessary parts around L.A.’s two superstars. Whether or not +350 odds represent enticing value is up for debate, but it’s obvious that the Lakers deserve to be favorites.

The Bucks didn’t end up emerging from the Eastern Conference, but it is hard not to favor a team that mostly dominated the conference during the regular season. Milwaukee compiled the best record in basketball at 56-17, finishing 2.5 games ahead of Toronto in the East—and it could have been more if head coach Mike Budenholzer’s squad had not lost interest down the stretch.

Giannis Antetokounmpo earned NBA MVP honors for a second straight season and there is no reason why he can’t win a third in 2021. His supporting cast is not the best, but it may not have to get much better in order to win the East. Also, the Bucks were hurt by the bubble because they otherwise would have had home-court advantage throughout the playoffs. One can only hope that next year’s postseason will be played in home venues, and that would benefit the Bucks if they once again own the regular season.

Even without Kawhi Leonard, the Raptors went 53-19 in the regular season for the East’s No. 2 seed. They eventually lost to a talented Boston team in the conference semifinals, but the series required a full seven games. It is quite clear that Masai Ujiri is one of the best front-office guys in the business and Nick Nurse is one of the best head coaches. Yes, the Eastern Conference is going to be tough with the Bucks, the Celtics, the Heat, and the Brooklyn Nets getting back Kevin Durant and Kyrie Irving. Nonetheless, +650 odds on a franchise that is a proven winner are intriguing.

Although +900 odds on Denver to win the West should be looked at, when you can more than double this with an overall title play you probably have to do it. Head coach Michael Malone has two stars on his hands in Jamal Murray and Nikola Jokic, who will only get better next season after taking incredible confidence away from their awesome performances in the bubble. Michael Porter Jr. now has a year under his belt and could emerge as a third star in the Mile High City if he can stay healthy. There will be some free-agent question marks in the form of Paul Millsap and Jerami Grant, but just about every team is going to be dealing with some sort of salary-cap issues. The Western Conference finalists will be able to reload and make another run at it. At +2000, it’s worth dabbling into a longshot play.

Pickswise is the home of free NBA picks and predictions. We will be covering all of the offseason news before returning with daily coverage throughout the 2020-21 campaign.