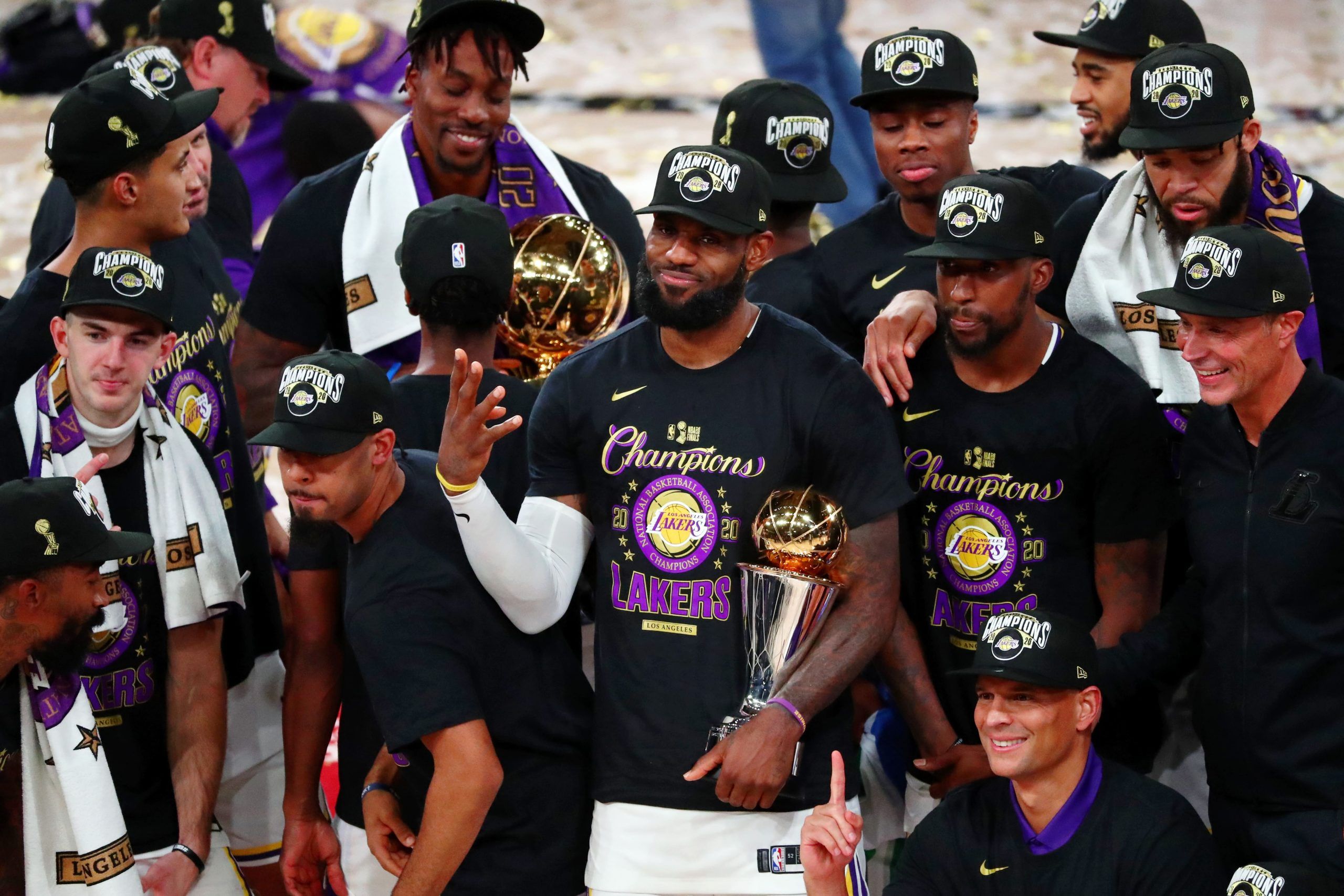 Since graduating from Davidson (The College That Stephen Curry Built), I have been writing about sports--just about any and all you can think of!--and coaching tennis in Atlanta, Ga. Beyond the four major sports, I am an avid tennis fan and cover the ATP Tour on a daily basis. If I'm not busy writing, you can generally find me on a tennis court or traveling the world wherever a sporting event takes me.
@Dimonator133
Updated: 2:22 AM ET October 12, 2020

The Los Angeles Lakers took a circuitous route to what was seemingly an inevitable destination dating back to Game 1 of the NBA Finals. Having clobbered the Miami Heat to tip off the best-of-seven set while also watching the underdogs lose both Bam Adebayo and Goran Dragic to injury, the Lakers seemed to be on course for a sweep. That did not happen, as some of their own struggles combined with Jimmy Butler heroics for Miami result in Game 3 and Game 5 surprises.

There would not be another stunner in Game 6 on Sunday night.

The Lakers rebounded from their Friday loss, just as they did from Game 3 to Game 4. And this time they did so in especially emphatic fashion. This esteemed franchise clinched its 17th NBA championship with a 106-93 victory over the Heat that was nowhere near as close as the score suggests.

The Lakers get ready for title No. 17 👏 pic.twitter.com/2moi0vEAhv

Putting the clamps down

The Lakers boasted the No. 1 scoring defense in the Western Conference during the regular season. They waffled a bit at the hands of Jamal Murray and the Denver Nuggets in the West finals and Butler was incredible at times in this series, but the winning formula returned in the Game 6 clincher on Sunday.

Head coach Frank Vogel went with a smaller lineup for this one, starting Alex Caruso instead of Dwight Howard. No, folks, Caruso did not directly replace Howard at the 5. Anthony Davis moved from the 4 to the 5 and everyone else fell in line accordingly. The result was faster, more versatile play on both ends of the floor. As for Howard’s absence down low (he logged a grand total of one minute), Davis masked it by continuing to be the best defensive player on either team. Miami had no answer for him in the post, putting the pressure on Butler’s mid-range game along with the outside shooting of Tyler Herro and Duncan Robinson. With Caruso, Rajon Rondo, and Danny Green being able to lock down less athletic Heat players on the perimeter, head coach Erik Spoelstra’s squad struggled to get open looks the entire night.

Well, the Heat finally started scoring in garbage time. Don’t be fooled by their 93 points, which is a woeful number even at first glance. On a second look it was even worse. Through three quarters, Miami had a mere 58 points to its credit. The game was figuratively if not literally over by the time the fourth quarter started.

And now the season is over, too.

It was a most unusual one, for obvious reasons. The next one won’t be normal, either. After all, under standard circumstances an NBA season would begin in late October. Breaking news: no, the 2020-21 NBA season is not beginning later this month. It probably won’t even begin later this year. But when it does begin, you can be sure the Lakers will be title favorites.

Who knows what every team will look like, but the Lakers will still have Davis and LeBron James (there is no doubt Davis will re-sign). At 35 years old, LeBron is showing no signs of slowing down. Heck, he just punctuated this season with another triple-double and deservedly earned NBA Finals MVP honors. As for Davis, he will probably do nothing but get better and better with his first championship finally under his belt.

For now, though, the Lakers can just enjoy it. And fans can enjoy the fact that we somehow–perhaps improbably–got through an NBA season in the middle of a social-justice movement and a global pandemic.