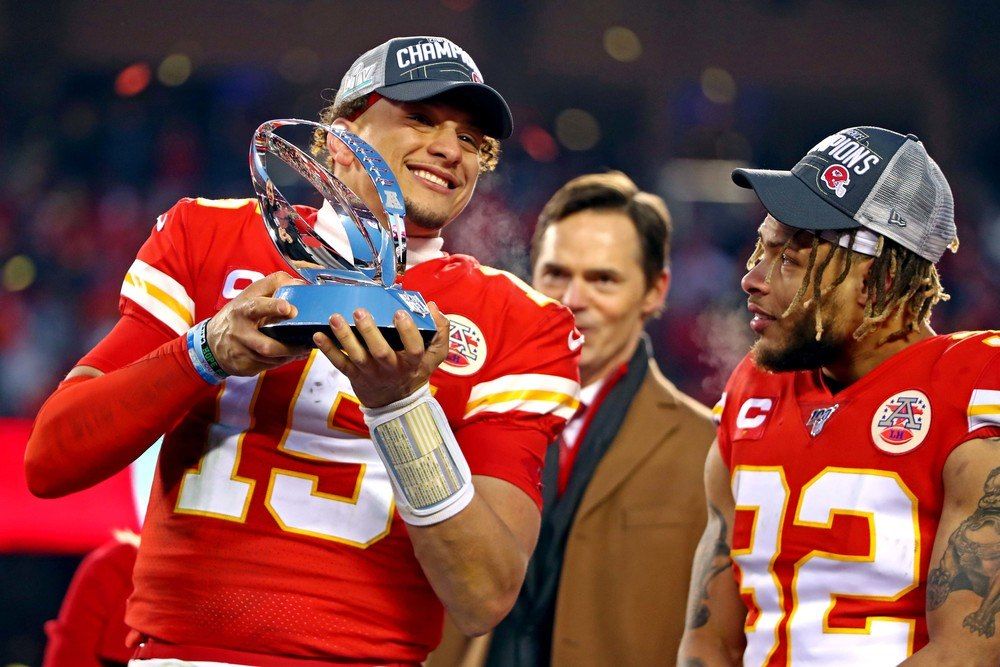 Since graduating from Davidson (The College That Stephen Curry Built), I have been writing about sports--just about any and all you can think of!--and coaching tennis in Atlanta, Ga. Beyond the four major sports, I am an avid tennis fan and cover the ATP Tour on a daily basis. If I'm not busy writing, you can generally find me on a tennis court or traveling the world wherever a sporting event takes me.
@Dimonator133
Updated: 7:25 AM ET January 24, 2020

We know either the Kansas City Chiefs or the San Francisco 49ers are going to lift the Lombardi Trophy next Sunday. But we have no idea who will earn MVP honors.

Okay, that’s not entirely true. We have a pretty good idea that either Patrick Mahomes or Jimmy Garoppolo—and maybe both—will be in the mix. Pretty much all other skill-position starters also have a chance to shine. Since the 2004 season (Super Bowl XXVIII), 10 of the last 16 Super Bowl MVPs have been quarterbacks. Of the six outliers, four are wide receivers. The two aberrations to the apparent rule are linebackers (Malcolm Smith of the Seahawks and Von Miller of the Broncos).

So, is a surprise possible? Yes. But in all likelihood, as the following odds suggest you can probably find the Super Bowl LIV from among the top four or so favorites.

The 2018 NFL MVP was nowhere near the previous season’s pace, but he still threw for 4,031 yards with 26 touchdowns and only five interceptions. Through two playoff games, Mahomes has completed 46 of 70 attempts for 615 yards with eight scores and zero picks. He has also rushed for 106 yards and a TD.

Whatever happens, you can be sure Garoppolo will do more than what was asked of him in San Francisco’s 37-20 win over Green Bay in the NFC Championship. The 49ers jumped out to a 27-0 lead in the second quarter, so they had to do little more than hand the ball off to running back Raheem Motsert the rest of the way. It’s hard to see the same kind of game developing in Super Bowl LIV.

Mostert went absolutely wild in San Francisco’s blowout of the Packers. He toted the rock 29 times for the reasons mentioned above and parlayed those chances into 220 yards and four touchdowns. The 49ers are going to pass it more than eight stinking times in the Super Bowl, but Mostert will still be a factor and his confidence has to be at an all-time high.

The Super Bowl (check out our free expert predictions) and Kittle may have been made for each other. He is basically a new Rob Gronkowski now that Gronk has retired. Kittle is going to soak up this experience and he will likely thrive in it, too. Kittle caught 85 balls for 1,053 yards and five TDs in 14 games during the regular season.

The running back position is not exactly the focal point of the Chiefs’ offense, but Williams has made the most of his opportunities during these playoffs. He has found the endzone four times through two outings.

Kansas City also has two other players tied for the fifth-best odds: tight end Travis Kelce and receiver Tyreek Hill. San Francisco defensive end Nick Bosa comes in at +1800 before a massive gap ensures (Deebo Samule and Richard Sherman of the 49ers are next at +3300).