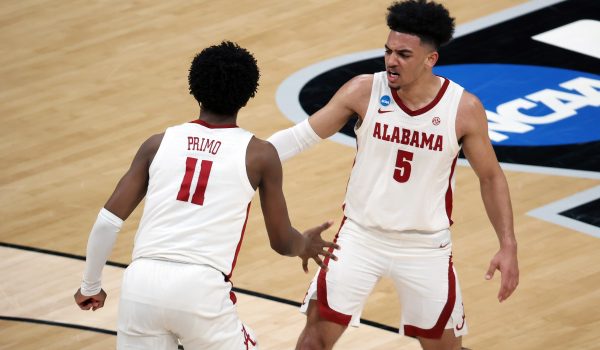 This year, March Madness has been more than living up to its name with a bunch of huge upsets and close games taking place in the first and second rounds of the NCAA Tournament. That said, I still find myself on a respectable 8-4 record ATS in my previews for Pickswise, and those who have been following my picks would be up 7.4 units if basing units on the star ratings.

I’m hoping to continue my good streak into the Sweet 16, for which I have previewed two games. Below are my two best bets for the Sweet 16, but make sure you check out our picks on the side and total for every single March Madness matchup as well.

This is an interesting schematic matchup, as both teams have some advantages over the other. However, Houston’s should win out, making the Cougars the recommended pick.

The caveat in this entire preview is the status of DeJon Jarreau. Jarreau was able to play 32 minutes in the game, but he’s clearly bothered by his hip injury. The assumption is that he will play, given that this game is not until Saturday.

The matchup analysis begins with Jarreau and the Houston offense, who thrive in pick-and-roll settings. Houston runs pick and roll on 31 percent of their possessions, which ranks as the 85th highest rate in the country. However, running pick and roll against a 2-3 zone defense like Syracuse’s is virtually impossible. Syracuse’s defense allows the third-lowest rate of pick and roll to be run against them in the entire country. Houston will need to find other ways to score, and this is where Jarreau can be utilized in the important high-post spot. Jarreau is a great passer, ranking 97th nationally in assist rate, so if he is able to operate in the soft spot of the zone defense, Houston’s shooters could have open looks.

Be sure to check out our full game preview for Syracuse Orange vs. Houston Cougars.

We are NOT Going HOME!

This is a very interesting matchup but there is more that favors Alabama, making the Crimson Tide the recommended side.

Everyone is likely familiar with Alabama’s preference to play in transition at this point, which they do at the sixth-highest rate in the country. UCLA is very good in transition defense rates in the 94th percentile, so they do have a very good chance to slow down the transition-heavy Alabama attack. However, Alabama is also very good in half-court offense, ranking in the 80th percentile. Alabama primarily uses the three-point shot to beat defenses, as the Crimson Tide rank 17th in the country in three-point attempt rate. This is where they should be able to find success, as UCLA allowed the second-highest three-point attempt rate to their opponents in PAC 12 play.

On the other end of the court, UCLA runs quite a bit of pick and roll plays and ranks fourth in the country in points per possession on those plays. However, Alabama is arguably the best team in the country at defending pick and rolls. Alabama ranks fifth in points per possession allowed in pick and roll settings, and the four teams ahead of them either faced weaker competition, faced less pick and roll overall, or both. Alabama’s perimeter defense should make things difficult for UCLA, allowing the Crimson Tide to be the team that covers at the end of the game.