Maxey entering NBA Draft, Edwards favored to be No. 1 pick 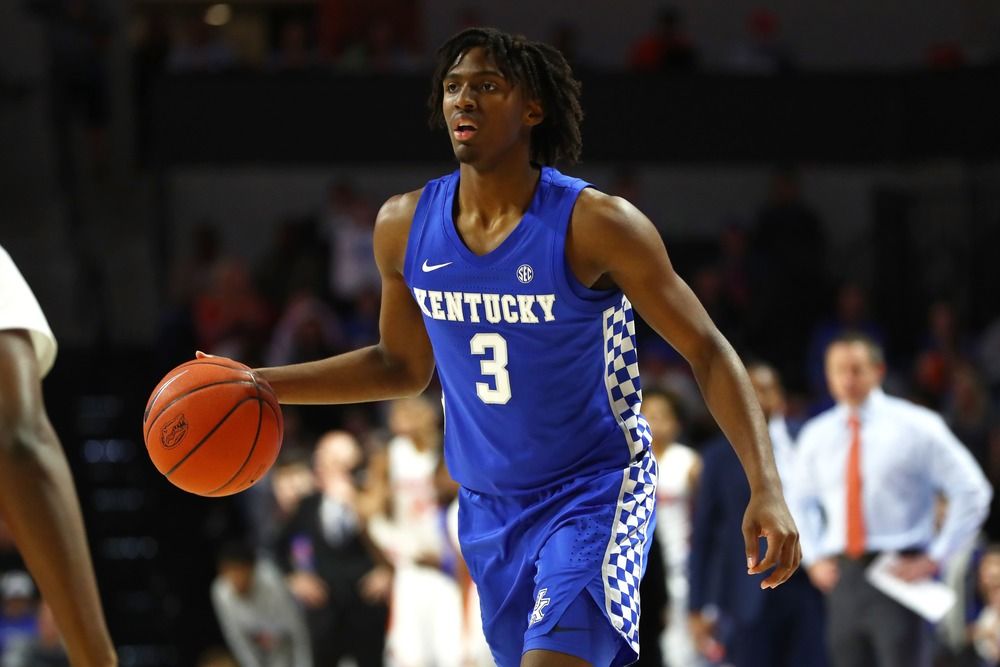 Kentucky freshman guard Tyrese Maxey potentially could have been playing for the National Championship on Monday. After all, this was the day the Final Four was supposed to culminate in Atlanta, Ga. Instead, Maxey and every other college basketball player in the land continues to be stuck at home amidst the ongoing coronavirus crisis.

Nonetheless, Maxey made it a memorable day. The Garland, Tex. native announced that he will enter the 2020 NBA Draft.

“My thoughts were that we would be playing for a national championship [today],” Maxey told ESPN. “Although we’re unable to do that due to what our country is experiencing, I felt like this was the day to declare for the draft to make it as special as I thought today would be.”

Kentucky head coach John Calipari took to Twitter expressing his thoughts on Maxey’s decision: “I was harder on @TyreseMaxey than any player this season, and there’s a reason. One, he’s a great kid with a confidence in his ability that does not waver. Two, he has a potential that he has only begun to realize. And three, Tyrese needed to be challenged to take that next step.”

Maxey averaged 14.0 points, 4.3 rebounds, 3.2 assists, and 0.9 steals per game while shooting 42.7 percent from the floor and 83.3 percent from the free-throw line. Among his notable performances was a 27-point effort on 9-of-14 shooting (4-of-5 from three-point range) against Louisville. He also torched Georgia with 17 points, eight assists, and seven rebounds. The 19-year-old is the No. 8-ranked draft prospect according to ESPN.

Stanford guard Tyrell Terry, a freshman, also announced on Monday that he plans to enter the draft. Terry averaged 14.6 points, 4.5 rebounds, and 3.2 assists per game. He shot 40.8 percent from downtown and 89.1 percent from the charity stripe.

Maxey, Terry, and everyone else trail Georgia guard Anthony Edwards on most draft boards. At the beginning of April, Edwards was a +125 favorite to be taken with the No. 1 overall pick in the 2020 NBA Draft. Former Memphis big man James Wiseman was a +150 second choice. Current odds to be the second selection have Edwards at +175, LaMelo Ball at +225, Wiseman at +275, and Dayton sophomore Obi Toppin at +400. Ball is a +250 favorite to be selected with the No. 3 overall pick and he is a +300 co-favorite along with Toppin to go fourth.

As of now, the draft is still scheduled for June 25. The lottery is set for May 19. Based on the current NBA standings, the Golden State Warriors, Cleveland Cavaliers, and Minnesota Timberwolves have the best chance (14 percent) of winning the lottery and snagging the top spot. The Atlanta Hawks are next at 12.5 percent, followed by the Detroit Pistons (10.5 percent) and New York Knicks (9.0 percent).