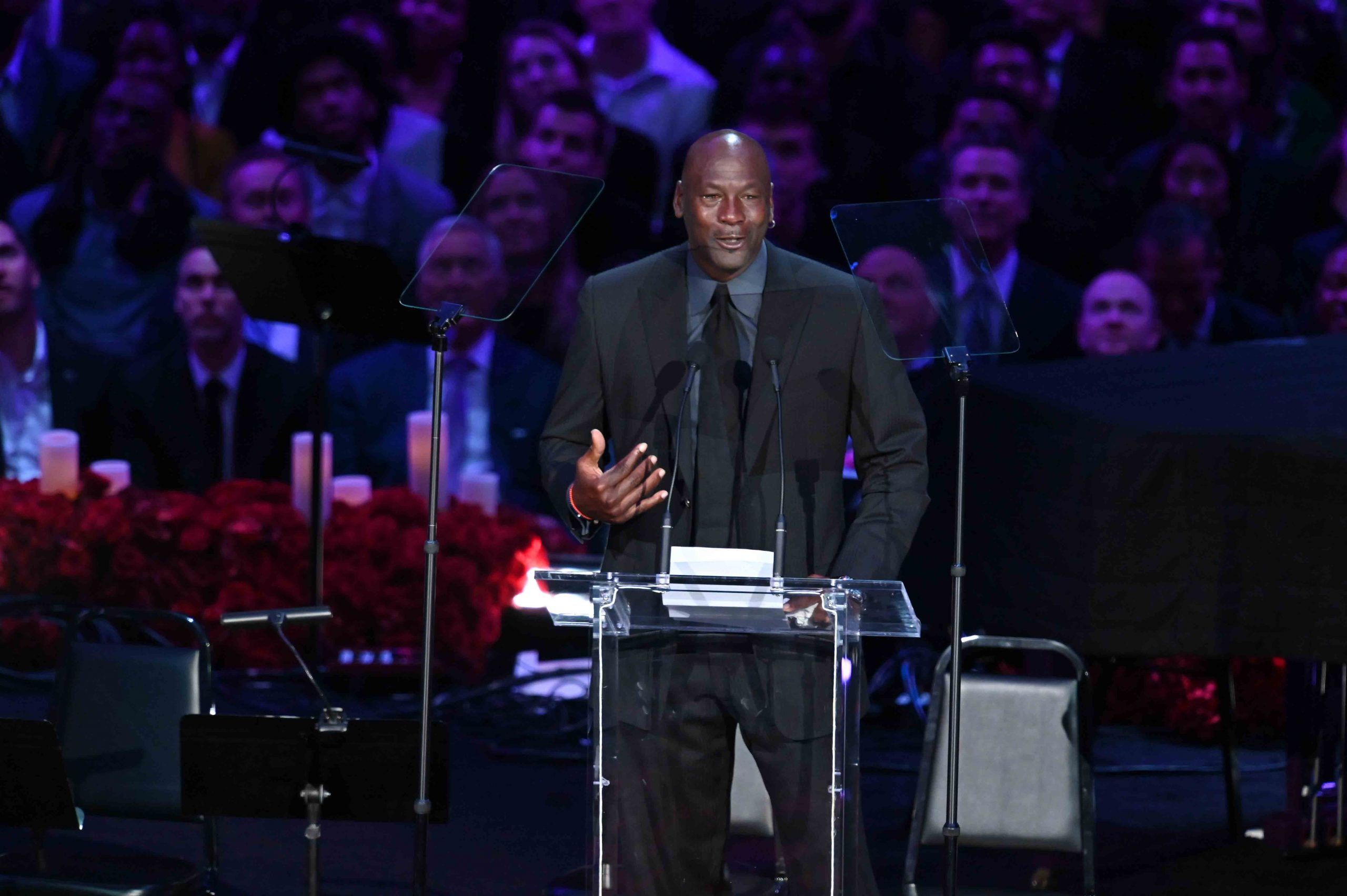 The Jordan Brand is a worldwide phenomenon across every major sport–even in the auto racing world. NASCAR to be specific, where Denny Hamlin has been a Jordan Brand athlete since the 2011 season. As a Charlotte Hornets season ticket holder, Hamlin has plenty of common interests with that team’s owner Michael Jordan. That role has expanded to part ownership in a new racing team starting in 2021. Jordan is set to become a new face of motorsports.

It’s true Michael Jordan will always be synonymous with basketball and the NBA. That doesn’t mean there aren’t other ventures he can pursue. This might surprise many, but Jordan is a lifelong motor racing fan. His venture into sponsoring Denny Hamlin might have been his first step into the sport, but now he’s all in.

That love for motorsport has taken a new direction. Jordan, along with current NASCAR driver Denny Hamlin, will debut their team in 2021. We don’t quite have the specifics on car number, sponsors or make quite yet. We do know who will be behind the wheel.

Tonight, I’m excited to announce MJ and I are starting a new, single car @NASCAR Cup Series team for 2021. Deciding on a driver was easy – it had to be @BubbaWallace. pic.twitter.com/nIJv0X6ZOX

Bubba Wallace really started a new trend in NASCAR beginning with his call to ban the confederate flag from all tracks in the sport. Wallace is finishing up his third full-time season in the Cup Series driving the famed 43 car from Richard Petty. Wallace teaming up with Jordan just adds fuel to the fire of the new diverse outlook for the future of the sport.

The sport has come a long way from the days of not giving fair treatment to drivers of all races or genders. Wendell Scott, who is in the NASCAR Hall of Fame, remains the only African-American driver to win at the top level.

This year has seen many changes across the world, and news of Jordan’s arrival could change NASCAR for years to come. With MJ joining the sport, he at least will have a former UNC teammate in Brad Daugherty to lean on for guidance. Daugherty has been involved with NASCAR for quite some time, as co-owner of JTG Daugherty Racing, which won at Watkins Glen in 2014. Michael Jordan has already said he isn’t here just to be in the sport, he is here to win. The mind of champion for sure.

Pickswise is the home of free sports picks, news and best bets. Check out our expert NFL picks and NBA picks for the latest game predictions and best bets.