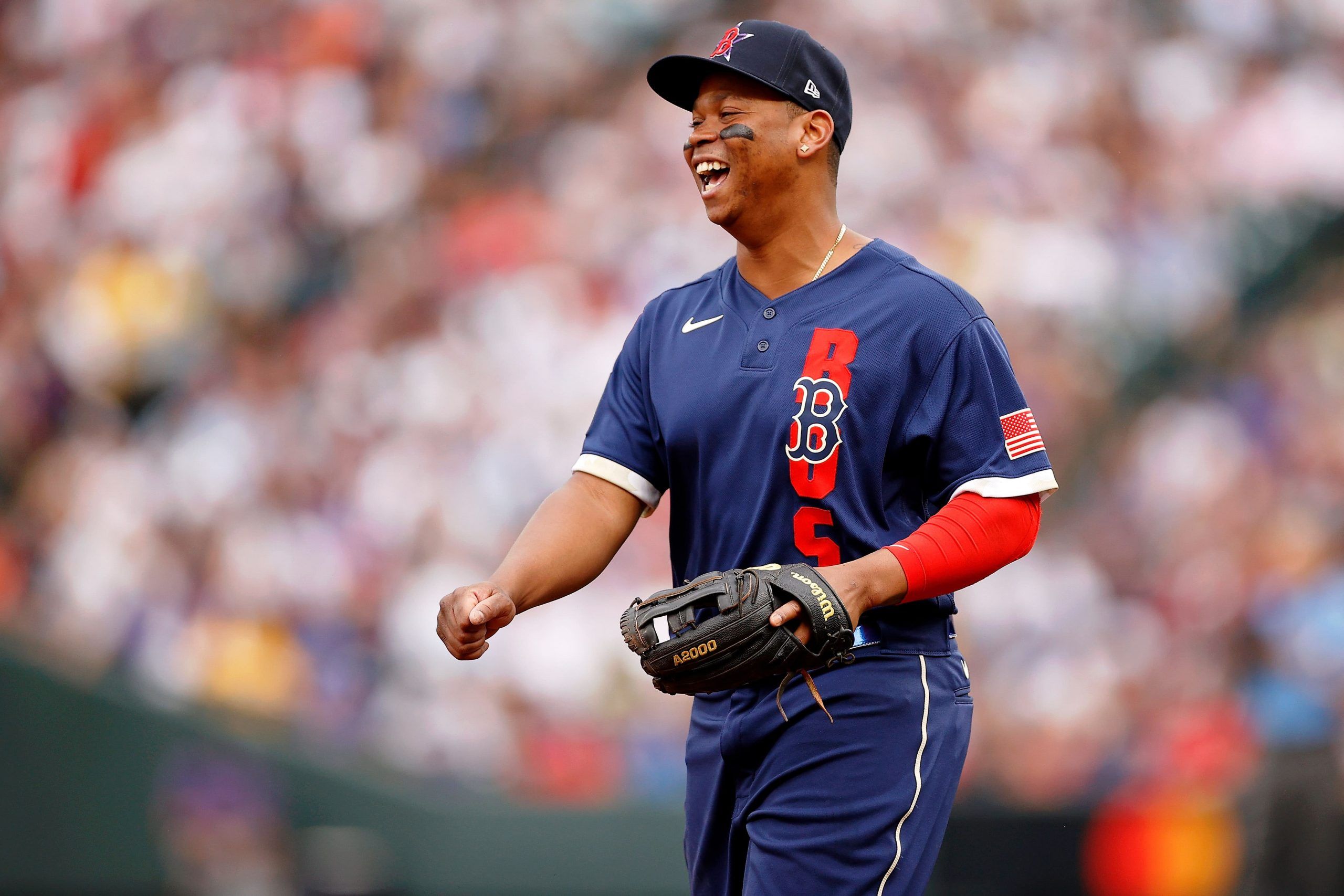 We’ve been loving our same game parlays here at Pickswise and all of the support we’ve received. They provide a great opportunity to attack premier matchups outside of the just standard side and total. Just because it’s the all-star break, doesn’t mean we’re taking a break. With this being a collection of all of the greats, there’s a lot more variability in terms of how much each player will see action and when. With that in mind, be sure to make this one of your more fun plays. Along with this same game parlay, stay up to date with all of our MLB analysis.

Being elected to the All-Star Game is always a great honor, and will therefore have the best both at the plate and on the mound. However, we’re going to bank on the bats outweighing the arms for this game. Of course, these players respect this game, but it also isn’t exactly a World Series-deciding one. With that mentality, it makes more sense to rely on the hitters. It’s much easier to perform at the plate with a relaxed approach than it is pitching and risking significant injury.

Although unlikely this close to first pitch, be sure to monitor any last-minute players who elect to bow out of Tuesday’s game. Rattling off numbers for some of the incredible hitters in the lineups would take hours, but it’s worth recognizing how well they can perform even against the best. Rafael Devers just smashed 2 homers against arguably the best pitching staff in the league with the Yankees over the weekend. Opposite him was Aaron Judge, who just tied Roger Maris for the most homers by a Yankee (33) heading into the all-star break. The National League also has guys like Manny Machado who faces the incredible Dodgers pitching staff on a regular basis, and Mookie Betts hitting in his home stadium. Simply put, back the bats to overcome some pitchers that may be leaving a little gas in the tank.

With the uncertainty in terms of how much and when certain players will see action, it’s only logical to target the starters. We aren’t guaranteed much, but 1 thing we should be able to count on is Paul Goldschmidt taking the batter’s box with Shane McClanahan on the mound. He’s batting 4th for the National League, but the Rays lefty should be given more than just 3 hitters. That’s surprisingly great news for the Cardinals slugger, despite how well McClanahan has pitched this season.

Obviously, this game features the best of the best, so all of the pitchers will be great. However, Goldschmidt is having a career year and has been the betting favorite for the NL MVP virtually all season. His 112 hits is tied for the 2nd-most in the league, which includes 28 doubles and 20 home runs. Part of the reason for that success has been his efficiency against left-handed pitching. That’s exactly what he’ll face with McClanahan on the mound. Goldschmidt has a .438 batting average and a ridiculous .828 slugging percentage against lefties just this season. As a career .327 hitter against them, bank on Goldschmidt putting that on display tonight.

Again, there is plenty of nuance when it comes to player props in an All-Star Game. Keeping in mind that no one will be playing the entire game, let’s again focus on a matchup we know we will see. Rafael Devers is batting 3rd for the American League, which means he is guaranteed to face Dodger Clayton Kershaw. Obviously the lefty ace is great, but Devers is having a career year as well. He’s the 1 that’s tied with Goldschmidt for the 2nd-most hits in the league.

He doesn’t generally get to hit Kershaw, but he too has been great against lefties. Of his 112 hits, 30 of them have come off of left-handed pitching. That’s helped him reach his .306 batting average against such pitching, all while facing some of the best. Keep in mind that he and the Red Sox are in the AL East. That means they regularly see the Yankees dominant pitching staff, along with the aforementioned Rays lefty ace Shane McClanahan. In fact, Devers just had 3 straight games with a home run against the Rays and Yankees headed into this all-star break. We only need a hit for this prop, so count on Devers to deliver.

Don’t miss our 3 best-value MLB futures for the remainder of the season!

Let’s cap off our same game parlay with a guy who can take advantage of hitting in his home stadium. Trea Turner hasn’t been a Dodger for long, but he’s already proven himself to the franchise and then some. It’s not just that he’s hitting at home; he’s been matchup-proof this season. His 111 hits is just 1 behind the first 2 hitters we’ve already targeted, but he’s been better in another similar category. Turner has the longest hitting streak this season at 26 games.

While that may not be Joe DiMaggio’s 56 games, halfway is still respectable. He too is having a great year against lefties, with a .309 batting average against them. It also seems beneficial to target another National League hitter, as Justin Verlander will not be participating and Shohei Ohtani just recently announced he will not take the mound. That’s the top 2 favorites for the AL Cy Young behind McClanahan that he will get to avoid. Just like Goldschmidt and Devers, Turner is coming into this all-star break as hot as ever. He’s currently in the middle of a 7-game hitting streak and has a hit in 12 of 15 games this month. This 1 won’t count towards the streak, but we can enjoy it nonetheless.