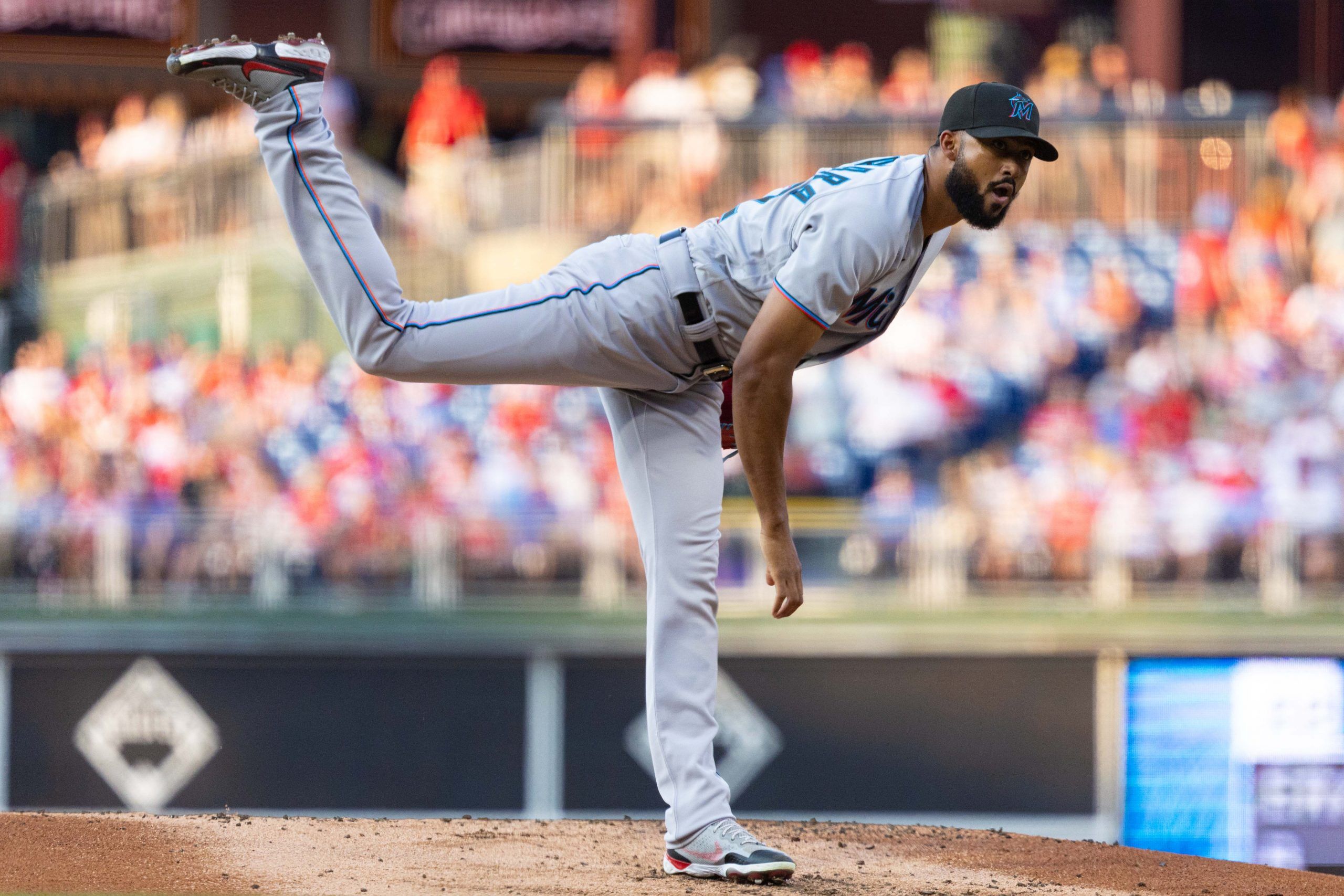 The dog days of summer roll on, and that means another packed slate of baseball on Friday. There are a number of compelling matchups throughout the day from coast to coast. And what better way to celebrate a full slate of baseball than by going for a big payday? That’s right, we’re back with another mega parlay with a payout of over 10/1 at DraftKings Sportsbook.

Before we dive in, don’t forget to check out our free picks on the side and total for every MLB game today. Let’s get into our mega parlay for Friday.

Philadelphia Phillies vs Miami Marlins under 7 (-115)

To start off this mega parlay, we are targeting the under in the Phillies vs Marlins contest. Sandy Alcantara is starting for the Marlins, and that alone can justify an under bet. Alcantara is one of the best pitchers in baseball and the current NL Cy Young favorite for good reason. The right-hander holds a 1.73 ERA with a 2.58 xERA in 130.1 innings, while throwing the most innings of any pitcher in the National League.

Furthermore, the Marlins ace will face the Phillies for the third time this season, which is bad news for Philadelphia. Alcantara has surrendered just 4 runs in 14 innings against the Phillies, and I expect a similar effort on Friday. He hasn’t allowed a run in his last 15.0 innings pitched, which bodes well for this leg. Additionally, Phillies starter Kyle Gibson is coming off a 2-hit performance in his last outing, and the Marlins lineup shouldn’t be much of a challenge. Don’t expect a high-scoring affair in this one.

For the second leg of our mega parlay, we are going with the Reds on the money line. Cincinnati is far from a playoff team, but the Reds are playing better than their record suggests of late. They’ve won 5 of their last 6 games entering Thursday night’s action, and are facing a Cardinals team that is just treading water. Another notch in Cincinnati’s favor is that Hunter Greene will be on the hill. While Greene’s raw numbers aren’t that impressive, the young starter has outstanding stuff and can get hot quickly. Greene shut down the Cardinals in his first outing against them this season, and he should be able to build on a 9-strikeout performance in his last start.

On the other side, the Cardinals will counter with Andre Pallante. Pallante’s peripherals are solid, but his whiff rate, strikeout rate and hard-hit ball percentage are in the bottom 10% of all qualified starters. The Reds’ offense has been solid recently, and I like their chances to produce against Pallante. Back Cincinnati to pull the upset.

For the final leg of our mega parlay, we are going with the Brewers on the run line. This game is priced as a pitchers’ duel, but I think Milwaukee has a decisive edge on the mound. Brandon Woodruff gets the call for the Brewers, but he’s allowed just 7 runs in his last 6 starts. The Milwaukee starter has been excellent, striking out 43 hitters in his last 32.0 IP. When Woodruff pitches, the Brewers tend to deliver at the plate. That bodes well for a meeting against Alex Wood on Friday.

Wood has not been as effective for San Francisco, with the Giants losing 6 of his last 10 outings. Even after 2 strong performances against the Diamondbacks and Padres, Wood still holds a 4.43 ERA with an xSLG of .423. Wood’s trouble with command this season could come back to bite him against a Brewers lineup that is top-10 in the majors in OPS. Back Milwaukee to take care of business on Friday.